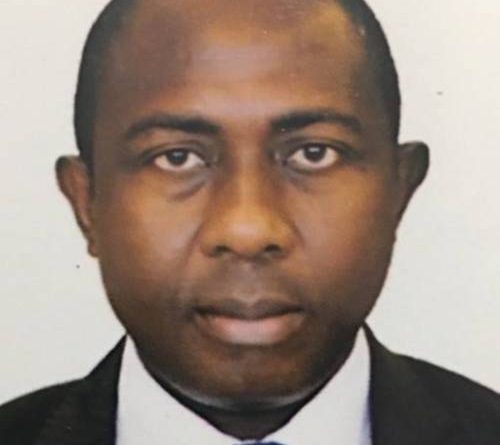 You can be forgiven if you think the present administration’s failure with regards to its communication began only last Monday with that embarrassing leak of the President’s national address. True, there was substantial goodwill when that famous victory was won at the 2015 general election,and the assumption was that beating a sitting president was due to the opposition’s excellent communication before and during the campaign.

However, look closely, and you will find that the foundation for the chaotic communication we have witnessed since Coronavirus became an issue was laid in the deception at the heart of that campaign project. The flawed makeover that produced the opposition’s candidate was carefully managed via a network of key people in the traditional media, soi-disant political communication consultants, and slacktivists. If there was anything common to the diverse group at all, it was the money they made from working for the well-funded noise machine created to serve certain political interests. The growing discontent even before last year’s election and the unfolding mess with regards to covid-19 messaging is confirmation that propaganda has its expiry date.

The muddled communication we are seeing in response to Covid-19 may speak to incompetent staffing, but it’s equally evidence of systemic failure as far as communication is concerned. In contrast to South Africa, which I am now privileged to observe at close quarters, it is obvious Nigeria lacks a comprehensive government communication policy. It would be insensitive to blame the present administration for an obvious omission that othersbefore it either failed to spot or knew how to address. However, that the arrogantly efficient noise machine that brought in this administration is failing miserably to support it now, is in itself, an irony. That the noise machine thrived at all in the way that it did is not a confirmation of or existence of any well-thought-out communication strategy but actually asign of the absence of one. And herein lies the tragedy of Nigeria and the chaotic communication that is visible today. While Nigeria is drifting, South Africa’s government communication policy guides all engagement at national, provincial, and local levels,and this has been obvious in the Covod-19 response.That document clearly stipulates the developmental aim of government communication, roles of political principals and spokespersons in addition to providing guided steps for every communication engagement for normal and crisis times. Such a detailed communication policy and plan leave no room for confusion and this is clear in the contrasting outcomes of the management of covid-19. A sound policy response driven by a dedicated Coronavirus website, WhatsApp number and robust consultation with business and other levels of government have shaped the entire South African response and won it praise internationally. You are left in no doubt at all as to what the government is doing because the website and WhatsApp line are well-resourced. In addition to and possibly because it makes all information available, there are rigorous efforts to counteract fake news. ‘Anyone that creates or spreads fake news about the Coronavirus COVID-19 is liable for prosecution,’ the government website warns. Thisclear messaging at all levels is in stark contrast to the confusion that is threatening to unravel the entire Covid-19 response in Nigeria. A taciturn president and a communication team which in the absence of a clear communication policy appears to be lost, are a terrible combination to have in a crisis. As all communication professionals know, the best thing you do with bad news is to make sure you provide a clear, accurate and concise message, preferably from the very top. What we have had in Nigeria is anything but. Misinformation, mixed-messaging, deliberate withholding of crucial information, have muddled up the messaging, hence the obvious failure to get Nigerians on board.

In the absence of the clear, accurate, and concise messaging needed in a time of crisis, their noise machine sought to fill the void with those stories about international agencies praising Nigeria for its handling of the Covid-19 response until their follies were no longer sustainable. While they celebrated the country’s readiness and ability to handle Covid-19, in their usual manner, there was no evidence of any sound reasoning and willingness to use one if provided. Was there any basis for those early celebrations? I know we overcame Ebola in commendable fashion, but this is a different kind of virus, and the context is different. Faced with reality, most of them have moved on, citing the relatively low figures of infection in Nigeria as evidence of good work. They are quick to circulate the daily figures from the Nigeria Centre for Disease Control (NCDC) pointing out the relatively lower figures in Nigeria compared to other African countries like South Africa.As of Friday, Nigeria had tested only 15,759 people and recorded 2,170 confirmed cases, which is a 13.7% infection rate. In contrast, South Africa hadconducted 217,250 tests and recorded confirmed cases of 5,951, showing an infection rate of 2.7%. If you were to believe the praise-singers, you would think Nigeria was doing better in the effort to contain Covid-19; that’s until you put the figures into proper context. As important as the number of tests conducted is to the story on Covid-19 management is, it is often missing in the narrative. A few other examples illustrate the problem.

When Sahara Reporters broke the story that the late Chief of Staff to the President, Abba Kyari, had tested positive to Covid-19, there was the usual denial, but if that was expected, what followed is an example in how not to communicate during a crisis. Following the audio leak that suggested that he had been smuggled out of the country for treatment, there were suggestions that he was being treated in a Lagos hospital following which state officials denied being aware of his whereabouts. The handling of his infection and treatment left many questioning what was there to hide, especially when the British Prime Minister, Boris Johnson, was seen being wheeled into intensive care unit (ICU) following his infection with the virus. It was a missed opportunity to reassure Nigerians and get them behind the effort to fight Covid-19. If the handling of the treatment was questionable, the burial was an unpardonable public relations equivalent of hara-kiri. Against the existing rules that Covid-19 corpses would not be handed to their families for burial and prohibiting public gatherings, the late CofS received what looked like a state-backed burial. In itself, the gathering was bad enough, but the video that caught one of the pall-bearers discarding his personal protective equipment (PPE) just outside the burial ground in Gudu, Abuja,was a PR disaster of significant proportion. If the government wanted to announce it was not committed to the existing lockdown and the effort to contain Covid-19, it could not have put together a better strategy. From the statement credited to the Minister of Information, Lai Mohammed, that ‘corpses cannot be claimed for burial’ to the announcement by a government spokesman, Garba Shehu, that they had received the body, the message was: Do what we say, not what we do. From the video that caught the discarded protective suit to Shehu claiming the government was helpless and could not do have done anything to stop the burial, it all looked like a government efficiently sabotaging itself. In allowing the burial to hold, the administration missed a great opportunity to send a strong message that it was on top of Covid-19. The South African government didexactly that when President Cyril Ramaphosasuspended a cabinet minister for two months and fined her a month’s salary for breaking the lockdown to attend lunch. There have been more missteps that suggest the communication problems run deep.

The decision to lockdown only a few states can only be assessed when this is all over, but some of the actions suggest a lack of sound reasoning behind them. For instance, the distribution of palliatives, which was less favourable to Lagos and Ogun states as well as the conflicting signals from Kano State regarding the two-weeks lockdown announced last Monday, suggest policies are still made with little or no data. Such a decision-making process that has defined policy-making in Nigeria is usually shrouded in secrecy, but in crisis situations like Covid-19, it does a lot more damage. In addition to losing the chance to market government policy, the air of secrecy opens the door to different interpretations. Either way, the government struggles with its messaging and loses the people in the process. There would have been no need to worry were it not for Covid-19, the successful containment of which depends on the cooperation of all Nigerians. I get the feeling government recognizes this because it has asked Nigerians to take responsibility for the fight against the virus going forward. Like all messaging since the first case was reported in Nigeria, this is another one where it is difficult to understand what is intended. Mixed-messaging like this by the administration could leave people unsure whether the government is admitting its lack of capacity to help them or whether it is simply telling Nigerians they were on their own. Either way, it could have been better. As phased reopening of the economy begins today, the relatively low testing and absence of any government policy to assist Nigerians hardest hit by the lockdown, suggest that people are on their own whether or not officials are saying so. Somehow, I am sure Nigeria will make it through but then, the earlier we start to think of what happens with our national communication post-Coronavirus, the better. As this virus has shown, the absence of a government communication policy weakens us as a nation in times of crisis. We need to start working on putting one in place.

Akintola Olaniyan is a communication specialist and PhD candidate at the University of Witwatersrand, Johannesburg 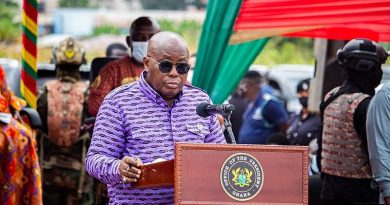 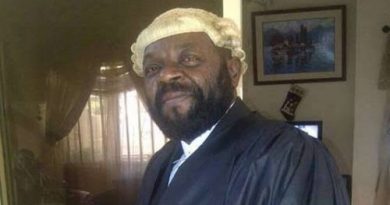 It’s A Lie: Igboland Is Not Landlocked By Aloy Ejimakor