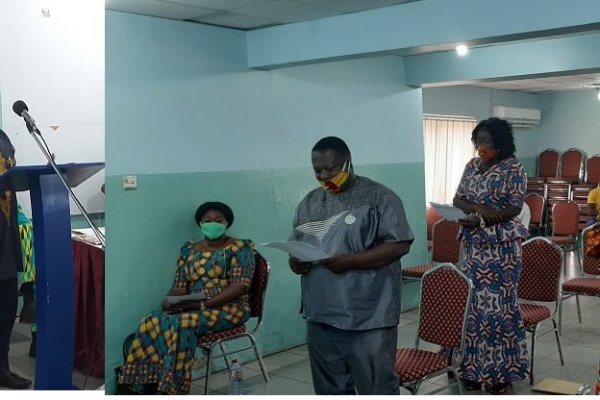 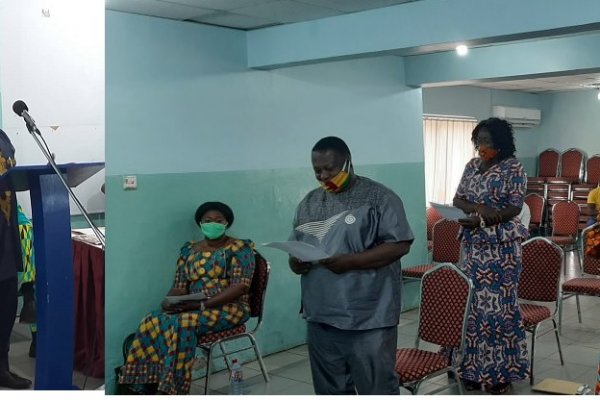 Mr. Yaw Buadu-Ayeboafoh, Chairman of the National Media Commission, swearing in the four, urged the members to ensure that the policies they come out with were implemented by the executive to the fullest.

He said where management was not responsive to the policies the board must act but the board should never attempt to go to the level of implementation.

This is because when the Board does that, it interferes with the work of management and would affect how the Board would evaluate performance of management.

“The Board should not at any stage go into the realm of implementation of its own policies as there would be no proper yardstick for measuring management performance,” he said.

Mr Ayeboafoh said it was important that everyone appreciate the responsibilities that had been given to them that if they fail or messed up as a board member, your assets could even be sold to defray the cost.

“In contemporary times, people believe that when things go wrong in an organisation the leaders are part of the cause and if you are appointed as a leader and the job collapse through you, it could be that your own property will be sold to pay for whatever debt. So you are a leader, you have to ensure that you work diligently and also think about the job and not your personal interest only,” he said.

“So a bigger responsibility is being entrusted to you as board members and you must make sure that you use it to the good of the organization. I have no doubt you will live up to the expectation,” he added.

He urged the media, especially the mainstream media, not to give credibility to fake news because for so doing we endanger the profession of journalism.

He urged members to ensure collective responsibility of the practitioners and the pioneers, whose vision eventually saw the birth of the Association in championing the fight against the culture of silence and the various forms of oppression and injustice going on in the society at the time.

Mr Roland Affail Monney, President Ghana Journalist Association, recalled the critical role of the private media during times when the media were shackled by all sorts of laws, including the criminal libel law and the culture of silence, adding that it took brave men and women of PRINPAG to soldier on and earned back media freedom.

“So we owe a huge debt of gratitude to members of PRINPAG for the invaluable contribution in the development of journalism in Ghana,” he said.

He said there was the need for the media to look beyond COVID-19 and strategise to see how best to recalibrate and reinvigorate the media to play its role adequately in the country’s development.

Five of the Board members and executive members were sworn into office last year.

Mr Ebow Quansah on behalf of the team pledged their unflinching support to the task, saying they would continue to put PRINPAG on a higher pedestal, where it deserves to be.

“PRINPAG has paid its dues to Ghana and it is our duty to continue with the success made by our forefathers. As a board we have a duty to ensure that not only PRINPAG survives but also, take responsibility for whatever iniquity it is. We will do so with all our heart.

Three-hundred and seventeen people have been killed in road accidents in the Eastern Region between January-October 2020 and 1,925 were