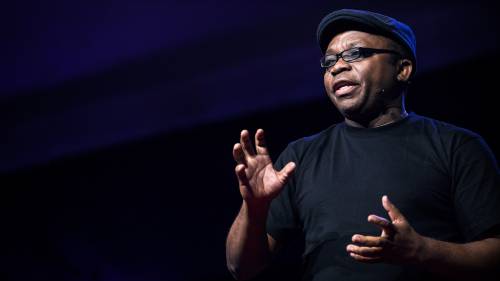 Once again I am challenging, the founder of Omega Ministries, Apostle Suleman, to heal a coronavirus patient and get a sum of money, this time a higher amount-five thousand US dollars. I am throwing the challenge one more time because Suleman has in his response refused to categorically accept or decline the offer. Suleman seemed to imply that the amount, which I had earlier advanced was little.

Let’s not forget that in his widely circulated video, Apostle Suleman offered to heal COVID19 patients for free. Thus a thousand dollars offered for him to perform the same activity could not have been a disincentive. I have castigated Suleman for being insensitive and for pretending to have a cure for a virus that has killed tens of thousands of people worldwide

I urged the NCDC to sanction him for evangelical recklessness, and for advancing propositions that could lead to the spread of the infection and more deaths. In the article, I made it clear that Apostle Suleman was peddling bogus therapeutic claims given the fact that there was no evidence that prayer could heal any bacterial or viral infection or any disease at all.

Surprisingly, this insightful comment did not go down well with this pastor. And in his reply, Suleman denounced me. He adjudged my statement as ‘nonsense’, stating that God was bigger than the coronavirus. I said well, if he believed that prayer had any medical efficacy, and could heal COVID19 patients, then he should come forward and prove it under scientific conditions.

Apostle Suleman boasted that he could heal 18 out of 20 patients. I asked this televangelist to heal just one coronavirus patient and go home with seed money of a thousand dollars. Is that not a good offer? Is that amount not more than the monthly tithes of some of his church members? I even went further to give him an alternative option. That, in a situation where legal and ethical concerns stopped him from accessing and healing a COVID19 patient, he could faith-heal an HIV patient at the same fee. Was that not magnanimous?

Instead of taking advantage of this historic opportunity to demonstrate his faith healing abilities, Apostle Suleman resorted to being evasive and making excuses. He stated that he would send me details of the people he had healed. Did I ask him for that? No. Did I challenge him to produce the names of those that he had healed? Not at all. He went further to indulge in personal attacks, describing the one thousand dollars that I offered as a sign that I was ‘broke’ and ‘poor’. I mean, that was not the issue at stake. I did not challenge Apostle Suleman to a show of wealth; to demonstrate if he was rich or if he was richer than me. I asked him to prove in a way that was scientifically confirmable that he could heal a COVID19 patient as he claimed. That was all. Once again he dodged the matter and could not demonstrate his ability to heal a patient through prayer.

Now it could be that Apostle Suleman was unable to accept the challenge because the amount was too small as he hinted. So a higher amount could get him to perform. Look the world urgently needs a cure for the coronavirus. There is no better point in human history that the healing power is needed than now. The world is literally in lockdown and many local and international businesses have been grounded due to the coronavirus pandemic. So it is proper to incentivize the discovery of a cure or a healing facility even at a paltry sum. Anyone who claims to have an ability to heal by faith and prayer should be allowed to demonstrate it even if at an extra cost.

Apostle Suleman should bear in mind that if he succeeds in healing a COVID19 patient through prayer, he would instantly become a billionaire. He would be richer than the Bill Gates of this world and then stop relying on tithes and offering. And who turns down such an opportunity for a financial breakthrough? That was why after some thoughtful consideration, I decided to challenge Apostle Suleman again. This time I am challenging him to demonstrate his so-called gift or power of healing a COVID19/HIV person and take home five thousand dollars. This healing performance will take place under agreed scientific conditions and the money will be handed over to Suleman after the healing has been confirmed. I hope that Suleman accepts the challenge this time so that the world would bear witness to his special gift. Whether for a fee or for free, Suleman should come forward and prove his faith healing abilities. No more excuses!

And if perchance, Apostle Suleman forges another alibi, and declines this healing challenge. If he refuses to rise to the occasion as he did when I offered a thousand dollars, I hope other pastors who claim to have such powers would come forward and heal a COVID/HIV patient through prayers and take home the sum of money.

Apostle Suleman, will you accept the challenge this time? Is there any pastor who could rise to the occasion? A coronavirus stricken world is waiting to benefit from your healing powers

Leo Igwe directs the Advocacy for Alleged Witches(AFAW). AFAW is not a witches’ group as has been reported but a campaign initiative to stop witch persecution in Africa.

Restructuring Nigeria doesn’t depend on North, anybody ― PANDEF 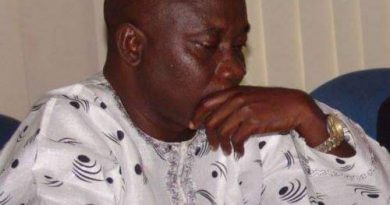 Let The Church O Satan Be By Adeola Soetan

Careful not every frnd request is a genuine frnd request,some of them ar fake created by those who secretly hate u to watch over u ... See MoreSee Less

Keep up the good work

Funeral rites for the late murdered MP for Mfantseman, Ekow Kwansah Hayford, are currently underway in the Central region amid