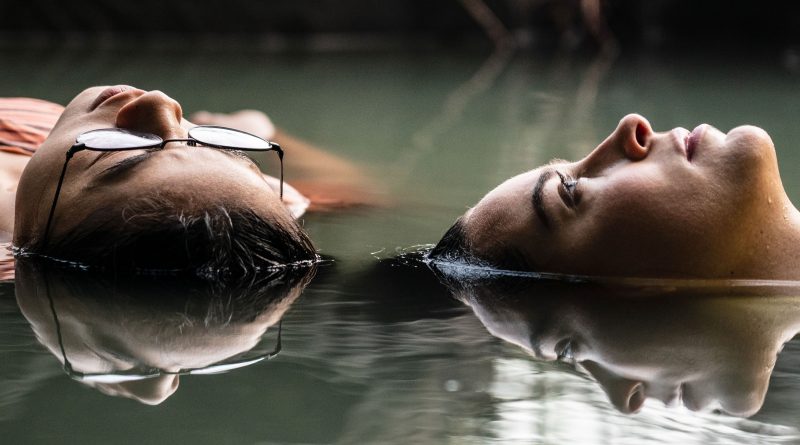 The Half Of It pulls no punches. From the very start of Netflix’s newest coming-of-age rom-com, the quiet and smart Ellie Chu tells you exactly what you’re going to find: “In case you haven’t guessed, this is not a love story,” she says. “Or not one where anyone gets what they want.”

Ellie, played by Leah Lewis, is the film’s Cyrano de Bergerac. A first-generation immigrant in the small, religious, and casually racist town of Squahamish, Washington, Ellie typically only interacts with other students when she helps write their essays for money. The twist comes when football player Paul (Daniel Diemer) asks her to ghostwrite letters to the popular and beautiful Aster (Alexxis Lemire), not knowing that Ellie also has a crush on her. Written and directed by Alice Wu, The Half Of It reworks a typical high school story to explore all the different ways love can take form—and then transform.

Days before The Half Of It hit the streaming service, I jumped on the phone with 23-year-old Lewis (“My birthday is December 9. Someone on Wikipedia put my birthday not as December 9 and I just need to clear up the rumors.”) to talk about bringing Ellie to life and how she managed all those bike scenes. You’ve been warned: There are spoilers ahead!

I love how strong Ellie is. Even though she’s a loner at times, she doesn’t cower to anybody. How did you see her?

Part of what I love most about Ellie Chu is she is this very unaware badass. You see her taking care of her family. You see her holding down the fort at school and being a hero with all these unconventional hero qualities. Normally, the hero of the story wants to be seen. I came to Ellie with more of an upbeat, energetic, sure-of-herself take. When I talked to the director, she and I were able to find the side of me that was more observant, quiet, patient, and internal. Stepping into this role was a real privilege because I was able to see that part of myself as well—I had never had much confidence in [that side before].

The tagline for the film is, “Not every love story is a romance,” and that scene with you and Aster in the hot spring is so intimate without necessarily being romantic or sexual. How did you portray that kind of female friendship?

What’s particularly special about that scene is, as Aster said, “This is the first time I’ve never talked about boys before.” You see these characters really connect with each other for the first time, without any expectations of having to be the typical young girls who chat about boys in the hot tub. I’d [always] thought that love was going to be a certain thing because of what I’d read and what I’d watched. But I’ve come to find that love is not what I’d thought at all. You don’t always get the guy, you don’t always get the girl, but it is that platonic love that you understand and start to feel. It’s the family love. [And] self-love is a really big one.

Ellie and Aster bonding in the hot spring.

Let’s talk about the love story between Ellie and her dad. Did you relate to that with your own family?

What’s really cool about Ellie and her father’s relationship is the two say no more than 10 sentences to each other in the whole movie. But you see the way they fall into the family roles of taking care of each other. I had to not cry during the scene where he gives me the dumplings. There comes a point where your parents let go a little bit. When Ellie’s father says, “Have you ever loved someone so much you just never want them to change?” I can relate to that so hard with my family. Every single day my mom calls me and is like [Lewis starts talking in a New York accent]: “Oh my god. You were just a little kid, and I just see you as the same.”

Ellie and her dad.

Unfortunately, it feels so rare to have a queer, Asian woman as the lead in a film, especially one about love. What did you think when you first read the part?

When I got the call, I remember being in [the supermarket] Ralphs, and I just fell on the ground crying. I’d grown up never really seeing films like this, where there’s an Asian-American lead or an Asian lead. It centers solely around just her life, and also [touches on] the LGBTQ experience. It’s an absolute privilege and an honor, something I never would have expected. Even just two years ago, I was watching To All the Boys I’ve Loved Before. I didn’t even realize until [that moment], but when I was watching Lana Condor play this adorable, funny, quirky, intelligent, lovable character, that was the first time I actually really envisioned myself landing a similar role one day. Before that, I didn’t think that was really possible. That was when that dream popped into my head.

Lulu Wang on the Real Secret Behind ‘The Farewell’

We also love To All the Boys here at ELLE.

People have asked questions about To All the Boys, comparing us to them. I think what’s really cool about it is, one, the similarities are awesome. Two, we’re showing different sides of the Asian-American experience, or the Asian experience rather, and I think that’s important for people to see. It doesn’t always look one way. Then you watch something like The Farewell, which is completely different. It’s all this variety and inclusivity.

She has become one of my confidants. She drew all of these intimate things out of me that I never would have expected existed. It was pure magic. Just an example: In order to build the relationship between Paul and Ellie, she’d have us sit and just stare at each other. By the end of the film, we were so close that we could just sit there in complete silence for hours. The day of the train scene, where we had to say goodbye, she pulled me aside and then she pulled Daniel aside, and asked us both, “What is it that you guys wish for each other, and what do you want for the other person out of life?” I remember thinking, “I want Daniel to be successful. I want him to be happy and find love in his life.” Then right before we were about to shoot, she whispered in my ear what Daniel wished for me. I was absolutely bawling. I really feel she’s taught me how to act.

Wu and Lewis on set.

Ellie is such an intellectual. Did you read or listen to anything to prepare?

Alice gave me the play No Exit that shows up, I think, three to four times in the film. Mrs G. talks about No Exit, which is written by Sartre, and Ellie tries to explain existentialism and No Exit to Paul. The logline of No Exit is that hell is other people. These people are stuck in hell, and then these people in The Half Of It are kind of stuck in Squahamish. Alice also created a playlist for each of us that was tailored to our characters. There was one specific song, “Heartbeats” by José González, that Alice had me go back to every time I had to reach that quiet, contemplative state of mind that Ellie is in as she’s thinking about Aster or as she’s riding her bike.

There are so many scenes of you riding uphill. Do you have legs of steel now?

I work out in my spare time, so that wasn’t that much of a worry, but I’m not the best bike rider. Thank you, by the way, for noticing—there were a lot of hills. It was raging hot on the day we shot the part where Paul pulls Ellie off her bike, and I kid you not, girl, I fell in a ditch. I could just hear Daniel in the back laughing, and Alice running to the scene and being like, “It’s going to be okay. Come here, let’s just talk about it. Let’s talk about the biking. You’re okay.”

This interview has been lightly edited and condensed.

The Half Of It is now streaming on Netflix. 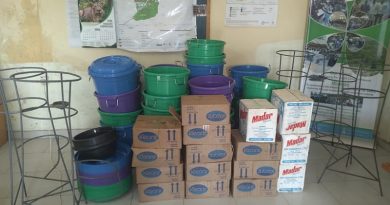 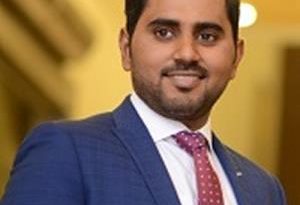 Full of flavor and full of satisfaction, arroz con pollo is one delicious Latin dish

You build who wants to be built.

You cannot build grown folks... They are already who they are.

I disagree with you totally sir there are some inherent trait and characters that some ladies possess even when you go on three months dry fasting and prayers they will never make her change there was one I mearnt back then in campus I manager to toloeate her nasty and uncultured characters through my three years program in auchi, bro that girl is demon thank God I don't end up marrying her, am happily married now with a bouncing baby boy.

Some can never change, more you try to change her, it makes you weaker as a man and that’s untimely death, some women attitude are inbuilt from the womb

You can't change an adult. You may have to be the one to change to accommodate her.

In the process a man will develop high blood pressure and stroke.

If she is ready to learn

Not applicable to every woman. Some are root to early grave. Some men as well.

Do you know what it takes to change human beings. You want to bind a dried fish.

Member of Parliament for Asawase, Mohammed Mubarak Muntaka has apologized for making bribery allegations against a justice of the Supreme