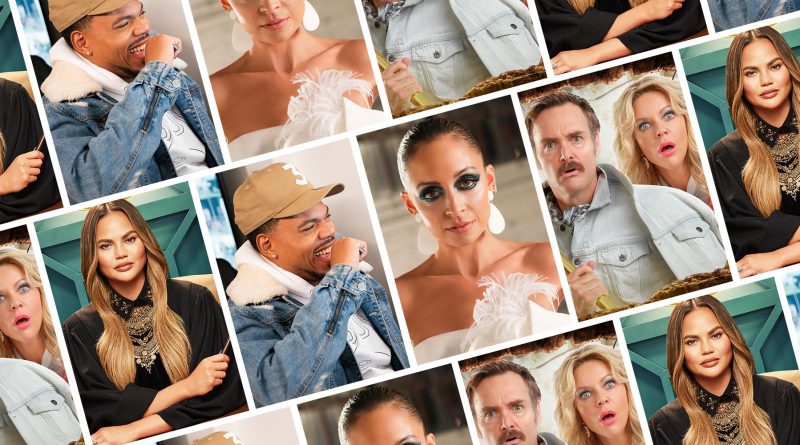 Her name is Cricket. We never learn how she got this moniker, nor why her outfits change from scene to scene like some sort of inverted chameleon, changing its skin color to stick out rather than blend in. But she’s radiant, stealing every scene she’s in with her bubbly enthusiasm and fuchsia-painted lips. If she were played by any other actress, you’d probably hate her.

But Cricket is played by Kaitlin Olson, aka Dee Reynolds on the long-running FX comedy It’s Always Sunny In Philadelphia, an actress who is incontestably lovable. Olson describes Cricket as “ludicrous”—but “ludicrous in a different way from the other ludicrous characters I’ve played.”

14 Shows You Should Watch on Quibi

This Designer Flips Murder Houses for a Living

Flipped, Olson’s new comedy on Quibi’s mobile streaming platform, follows Cricket and Jann Melfi (Will Forte), a pair of married, recently unemployed, self-proclaimed artistes who hate-watch home-renovation programs over their TV dinners. When their favorite network announces a competition for a new house-flipping show, the Melfis decide to give it a shot. They purchase a house from a foreclosure website, which (naturally) turns out to be the former meth lab of a local drug kingpin. After discovering his money hidden in the walls and spending it on their outlandish renovation, Jann and Cricket find themselves under said kingpin’s thumb, renovating not for the fictitious “HRTV” channel, but for their lives.

Olson took a risk in signing on to the Quibi production—her character is even more absurd than Dee, whom, you might recall, once impersonated a man to try out for the Philadelphia Eagles. But her greatest gift might be her ability to make audiences love a character they probably shouldn’t. Ahead, more on how she got involved and Cricket’s wild wardrobe.

Did you even know what Quibi was when hearing about this role?

I didn’t, so I got a full presentation about it. When Jeffrey Katzenberg asks you to launch a new platform with him, and it’s you and Will Forte, it’s kind of hard to say no.

What about Cricket drew you in?

It’s a departure from what I’d been doing for the last 15 years. I was looking for a completely different character. She’s so positive and optimistic and happy and friendly and dumb. She’s completely clueless about not only how untalented she is, but just how everything in the world works.

Will Forte and Olson play husband and wife Jann and Cricket, who must renovate a drug kingpin’s mansion when he discovers they stole his money.

Your comedic chemistry with Will Forte is spot-on. How did the two of you develop that cadence?

When I signed on, I knew that we would be shooting this entire thing in less than four weeks. I was like, “Wow, that’s really ambitious.”

I move really quickly, and I’m used to moving really quickly on Sunny. We shoot Sunny episodes in three and a half or four days, which is really unheard of. We all know each other so well, and we have it down. We have great chemistry, so we do it as scripted, and then we play around a couple of times, then we just move on. We really fly through things, and that’s very abnormal. When I go and work on something else it seems like, “Ugh, this is taking forever.” So I was a little bit concerned, but when I sat down to the [Flipped] table read, it was very clear within two minutes that this was going to be really easy and really fun. We didn’t have to work on much. [Will’s] such a funny guy, and we really liked each other.

You’ve spoken about how you’re attracted to characters who are ridiculous but still relatable. There’s a human somewhere within all the slapstick and hyperbole. Do you see that in Cricket?

I really enjoy creating characters that are larger than life, but don’t head into cartoon or caricature land or sketch comedy land. As far as this character goes, I thought her optimism and her joy for the most ridiculous things was so wholesome and sweet. When she does snap, it’s really funny because you don’t see it coming. She’s not that kind of person.

Back when you were getting started with Sunny, you said that you didn’t want to do it unless your character was just as funny, if not funnier, than the guys. You wound up turning Dee into one of the most beloved characters on the show. What did working on that production teach you?

I signed on to Sunny when it was a basic cable comedy on a network that was very new and didn’t have any comedies. There certainly was no money involved in it. But I believed in it, and I knew that it was going to be fun. For me, that’s really all that matters. I only choose projects now where I feel like I can make them special, and where I’m going to be enjoying my life.

We work really, really long hours. I cannot imagine working on a show where I was miserable or I didn’t really enjoy what I was doing just for a paycheck.

Olson at the premiere of It’s Always Sunny In Philadelphia’s 14th season.

How often did you and Will Forte go off script?

Well, that’s the other thing Sunny taught me. I think that the landscape of television has changed so much in the last decade. I know now that I’ll always feel comfortable sort of…not changing the dialogue, but making it work for me or tweaking little things to make it special so it’s specific to what I’m doing. So yeah, we play around a little bit. But it’s not like we rewrote scenes. It came to us very well-written.

I need to know who was the mastermind behind your costume design.

I am telling you, I was so delighted. The costume design was so delightful. That’s always a little nerve-wracking, to have your first fitting with a brand-new costume designer that you’ve never worked with before. I walked in and everything I tried on I loved. I was hugging [costume designer Sandra Burns] by the end, like, “Thank you so much for getting it.”

We had a conversation on the phone before my fitting where we talked about what I wanted to do with this character and who I thought she was. We were on the same page from the very beginning. I knew that I wanted my bangs to be their own character.

It’s so over the top, and yet you can see that everything was chosen so carefully to fit the characters.

Yeah, it really was. It was great to work with Ryan Case, too, our director. I brought all these ideas to her, and she was very open to every one of them. I was like, “Listen, I want my eyeshadow to change with every costume change to match my outfit.”

I mean, it’s such a stupid thing to do! And it might take a little extra time. If we’re bouncing back and forth, I’m going to have to go and change my eye shadow. But I promise I’ll be fast! She was like, “I absolutely love it. Surprise me.” So I would show up on set and she was delighted every time.

Olson has been married to her Sunny co-star Rob McElhenney since 2008.

Although Sunny hasn’t officially been renewed for a 15th season yet, your co-stars have mentioned wanting it to run “forever.” What’s next?

That is a really great question, as I sit here in quarantine thinking, “This is the perfect time to create your next show.” Rob [McElhenney, her husband and Sunny co-star] and I are talking about it. We’re throwing around ideas.

Like I said, when this came along, I jumped at the opportunity, because it was such a different character, and that’s very attractive to me right now. I love being the person who screams and yells and is enraged all the time—that’s really funny to me, but it’s also fun to do other things. So I’m not sure what’s next, but I’m definitely working on it right now while we’re stuck at home with nothing else to do. 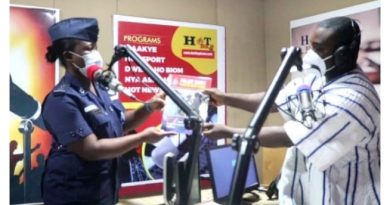 According to the Ghana Health Service (GHS) active COVID-19 cases in Ghana have fallen to 2,911, from the latest figures.