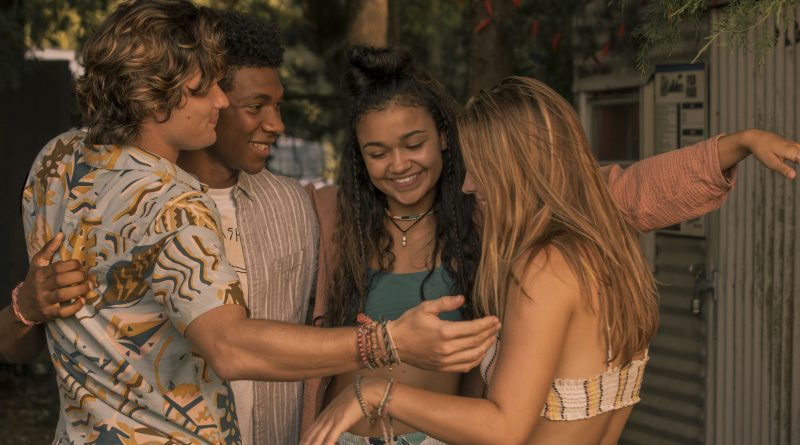 Hollywood loves to cast actors well into their 20s and even 30s as high-schoolers, and Netflix’s latest teen-centered drama, Outer Banks, is no exception. The show follows two sets of adolescents—the wealthy Kooks and working-class Pogues—as they search for buried treasure in their North Carolina beach town.

When they’re not channeling the Goonies in their pursuit of loot, these teens partake in summer flings, go boating, and indulge in a beer or two. Each character is said to be around 16, so the latter activity isn’t exactly above board. However, the actors who play them are well above legal drinking age. None of the age differences are as egregious as, say, Stockard Channing as Rizzo in Grease (34?!) or any number of the singing “teens” on Glee. Still, it’s interesting to unpack the age gap between the cast of Outer Banks and the characters they play. Ahead, a look at how old the ensemble is today.

Chase Stokes as John B

Stokes is more than a decade older than his character, the leader of the Pogues. At the end of the first season, John B is on the run with his forbidden lover Sarah. You may recognize Stokes from an appearance on Stranger Things and will next appear on the TNT series Tell Me Your Secrets.

The actress who plays the leader of the Kooks is more than five years older than her onscreen counterpart. In the show, Sarah has a complicated relationship with her father (Charles Esten) and an even more complex love triangle with John B (Stokes) and Topper (Austin North). Cline previously appeared in the Nicole Kidman drama Boy Erased and season 2 of Stranger Things.

The hippie-lite Kiara, or “Kie,” is about five years younger than Bailey, who appeared on The CW show Black Lightning.

Daviss, who plays the brainy and practical Pope, is also 21. He previously appeared on the NBC sci-fi series Revolution and indie Age of Summer.

JJ, an avid surfer and John B’s best friend, is played by a slightly older Pankow, whom you may remember from Netflix’s The Politician.

The final third of the John/Sarah/Topper love triangle has a secret heart of gold and nationally-ranked surf skills. He’s played by North, who appeared on the Disney Channel series I Didn’t Do It.

In some ways, not knowing Starkey’s true age checks out. On the show, he plays the mysterious 19-year-old Rafe, a college dropout struggling with drug addiction. You may know him from roles in The Hate U Give and Love, Simon.

As the lone high-school aged main cast member, Antonelli plays the pre-teen sister of Sarah. The actress previously appeared on Showtime’s Billions and the Nickelodeon series Every Witch Way. 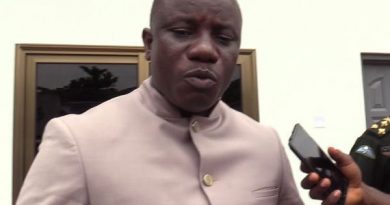 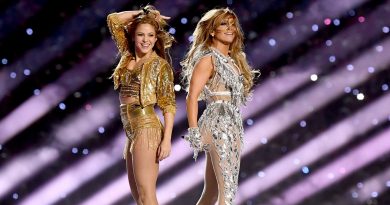 The Evolution of the Super Bowl Halftime Costume

After what feels like an eternity of quarantine skincare, and minimal zoom-meeting makeup, this summer promises a much-needed return to