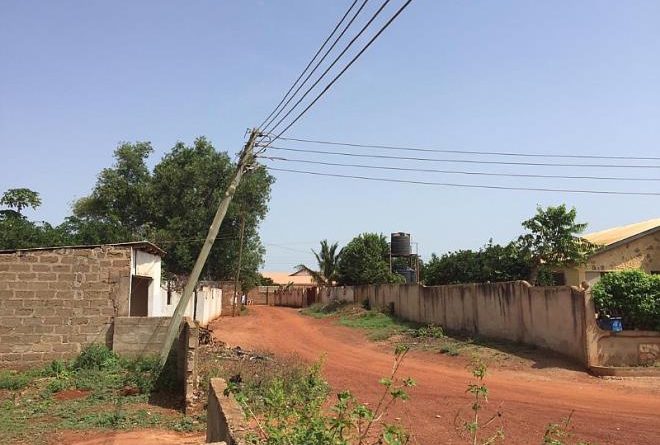 The rains are about to set in and there is already fear and anxiety in residents of Frafraha after calls to get the Electricity Company of Ghana (ECG) to fix a falling electricity pole went unanswered for the past 6 months.

Mr. Akwasi Addae-Boahene, a resident who has taken it upon himself to see the situation fixed, narrated that the pole which is located near the Jefkings Palace Hotel has been in that state for the past six months.

Speaking to Modernghana News, he said after contacting ECG personally via phone call to report the matter, the officers who responded to his phone calls assured him that field technicians would be dispatched to restore the falling pole.

He said, uptill now, the falling pole keeps yielding toward the ground day-by-day indicating that the situation is causing serious fear as the rainy season approaches.

According to him, several reports were sent to ECG through its App at the complaint section via email. He added that after several email correspondence, a respondent to his emails relayed the matter to the ECG branch at Dodowa, where an ECG personnel was sent to the scene to inspect the situation but left without returning.

Mr. Akwasi Addae-Boahene says he has been left with no other option than to run to the media in hopes of getting the further attention of the ECG to attend to the situation immediately to avert any calamity.

He is calling on the ECG to urgently fix the situation by the best means possible while noting that the worse could one day happen if nothing is done about the inclining electricity pole.

“There are several houses that draw from that pole and am just worried that one day it will just fall down and create some emergency situation for us”, he told Modernghana News. 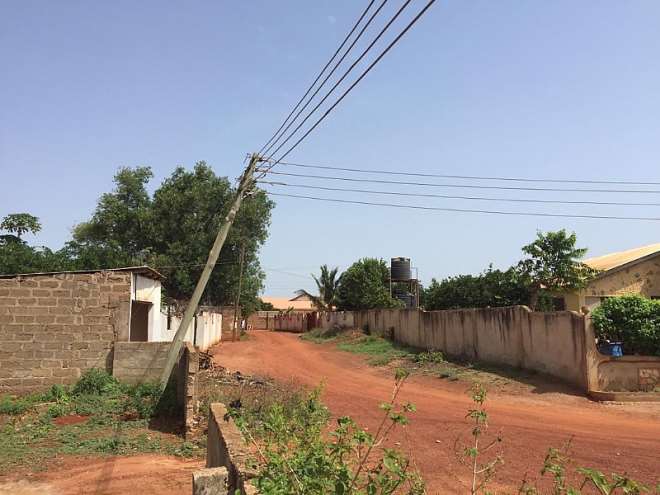 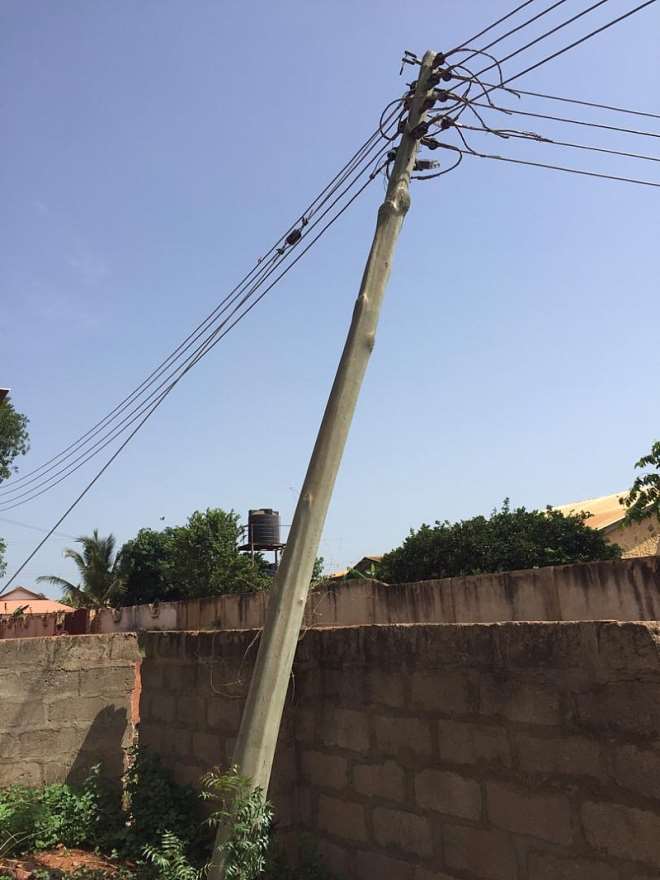 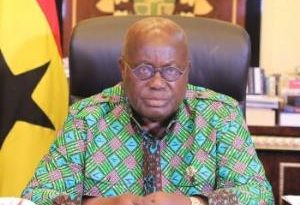 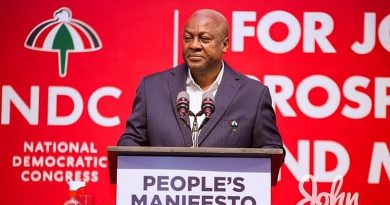 Fellow Ghanaians, good evening. This is the seventeenth (17th) time that you are kindly opening the doors to your homes