Nigeria ranks first for Neglected Tropical Diseases, NTDs, such as Schistosomiasis and Onchocerciasis, and third for lymphatic filariasis globally. It also has the greatest number of people infected with all the NTDs in Africa.

Deputy Director and Head, Public Health and Epidemiology Department, Nigeria Institute of Medical Research, NIMR, Dr. Babatunde Adewale, stated these at a workshop organised by the Department with the theme: “Current Techniques in Effective Laboratory Diagnosis of Neglected Tropical Diseases.”

Adewale added that “Nigeria accounts for one-fourth or more of the global disease burden of both Onchocerciasis and Lymphatic filariasis.

“In January 2012, the World Health Organisation, WHO, laid out a roadmap for controlling the burden of morbidity of neglected tropical diseases.

He explained that considerable evidence suggests that NTDs place major constraints on economic development in most tropical countries.

Adewale also said the potential for large scale improvements in health equity by tackling the diseases has been recognised in recent years by large-scale investment in controlling them.

NTDs are diseases that affect the poor and do not get much attention as the others diseases.

In 2017, the World Health Organisation, WHO, listed about 20 diseases as NTDs. Among them, six can be controlled or eliminated through mass administration of medicines or interventions.

The six are Dracunculiasis (Guinea Worm), Lymphatic Filariasis(spread by mosquitoes), Onchocerciasis(river blindness), Schistosomiasis (second only to malaria as most devastating parasitic disease), Soil-transmitted Helminths(Ascaris, Hookworm and Whipworm) and Trachoma(eye decease).

Meanwhile, worried by the challenges of NTDs, Director-General of NIMR, Professor Babatunde Salako, has pledged to reduce NTDs in the country to the barest minimum.

Professor Salako, who spoke at the same workshop, added that Nigeria has made progress in the elimination of the diseases, which he described as a diverse group of tropical infections common in low-income populations in developing regions of Africa, Asia and the Americas.

Stating that the workshop was geared toward enhancing diagnosis for NTDs for proper care and management in the country, he noted that the purpose of the programme was to impact current skills and knowledge to relevant health professionals, so that laboratories in the country will give out reliable results that physician can work on.

According to Professor Salako, “although we have not been able to eliminated NTDs, we are not where we used to be in the past.

“The institute will continue to strive on its part to ensure that NTDs is brought to its barest minimum and that is why this is coming up.”

He further pledged NIMR’s commitment to transmit useful skills to health workers in the country.

Speaking, the guest of honour, Minister of State for Health, Dr. Olurunnibe Mamora, who commended NIMR for organising the programme, said the workshop was designed to equip health workers on requisite skills and knowledge required in the use of modern laboratory techniques for diagnosis of NTDs.

The minister said: “Over an estimated one billion people in 149 countries in the world are affected by the menace, which gives rise to a myriad of adverse impact that resulted in blindness, cognitive impairment and death.

“This initiative by NIMR to build human capacity through training of health professionals is laudable and commendable.

“The World Health Organisation, WHO, has prioritised 20 NTDs based on their transmission and characteristics, makes them candidate for control and elimination.

“The meeting in London in 2010 by WHO, Melinda and Bill Gate Foundation and pharmaceutical companies was to ensure supply of drugs and other intervention to control and eradicate this disease, but diagnostic needed was not included.

“So, this workshop is coming at the right time.”

Mamora enjoined participants to cascade to the local level of care, where NTDs was being managed, the knowledge they were getting.

He further appealed for more partnership with private entities to increase the capacity and skills of health workers in the country.

“This could only be achieved when there is a pool of skilled professionals to actualise the laid out road map for controlling the burden of morbidity.” 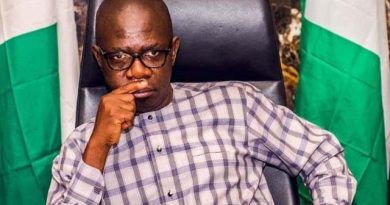