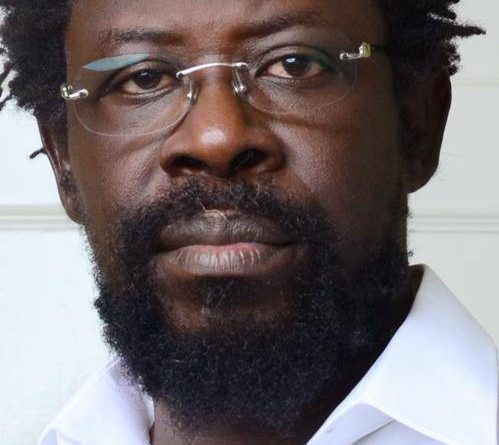 “Happy Workers Day? How happy is the worker whose lot is no different from the slave’s?”

In my youth, everyone went to the same public schools. The governor’s son, the ambassadors’ children. We rarely asked who your dad was, and you earned no privileges for coming from a wealthy home, everybody were treated pretty much the same. If anything, your parent’s prominence in society might guarantee you extra vigilance from the teachers determined not to cut you any slack, and thereby allow you to set a bad example. We were all the same.

I went to primary schools with the children of my neighbours. It was the post code lottery to gain admission into the primary school, and you generally went to the school closest to your house. I was not any exception. St’ Stephen’s Primary School, Inalende, was across the road from my childhood home, and that was where I was posted. When it was time to go to secondary school, I wrote the fiercely competitive common entrance exams and I ended up in my first choice school: Fiditi Grammar School, Fiditi. We were more in the hostels than there were day students, testament to the excellence of the village school.

Those, who failed the entrance exams were considered failures and dullards, and they would usually end up in private schools, only if the less fancied government schools deemed them unacceptable. Private schools were uncommon in my youth. The general perception was that private schools were for those that could not make the grades in the government schools, and it was not a thing of pride in my generation to attend private secondary schools. It was a mark of failure. Nobody that I know of, attended a private secondary school. If they did, they have made sure not to own it. Such was the shame.

I couldn’t have been more than 4-5 years old when it happened. But I have never lost the memory of my first health crisis. I had some sort of fever, most likely malaria, and I had to be admitted into the University College Hospital, UCH in Ibadan. I still remember the beautiful well turned out nurses with their dainty white caps, and the sparkling whiteness of their uniforms. I remember the fluorescent lights in the immaculate ward, and I remember Maami watching over me. I have never managed to forget the excellence that attended my care. That was 47 years ago.

I was born to a clerk in the Western region civil service and his young wife. I was raised by a grandmother uneducated by western standards, but one that was far more educated than the know alls of this age. My parents had no need to know anyone before I might advance in life. The Nigerian state into which I was born, as inequitable as it already was, afforded the room for upward class mobility. Rights were not hereditary, nor had the forces of feudalism overtaken the country. If you were good enough and willing to do the work, you were mostly afforded the opportunity to climb or clamber up the class ladder. If I were to have been born in this generation, I would have been amongst the One Million Boys.

The most damning evidences of the feudalisation of Nigeria, are to be found in the increasing stratification of Nigerians along class lines, the pauperisation of the middle class, their resultant focus on existential pursuits, and the mass weaponization of ignorance on the general populace in order to assure their impoverishment, and thereby guarantee their docility. The slave begins his walk to freedom, the day he realized the truth of his enslavement.

How many would happily send their wards and children to today’s public schools? How much are we paying to educate our children today? How many of us would gladly attend the government-owned healthcare facilities today? How much of our parents’ incomes went into educating us? How much of our income goes into the provision of services that our taxes should have assured? Happy Workers Day? Really?

The Awawa Boys, the One Million Boys, the owls that were hooting at the peak of the lockdown, they were merely presaging what was to come, but which is now here. If you lived through the first coming of the pestilence called Buhari, gather here. If you manned the barricades in the Babangida’s years of SAP, please lend me your ears: those were dress rehearsals for what is upon us. The Nigerian middle class is about to be decimated. The ruling class, economic and political, have never been more united in their resolve to survive as a class. Your survival would be dependent on your capacity to find common cause, and to stop fooling yourselves about any divisions in the ruling class.

May Day! May Day! The combustible lies of the Nigerian state have just caught fire.