A sixty-eight-year-old woman from Akwa Ibom State has died of Coronavirus otherwise known as COVID-19 ravaging the world.

The state Governor, Mr.Udom Emmanuel announced the death on Thursday while giving an update on Covid-19 in the state at Government House, Uyo.

According to Emmanuel, the new death brings to two, the number of COVID-19 death recorded so far in Akwa Ibom state.

Emmanuel who noted that the state now has six active cases explained that the three new positive cases were discovered in the course of the ongoing contact tracing exercise in the state.

“On the last laboratory test we conducted on 44 suspected cases, three persons were confirmed positive, while we lost one.

“The patient we lost was a 68-year-old woman who was transferred to the centre, totally unconscious. With multiple serious long outstanding comorbidity.

“And I want to use this opportunity to appeal to doctors please, whether it is Covid-19 or not, once the illness is beyond what your experience and facility can carry, seek the help of your colleagues.

“We would not accept cases of dumping any longer. A situation where you bring a patient with total unconsciousness, and a few hours later, the person just gives up the ghost, we won’t accept that any longer”. He asserted

Governor Emmanuel, however, reported that the state has recorded remarkable successes in terms of treatment of minor symptoms, adding “Our recovery rate is remarkable. Only God can help the entire world”

He stressed the determination of the state government to continue to provide the state with excellent medical care, while also encouraging Akwa Ibom people to continue to follow all necessary preventative measures.

The Governor used the occasion to reiterate that passenger’s traffic remains embargoed, as ban on inter-state transport services has not been lifted and warned that anyone caught, would be detained for 14 days.

“No passenger movement, nonmotor park should load or offload, else we would keep you for 14 days. Except for those on essential services such as Heath professionals, foodstuff, and the media”.  He said 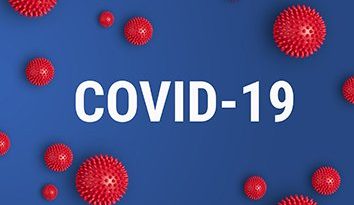 How do I cover COVID-19? Frequently asked questions for CPJ’s safety experts

Boko Haram: We have to maintain control over liberated territories, Burarai tells troops