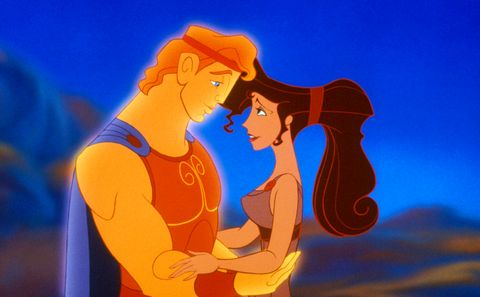 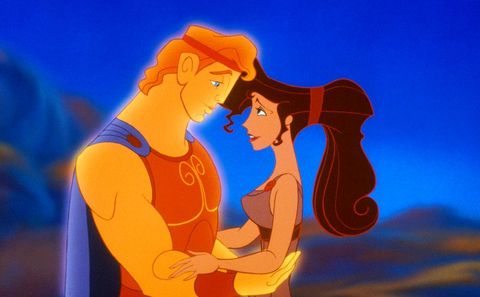 Another day, another live-action re-imagining of a Disney animated classic. The Hollywood Reporter confirmed that Disney is adapting Hercules as its next live-action big screen endeavor. Here, everything we know about the just-announced project, from its Marvel Cinematic Universe screenwriter to potential casting choices.

The movie will be based on the 1997 animated classic.

Following the formula of box office hits such as Aladdin and The Lion King, Hercules will borrow its source material from the OG animated movie. The film was a musical retelling of the Hercules mythology that featured voice work from Tate Donovan as Hercules, Susan Egan as his love interest Meg, and James Wood as the villainous Hades. It is widely-remembered for the movie’s songs by Alan Menken, including “Go the Distance” and “Zero to Hero.”

The Olympus-set movie was also adapted into a short-lived animated series that featured Donovan in the titular role. Hercules’ mythological tale has been used as inspiration for several TV shows and films, including Dwayne Johnson’s 2014 movie and a ’90s FOX TV show starring Ryan Gosling, Young Hercules.

Producers and a screenwriter have been attached.

Joe and Anthony Russo, who recently directed Avengers: Endgame, will produce the project. According to THR “insiders,” the Russos will not direct the project. Dave Callaham, who is working on Marvel’s upcoming Shang-Chi and the Legend of the Ten Rings and Wonder Woman 1984, will write the script.

A cast hasn’t been announced—but people have ideas.

There’s been no announcement of who will be sporting a sword and sandals as Hercules. But people have been submitting their thoughts on the casting process via social media. Naturally, many have petitioned for Ariana Grande to assume the role of Meg after her stunning rendition of “I Won’t Say I’m in Love” during The Disney Family Singalong.

Several other live-action Disney adaptations are on the way.

Seeing a live-action Hercules on the big screen is likely a few years off. To hold you over in the meantime, Disney has a slew of other animated adaptations approaching release. Mulan is next on the schedule, hitting theaters on July 24 after its March release was delayed due to mass theater closures amid coronavirus safety concerns. The Little Mermaid starring Halle Bailey, Cruella starring Emma Stone, and Peter Pan & Wendy will follow.(When something works, you work it hard?)

Capital gains are a good thing 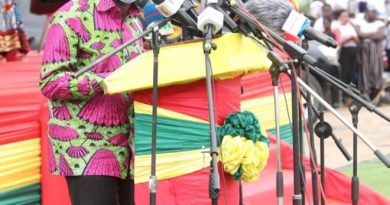