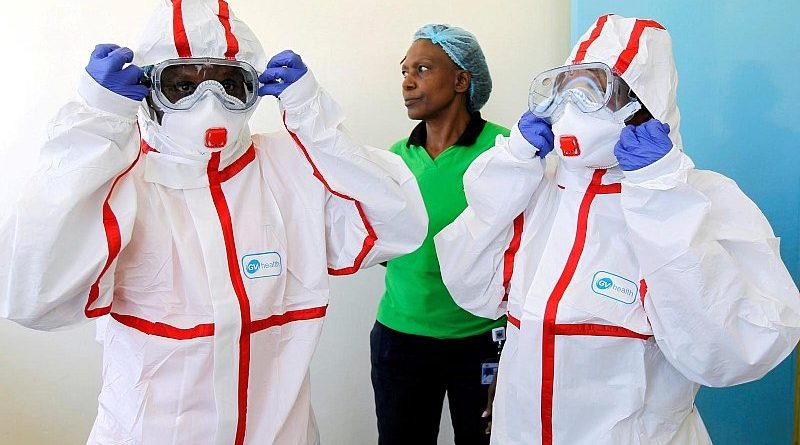 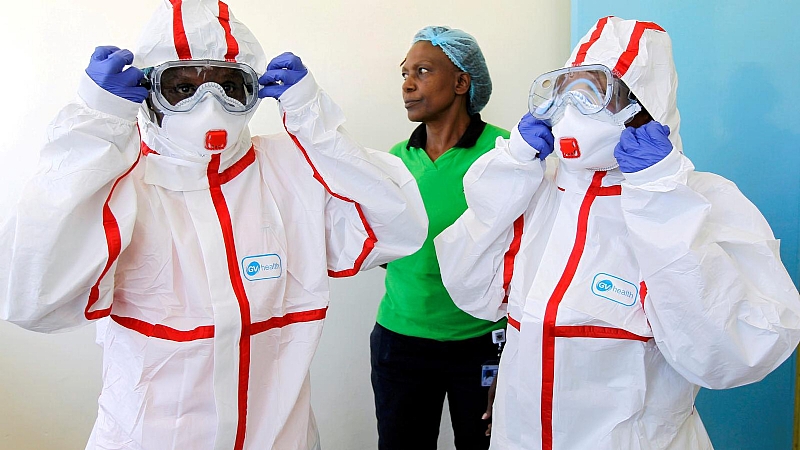 (Brussels, April 30, 2020) – Ghana’s Accra Psychiatric Hospital has confirmed that a patient has tested positive for Covid-19, causing concern about protection for other patients and staff, Human Rights Watch said today.

The infected woman was admitted to the acute care ward of the government-run hospital on April 20, 2020 and developed symptoms within days. She was tested for Covid-19 and transferred to an isolation unit on April 23, and her test was confirmed positive on April 27.

“Despite the best efforts of hospital staff, many patients, staff, and their families are now at risk because they had contact with a patient who has contracted Covid-19,” said Shantha Rau Barriga, disability rights director at Human Rights Watch. “Closed settings like psychiatric hospitals act as incubators for the virus. Wherever possible, people with mental health conditions should be allowed to leave if they choose.”

After the woman’s positive Covid-19 diagnosis, the hospital attempted to transfer her to the Covid-19 treatment center, but the municipal authorities, who have to approve any such transfer, refused. Dr. Akwasi Osei, head of the Ghana Mental Health Authority, said they refused because she was a mental health patient.

“This is obvious discrimination,” he told Human Rights Watch. “If this person didn’t have a mental health condition, she would have been allowed to go to the treatment center. They are just afraid. But people with psychosocial disabilities should have the same access to Covid-19 treatment as anyone else.”

The hospital has approximately 370 in-house patients, 11 of whom are in the women’s acute ward and 80 of whom have been admitted to the hospital through Ghana’s court system. It is testing 87 staff and patients who came into contact with the woman. Staff have also been required to self-isolate until their test results are cleared. In the meantime, the hospital needs to find staff from other wards, who did not have possible contact with the patient, to take additional shifts, Dr. Osei said.

In March, the hospital issued protocols for managing Covid-19, detailing preventive measures and screening practices for staff. The protocols require healthcare providers to “maintain one meter distance at all times from service users.” But the protocols are geared almost entirely to the staff, and do not inform residents how to protect themselves.

Since 2011, Human Rights Watch has been documenting the situation in the mental health system in Ghana. Conditions in psychiatric hospitals have improved steadily, with patients being released to reduce overcrowding. Earlier in 2020, Accra Psychiatric Hospital renovated the men’s forensic ward, which previously had filthy toilets and holes in the roof of the dormitory-style rooms. However, people with psychosocial disabilities, such as bipolar condition or schizophrenia, continue to be subjected to involuntary admission and treatment, with little possibility of challenging their confinement.

As of April 28, the Ghana Health Service reported 1,671 cases of Covid-19 – 1,433 from Greater Accra Region alone – and 16 deaths. The country’s two largest cities, Accra and Kumasi, were under partial lockdown between March 30 and April 20. In his April 19 national address, President Nana Akufo-Addo noted that Ghana ranks first in Africa in the number of Covid-19 tests administered per million people and that the government has scaled up the domestic production and distribution of personal protective equipment to healthcare facilities. The president listed these as among the reasons for lifting the partial lockdown.

To address the pandemic, the government should ensure that hospitals are fully equipped with personal protective equipment and regularly test staff and patients. Mental hospitals should avoid new admissions as much as possible to reduce and prevent overcrowding. Municipal authorities should also confirm that anyone with a mental health condition who tests positive for Covid-19 will be admitted to local treatment centers without delay or discrimination.

To minimize the number of daily outpatient visits during the pandemic, Accra Psychiatric Hospital has looked into phone consultations, having medications delivered to patients, and creating a home visit team. These initiatives should be carried out or scaled up, Human Rights Watch said.

Ghana and its international development partners, such as the United Kingdom Department for International Development (DFID), should also expand community-based services for people with psychosocial disabilities to reduce overcrowding in hospitals and avoid restricting people’s liberty. This is also an opportunity to further develop the QualityRights Initiative – a training program for mental health professionals supported by the World Health Organization that promotes attitudes and practices that respect the dignity and rights of people with psychosocial and intellectual disabilities. 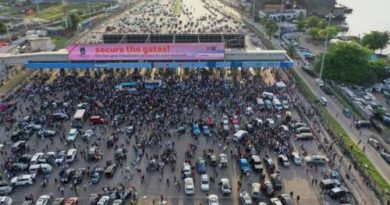 #EndSARS: Two Months After Lekki Massacre, Sanwo-Olu, Buratai Yet To Be Sacked And Tried For Crimes Against Humanity By Sanyaolu Juwon 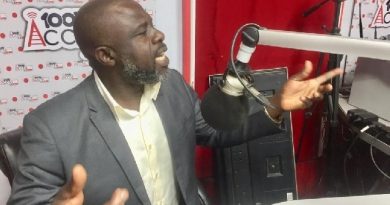 Some Members Applied For 30k And Only Got Paltry Ghc1,500; Gov’t Has Deceived Us With Stimulus Package – GNAPS