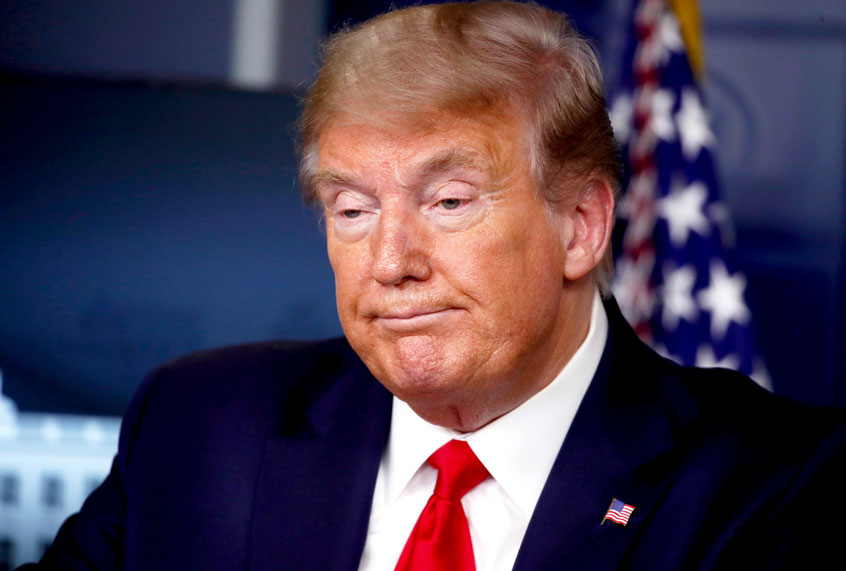 The decision came after the Treasury Department made Alaska Native Corporations (ANCs) eligible for $8 billion in funding allocated by Congress to help Native American tribes. ANCs serve as holding companies for businesses that benefit from Native lands. There are about 237 ANCs in Alaska.

Treasury Secretary Steven Mnuchin argued that Congress “expressly chose to include ANCs” in its definition of “Indian tribe” in the CARES Act. But in a letter to Mnuchin, 12 House Democrats, including all four Native American members of Congress, argued that the “spirit and language” of the bill was to allocate the money to tribal governments — not ANCs.

Sen. Tom Udall, D-N.M., the vice chairman of the Senate Indian Affairs Committee, said in a separate letter to Mnuchin that Congress intended the funds solely for tribal governments so “they can continue essential government services.”

“Non-governmental tribal entities may well warrant relief under other CARES Act programs, but this funding in this title was intended for tribal governments and should not be diverted,” he said.

More than a dozen tribal governments sued the administration, arguing that the decision would dilute funds intended to help areas among the hardest hit by the coronavirus pandemic.

U.S. District Court Judge Amit Mehta agreed Monday that giving “dollars to for-profit corporations does not jibe” with the law’s “general purpose of funding the emergency needs of ‘governments.'”

The administration argued that ANCs could deliver services to communities like a tribal government, but Mehta said there was no evidence that ANCs were providing public services during the crisis. He also took issue with the government’s claim that the Treasury Inspector General could simply take back the money if it was improperly distributed.

Mehta issued a preliminary injunction blocking the department from giving the funds to ANCs but stopped short of the tribes’ request to immediately send the $8 billion to tribal governments.

“Plaintiffs easily satisfy their burden to show that they will suffer irreparable injury in the absence of immediate injunctive relief,” Mehta ruled. “The $8 billion dollars allocated by Congress for ‘tribal governments’ is a fixed sum that plaintiffs and other tribal governments are entitled to receive to cover costs of combatting the COVID-19 pandemic in their communities . . . Any dollars improperly paid to ANCs will reduce the funds to plaintiffs. And, once disbursed, those funds will not be recoverable by judicial decree.”

Tribal leaders celebrated their win as they vowed to continue to fight for the money that was already allocated to them.

“Our voices were heard and our people prevailed today!” Navajo Nation President Jonathan Nez said. “I’m sure there will be other attempts to direct these funds away from tribes,” he added, vowing to continue to fight “for our fair share of the CARES Act funding.”

Congress clearly intended these governments — not Alaska corporate interests — to utilize the limited amount of CARES Act funds for recovery in Indian Country,” Cherokee Nation Principal Chief Chuck Hoskin Jr. said in a statement. “Tribes are leading the effort across the country to respond to COVID-19. Today’s win is a victory for these tribal governments, who will use this funding source as intended, to bravely lead and guide decisions best for our people in the midst of one of the greatest public health crisis in generations.”

Why ESG investing matters and how to approach it

The Prince and Urban Decay Collaboration is Finally Here

ExLA Group Mourns the Passing on of President Magufuli