A renowned business mogul and community advocate, Hadi Al-Mustapha has called on Kano state government to as a matter of urgency review the total lockdown imposed on people of the state to curb the spread of the covid-19 pandemic in the state.

This was as he said a no mask, no movement policy will best suit people of the state than the total lockdown order.

Al-Mustapha, a younger brother to Major Hamza Al – Mustapha, who was the Chief Security Officer, CSO to the former head of state, late General Sani Abacha stated this while distributing free local made masks in the state.

According to him, “The vast number of Kano people survive on menial jobs, the insistence on administering the Lagos and Abuja method of fighting the Covid -19; menace will not yield the anticipated result.

“Kano requires diversified tactics since it’s the environment, orientation, culture and psychology differ, an invoking of partial lockdown as against total lockdown suits the state.

“A no mask, no movement policy will suit the state and the permission be granted small businesses to function effectively will bring an end to the ongoing mysterious mortality in the state.

“To further cushion the situation, the state government should domesticate the mass production of face mask and hand sanitizers for onward distribution to the resident at no cost. These approach couple with observing social distance regulations will aid the proposed partial lockdown to attain the set-out motive to contain the spread of the deadly virus and also help curb the death been reported arising from the lockdown invoked on the state.

“Majority of the deaths of its prominent sons and daughters reported had occurred inside the walls of the ancient city, the affected areas are the most densely populated parts of the city.

“Lack of access to basic health care services, poor hygiene, harsh weather conditions may be responsible for the deaths that recorded.

“The state government should as a matter of urgency proceed to enforce environmental hygiene procedures and to draw a short and long term template that would facilitate decongestion and administer best hygiene practices.

“We also appeal to the political dynasties operating in the state to set aside their political differences to gang up against the unenviable health challenge that is about submerging the state,” Al-Mustapha stated. 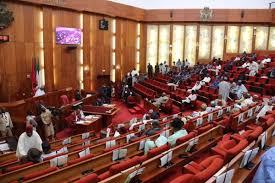