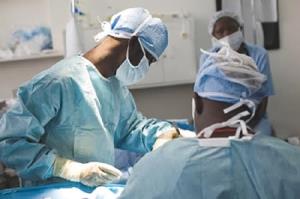 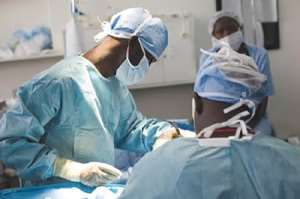 It has emerged that Cerebrospinal Meningitis (CSM) has killed two people in the West Gonja municipality of the Savannah region in January this year.

This was revealed by a member of the West Gonja Municipal Disease Control Management Team of the Ghana health service, Mr. Emmanuel Kwarteng on Saturday.

Mr. Kwarteng disclosed on PAD FM’s Savannah in 60 minutes program that the West Gonja Catholic Hospital recorded three cases of the disease in January with only one surviving.

The revelation comes in the wake of the CSM outbreak in the upper west and upper East Regions, killing 40 and seven people in the respective regions.

Mr. Kwarteng, therefore, called on residents of the Savannah region to be as worried about CSM as they are about Covid-19 since the region is part of the CSM zone as declared by the WHO.

He said though the service was not hoping for an outbreak in the region and west Gonja, their staff and facilities were prepared to combat it.

He advised residents to protect themselves from the disease by avoiding overcrowding and staying in well-ventilated environments.

“Should anybody experience stiffness in the neck, fever, and difficulty in watching brightness, the person should report immediately to the nearest health facility,” he said.

COVID-19: 10% of positive cases in Nigeria are children — Health Minister

COVID-19 vaccine rollout and the economy

Caribbean Organizations Call on CARICOM, The US, Britain, And European Union to Take Urgent Action