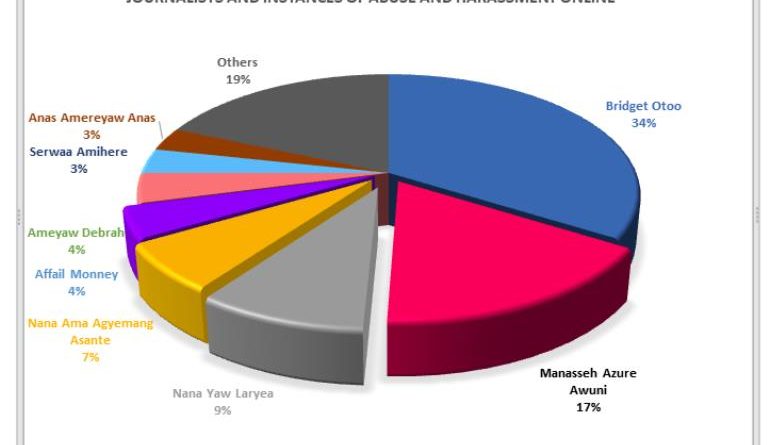 iWatch Africa’s three-month-long data tracking of abuse and harassment directed at journalists within the digital ecosystem in Ghana has revealed that journalists; Bridget Otoo, Manasseh Awuni Azure, Nana Ama Agyemang Asante, Anas Amereyaw Anas were among the most abused and harassed in Ghana from the period of January 2020 – to March 2020.

Abuse of journalists within the digital space, especially in Ghana is increasing, a phenomenon, experts say could have a profound “chilling effect” on journalism and can ultimately negatively impact one of the tenets of a democratic society, press freedom.

The survey shows that Journalists who report on contested social and political issues increasingly are targeted by those who do not share in the views espoused by the Journalists. These culprits often resort to various social media platforms, online comment fora and other online means to unleash a tirade of abuse on their targeted personalities. There are instances where violent threats of death and rape are sent to journalists and rights activists.

Over 600 separate instances of abuse and harassment online were collected and analysed by iWatch’s digital rights desk. The identified journalists and rights activists who were targeted in these instances of abuse were also affiliated with over 60 entities in Ghana.

Our data revealed that Bridget Otoo, formerly of Media General, now a freelancer, was the most abused journalist during the period with 34 percent of abuses targeting her.

Investigative journalist, Manasseh Awuni Azure was also the second most abused journalist, with 17 percent of abuse targeting him within the period.

According to the 2018 International Press Institute (IPI) report, 31 percent of journalists tone down coverage of certain stories after being abused and harassed online, while 15 percent drop their stories altogether. 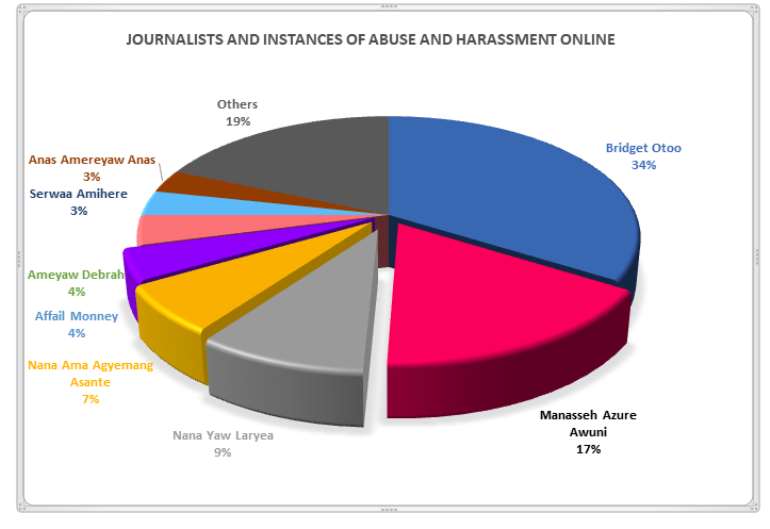 In all, our data showed that 43 journalists and rights activists received at least one form of abuse online from January to March, 2020 while close to forty percent of these abuses were also directed at female journalists in Ghana. Our data again confirmed a 2018 IPI research which said that, “female journalists face an additional burden in that they are also attacked purely on the basis of their gender.”

Nana Ama Agyemang Asante, who is currently a fellow at the Reuters Institute of Journalism at Oxford and a frequent target for abuse maintained that she would not, “let the trolling get to her or define” what she says online although she admitted that the “harassment is hurtful.”

“I have considered deleting my accounts before, but that will be ceding space to people who do not contribute anything besides hate to national conversations,” she disclosed.

“I find it cruel and confusing. Cruel because there is no need for the amount of vitriol I receive for saying some of the same things my male colleagues say and get cheered for. Granted, not all my male colleagues get cheered for saying things, but no one is on social media threatening them with rape and other forms of violence talking about corruption. No one calls them ugly for questioning the status quo,” she stated.

Although she believes she is “targeted” because she is a “visible woman and people hate to see women participate in the public square,” she is resolute and intends to “keep talking and engaging.”

Sending intimidating, threatening or offensive messages constituted the majority of tracked abuses with over 80 percent instances identified followed by cyberstalking which remained low at 12 percent.

iWatch’s in-house cyber and policy expert, Henry Kyeremeh in his reaction stated that: “iWatch Africa is determined to work closely with CHRAJ and other policymakers in Ghana to develop protocols to look at, among other things, internal psychological and legal support for journalists, media workers and rights activists; proper reporting of online harassment; community management and content forum moderation.”

He also added that, “all identified instances of abuses which rises to the level of criminality would be submitted to the appropriate authorities in particular; the police and CHRAJ for further investigation and redress.”

iWatch’s digital rights initiative is supported by the Collaboration on International ICT Policy for East and Southern Africa (CIPESA), through the Africa Digital Rights Fund (ADRF). 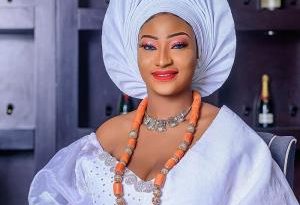 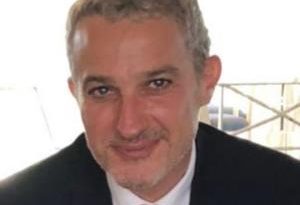 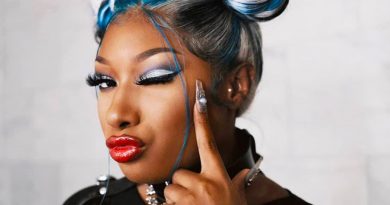 I was at the seen when the incident happened the car over took us and few seconds it jumped out of the road ......May God bless very one that show concern