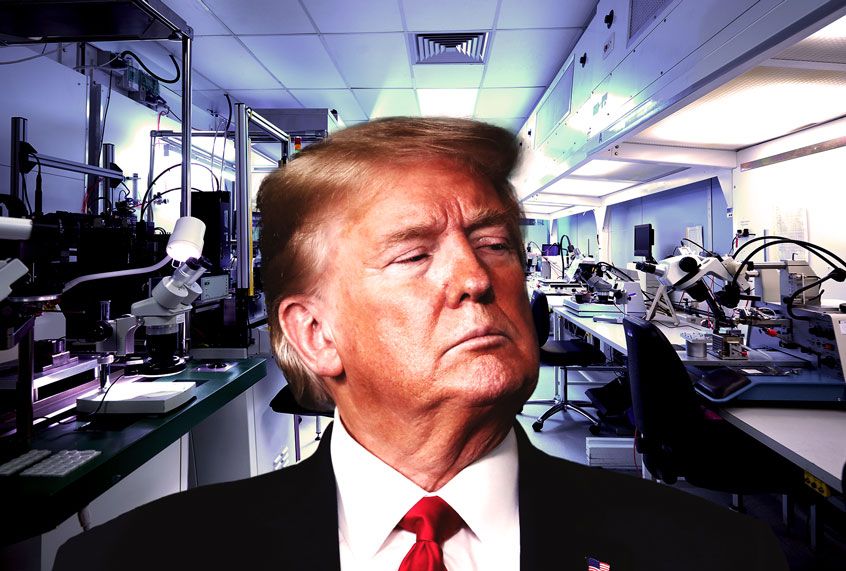 In recent days, Donald Trump’s go-to excuse for why the federal government hasn’t done more to ramp up efforts to test Americans for the novel coronavirus — even though such tests are necessary for the economy to successfully reopen — is that this should be the responsibility of state governments.

“Governors must be able to step up and get the job done,” Trump tweeted Saturday afternoon, while also weirdly declaring that the U.S. was the “King of Ventilators.” Is he going to start selling them in late-night infomercials?

When governors complain that they can’t ramp up coronavirus testing, because there’s nowhere near enough capacity, Trump denies it, claiming that governors “don’t want to use all of the capacity that we’ve created.” When asked why testing rates have stayed mostly flat for the past month, Trump of course turns it around and pins blame on the governors, falsely claiming they haven’t asked for help.

It should be obvious what’s going on: The Trump administration is doing everything possible to hamstring states’ capacity to perform the large-scale testing that would be needed to end the lockdowns safely and reopen the economy. When Trump is called out for this, he lies about it. He literally doesn’t want more testing. But why?

Maryland’s Republican governor, Larry Hogan, told Jake Tapper of CNN, “Every governor in America has been pushing and fighting and clawing to get more tests,” and said it was “absolutely false” to claim there’s enough testing capacity.

Michigan’s Democratic governor, Gretchen Whitmer, also pointed the finger at Trump, saying that her state has “the capacity to double or triple the number of tests that we’re doing,” but because Trump refuses to enact the Defense Production Act to force the production of those materials, they are falling short.

Hogan got so frustrated with the federal government’s inaction that he and his wife, Yumi Hogan (who was born in South Korea) independently negotiated a deal with South Korea to secure half a million test kits for Maryland. But during Monday’s propaganda blast (aka coronavirus briefing), rather than congratulating Hogan for taking initiative, Trump was livid, making the clearly false accusation that a nearby governor from his own party didn’t do enough to get help from the White House.

Reporting in the Washington Post on Tuesday further illustrates how much Trump is doing whatever he can to slow down coronavirus testing. During negotiations over the latest coronavirus aid bill, the White House did everything it could to shoot down suggestions from both Democrats and Republicans for ways to make coronavirus testing more efficient. While Trump keeps saying he will invoke the Defense Production Act to generate more supplies, he also keeps coming up with excuses for why he hasn’t actually done it.

A bit of truth slipped out during Monday’s briefing, when Trump muttered, “We really don’t need it,” apparently referring to the DPA.

The conclusion here is simple, and has been right on the surface all along: Trump doesn’t particularly want Americans to be tested for the coronavirus. Some pundits and politicians seem unwilling to draw this conclusion, at least in public, in no small part because it doesn’t seem to make sense.

No one is under any illusions that Trump cares about the American public, of course. But mass testing seems like it would clearly be in the president’s self-interest. His best chance at winning re-election is for the economy to be safely reopened, and at least partly recover, before November. But that simply can’t be done without mass testing. Trying to reopen the economy without doing that, as states like Georgia and South Carolina are planning to do, is just likely to cause the virus to spread more rapidly, which will only worsen the economic downturn.

So why is Trump doing whatever he can to prevent the very thing that would give him the best chance of saving the economy and boosting his re-election chances? Why is a notorious narcissist whose only plausible motivation is his own self-interest not doing the one thing that would benefit him in this crisis?

Because Trump isn’t capable of seeing widespread testing — and more accurate information about the spread of the virus — as being in his self-interest. He sees it this way: The more tests that are done, the more confirmed cases are counted, and his impulse is to conceal that larger number if he possibly can. So he’s trying to keep the official case count as low as possible through the only method he understands: Lying and cheating. In this case, by preventing testing such that no accurate count is possible.

It’s not like he’s hidden Trump hasn’t hidden this desire from the public.

“I like the numbers being where they are,” Trump said back in March, in justifying his decision to prevent passengers on a cruise ship where the coronavirus was spreading from disembarking. His logic was simple, if idiotic: As long as those infected people stayed on the water, Trump didn’t have to count them in the “official” numbers, which at that point were extremely low. Manipulating that number matters more to him than the health and well-being of human beings. (In fairness, almost everything matters more to Trump than the health and well-being of his fellow humans.)

Early in the crisis, Trump didn’t exactly take pains to hide that he felt that the best way to keep the confirmed case numbers low was to make sure that people with COVID-19 never got an official diagnosis. As NPR reporter Dan Diamond noted on March 12, Trump did not push for aggressive testing, even though that would have slowed the virus, “because more testing might have led to more cases being discovered.”

Maybe it’s tempting for some folks to believe that Trump has learned his lesson and shifted gears, in the face of overwhelming evidence that mass testing is the only thing that will really make reopening the economy possible. But in reality, telling Donald Trump not to juke the numbers is like telling him not to lie or not to brag about his sexual conquests during what supposed to be a serious occasion. Trump’s strongest instinct is to manipulate the statistics. He can no more stop trying to cheat on the numbers than he can stop cheating on his wives.

Lying about statistics is at the heart of who Trump is. The man has never met a number that he didn’t think he should immediately improve to flatter himself through straight-up lying and manipulation.

His first act as president was to force his press secretary to lie about the size of his inauguration crowd, and then to force official photographers to edit the photos to make his crowds look bigger.

Trump spent ungodly amounts of effort bullying and manipulating the staff at Forbes to believe he was richer than he was, in order to get on the Forbes 400 list, where he clearly didn’t belong.

Trump has lied constantly on both his tax returns and his loan applications to banks.

Trump’s favorite game as a real estate developer was to quote one set of numbers to contractors and then, when they finished the job, to renege on the deal and refuse to pay them what was owed.

Trump has obsessively lied about how many women he’s slept with, calling tabloid reporters while pretending to be a publicist to plant stories about dating numerous women that were almost certainly not true.

Trump lies about his television ratings from his time as a reality TV host.

Trump relentlessly lies about his poll numbers, and just this week falsely claimed that 96% of Republicans approved of him.

Trump has lied about his charity giving, claiming to have donated millions of dollars when, in fact, he mostly took checks written by other people and passed them off as his own.

I could go on, but you get the picture. Trump has a compulsive desire to manipulate statistics to flatter himself, even in cases — such as with his hand or inauguration crowd size — where the lie is visible for all to see and he has nothing to gain by pushing it.

Trump lies about numbers compulsively because he has gotten away with it his whole life, mostly by leaving other people to clean up the messes he’s made. That’s how he managed to survive multiple bankruptcies, which were no doubt caused in large part by his compulsion to manipulating the numbers until it finally caught up with him.

Unfortunately, Trump’s instinctive impulse to manipulate numbers has become deadly in the coronavirus era. Trump wants to keep people from getting tested so the official case load in the U.S. remains artificially low. But as long as people aren’t getting tested, they’ll keep spreading the virus around and more people will get sick. Plus, the lack of testing hurts the economy, keeping people from returning to work and leading to more bankruptcy and more economic hardship.

There’s no need to tiptoe around the situation here. Trump is doing everything he can to stop Americans from getting coronavirus tests, and lying about it, because he wants to artificially deflate a number he thinks makes him look bad. His every instinct is to lie and cheat, especially when it comes to concealing truth and manipulating numbers, and he simply will never believe there’s any situation he can’t lie and cheat his way out of. Understand that, and you understand why we can’t have adequate coronavirus testing under this president.

Using 5 ingredients, this decadent mascarpone-topped dessert is easier to make than any flag cake 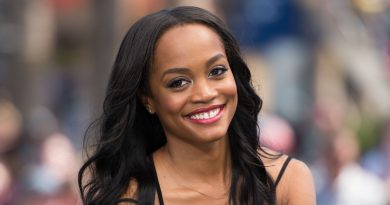 The Hausa/ fulani slave master... Very clever in dealing with their useless slaves.... It started with the ugly dwarf, and certificate less Oshiomhole, then the ogbono monkey certificateless Tinubu,.... And Now the weak and nuisance prof. Of law Osibanjo... Osibanjo may be asked to resign and face EFCC.... All this been carried out by Gambari another slave, through the instructions, of their Hausa/ fulani slave master ... See MoreSee Less