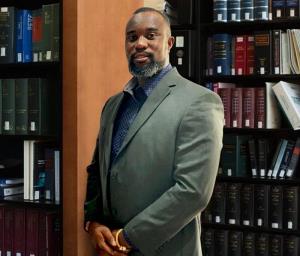 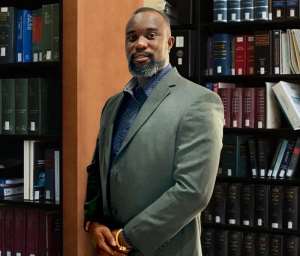 The Chief Executive Officer of Marrer Ghana Limited and Susatgad Boat Building and Fishing Industries, Mr Novihoho Afaglo, has stated that the President’s decision to lift the partial lockdown in Greater Accra and Greater Kumasi is a cause for worry.

“I think Nana Addo Dankwa Akufo-Addo is acting like irresponsible father and his children the citizens like the prodigals biblically because what is the motive behind the partial lockdown when Covid-19 cases were less and lifting up the ban when the cases have now increased.”

He described the decision by the President for lifting the partial lockdown as hasty one indicating that even though “we all know the pressure the system was given him.”

Speaking in an interview, Mr Afaglo said “are we not better off keeping ourselves at home safely knowing this war against the deadly Covid-19 will soon be a thing of the past. Than to insist on self freedom to go about our normal activities and end up contracting this virus when your cure isn’t guaranteed.”

The CEO added that this isn’t the time for the sitting government to feel pressured by the opposition but rather take the best decision in critical times like this.

He criticised the decision by the government and the National Disaster Management Organisation (NADMO) mode of distributing food to the vulnerable in certain areas during the lockdown period without ensuring strict observation of social distancing.

Mr Afaglo said the decision to distribute the food was excellent but the plain disregard for social distancing was a health risk because the Coronavirus could be spread rapidly in the Greater Accra and Greater Kumasi due to the scramble by the people for the food.

According to him, because NADMO disregarded social distancing in distributing the food, many people, in trying to get access to the food, scrambled and touched each other forgetting they could contract the virus and infect a number of people at home.

The CEO has, therefore, called on the government to ensure NADMO used a better way to forestall the unbridled way of spreading the disease.

He said NADMO should have recorded the number of people forming a household and share the food according to numbers instead of the current approach where they sent the food to places for the people to struggle for it.

Mr Afaglo said per what is happening now, many of these people who struggled to get the food distributed may have moved with the virus from one place to another, making Covid-19 spread fast and wide.

“You see, alternatively, the government should rather be given the monies to the people through the network operators so that individuals will be able to get their own food items because that will stop the scramble for food and also stop the possible spread of the Coronavirus.

“The current system of people struggling to catch the attention of the distributors and disregarding the social distancing is outrageous,” he stated.

Mr Afaglo said with the kind of quotation “we are been given as cost of distribution exercise, each Ghanaian is better off having these monies sent to their phones. Nana Addo Dankwa Akufo-Addo should take firm decision in these times or when this is over he would have himself blamed for lives lost in the war with this deadly virus Covid-19.”

He said the government must learn to put the people interest and health above their own.

Gloria Assan Arhin, the wife of the Director of Communications at the Presidency Mr Eugene Arhin has filed for divorce.

Corruption fight must start from the top—-Justice Appau