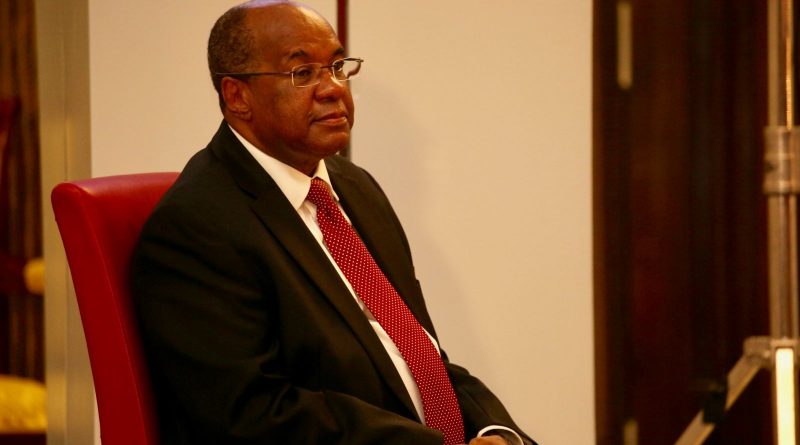 The private sector has welcomed yesterday’s appointment of Johannes !Gawaxab as the new governor of the Bank of Namibia. !Gawaxab was appointed by President Hage Geingob to take over the reins of the central bank after his predecessor Ipumbu Shiimi was recently appointed as the country’s new finance minister.
!Gawaxab was appointed for an initial period of 18 months, effective 1 June 2020 to 31 December 2021 to complete the unexpired term of the former central bank governor as required by the Bank of Namibia Act.
“Mr. !Gawaxab, you are a well-known business executive with more than 27 years experience in the financial services sector, not only in Namibia, but in Africa. Therefore, your experience and expertise are being called upon to deliver on the mandate of the bank. I expect you to lead the activities of the bank with objectivity, technical expertise and to continue to enhance the reputation and credibility of the bank,” Geingob said during a televised announcement. The President noted that the Bank of Namibia performs pivotal

functions in the economic development of the country through the promotion and maintenance of a sound and stable monetary policies, credit and financial structure and in sustaining the liquidity, solvency and functioning of the financial services system. In addition, the Bank of Namibia serves as the government’s banker, financial advisor and fiscal agent.
Commenting on !Gawaxab’s appointment, Chairman of the Bankers’ Association of Namibia Sarel van Zyl said: “The Bankers Association welcomes the appointment of Johannes !Gawaxab and congratulates him on his appointment. !Gawaxab brings a wealth of financial sector management experience, both in Namibia as well as in the region. In these challenging times, it is good to know that the banking industry has an experienced and commercial oriented leader in place to chart the way forward with the help of the private sector. We wish Mr. !Gawaxab well and look forward to continued engagement with him in this new role.”
Sven Thieme, Executive Chairman of Ohlthaver and List, one of the largest companies in Namibia, also congratulated !Gawaxab: “I have worked with Johannes on the high-level panel and experienced his great leadership qualities. I believe he could be the right person for the job.”
!Gawaxab is the current chairman of the high-Level panel on the Namibian economy and is a co-founding partner and executive chairman of Eos Capital, a wholly-owned Namibian private equity fund. Previously, !Gawaxab was managing director of Old Mutual’s African Operations outside South Africa and played a key role in driving Old Mutual’s expansion into the rest of Africa.
He has held numerous executive roles, including group chief executive of Old Mutual Namibia and has a stellar track record of work in Namibia and beyond.
Besides Namibia, !Gawaxab also serves on numerous boards of companies in Nigeria, Ghana, Zimbabwe, Uganda and Malawi.
After his appointment yesterday, !Gawaxab said he will ensure that Namibia’s financial services sector remains stable and that local price stability continues.
“We will continue to preside over a successful monetary policy…and we will ensure that we deliver an economy that provides prosperity to Namibians,”promised !Gawaxab. In tackling the economic fallout of the coronavirus pandemic, he said: “We are facing unprecedented times in terms of a health and economic crisis. We need to ensure we have an economy that can provide for the livelihoods of Namibians after Covid-19.”

Coronavirus: I am not a wicked dad, Ekiti father who rejected son in viral video explains action

Live by faith, not by sight