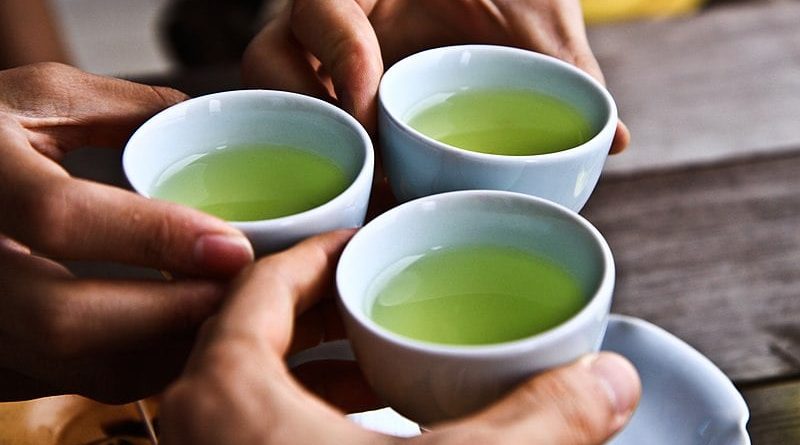 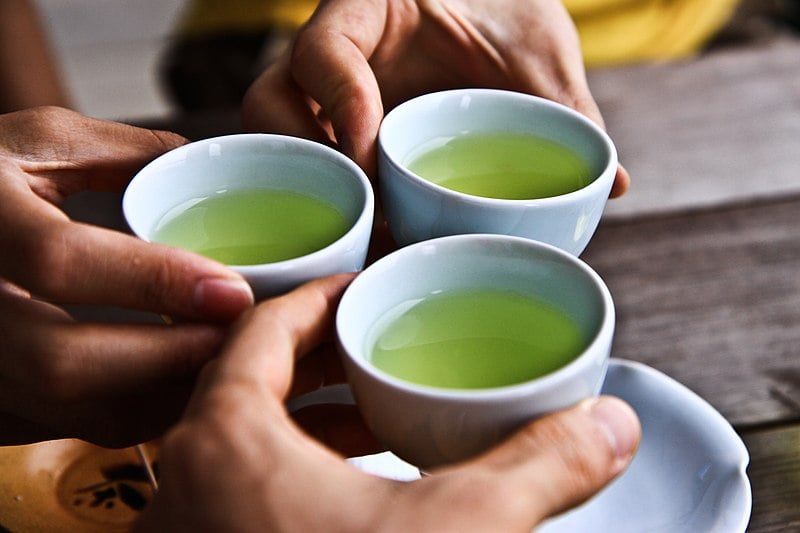 Green tea can help will illnesses thanks to its antimicrobial properties.

Even though there’s no established cure for the coronavirus, a bowl of soup and a dose of green tea could be a step in the right direction.

Natural and traditional remedies have helped kill other pathogens in the past due to their nutritional value and how they are designed to cure these diseases. These herbal medicines have been developed in different parts of the world, but in some places, they are valued more than others.

According to the World Health Organization, plant-based medicine was a key player in combating the severe acute respiratory syndrome (SARS) outbreak in China of 2003, as well as boosting immunity to HIV and AIDS in Africa, and the worldwide annual market for these remedies approaches $60 billion. The WHO also said that the U.S, India, China, Nigeria and their organization are making substantial investments in research of finding promising herbs and making novel chemical compounds.

Yet, ethical questions are raised around producing natural remedies as the pharmaceutical industry still continues to dominate the Western world.

“There is a legal and structural division between medicinal substances that are regulated by the FDA, produced and marketed by the pharmaceutical industry, and paid for by the insurance industry, and natural therapies that are not,” said Elissa Foster,  director of graduate programs in health communication in DePaul’s College of Communication.

Yet, even though this is the case, Foster said she could see more people acclimate to natural remedies. “[Natural remedies]tend to focus on working in alignment with the body’s own defenses to maintain health (prevention and immune support),” Foster said.

On the other hand, Foster said prescribed medications mainly serve to cure a certain disease. Since a cure for COVID-19 has yet to be found, she advises to turn to herbal treatments because they help develop a stronger form of prevention.

Once the coronavirus hit Japan, Yuki Miyamoto, an associate professor in the department of religious studies at DePaul, saw many articles being released about what should be taken for immunity support. The foods that were recommended were yogurt, miso (usually made into a soup) and natoo (fermented beans), which are all probiotics.

“I see a lot more preventive medicine rather than remedies nowadays,” Miyamoto said.

Miyamoto said he also saw articles advising to drink green tea as it has the antimicrobial properties of catechin, which has proven effective in fighting off various diseases. Green tea is a drink that is consumed worldwide, but is prominently produced in Asian countries.

Prior to the COVID-19 outbreak, the Japanese used a variety of natural remedies that could help cure diseases. These remedies had a nutritional and spiritual meaning behind them.

Miyamoto said the Japanese typically turn to  “tamagozake”- a drink of an egg yolk and sake. This would help warm the body up to a healthy temperature through the consumption of the alcohol as well as protein.

“Warming up your body in illness is a widespread practice in Japan, which is recently scientifically proven that the body that can generate heat, demonstrates a higher function of  [the] immune system,” Miyamoto said.

In addition, Noboko Chikamatsu, the co-director and associate professor at the Japanese Language/studies program at DePaul, said that the rice porridge of “okayu” is also a dish commonly served as it parallels how chicken soup is valued in the U.S. Okayu is eaten with “umeboshi,” which is a sour and salty plum, or  “udon,” a white flour noodle soup in a dashi broth (fish stock of preserved bonito and kelp). Umeboshi helps alleviate nausea.

Even though natural remedies are still utilized, Japan has turned its attention in trying to develop a vaccine to cure the coronavirus.

“The national institution of medicine and some pharmaceutical companies, such as Takeda, Tanabe, Fuji, Teijin, etc. have been working hard for a new vaccine,” Chikamatsu said.

There is still concern revolving around Japan’s national policy and safety measures for the country.

Both Miyamoto and Chikamatsu said even though Prime Minister Shinzo Abe declared a national emergency, many still go to work. According to Miyamoto, this lack of caution has brought on a new mindset to the country.

“The general lack of caution had brought forth a strange kind of nationalism or ethnocentrism, as if people in Japan are invincible,” said Miyamoto.

Some Japanese have also resorted to mythology to cope during these times. As Japan has seen how mythology and natural remedies have played a special significance in their country, so have the Philippines.

DePaul sophomore Jessica Nalupta is originally from the Philippines and said she understands how these remedies are valued in her culture.

“There are certain people who are deemed to have received a special power to heal by a supernatural and higher being,” Nalupta said. “For example, we have herbal or faith healers who didn’t undergo formal medical training, but still treat patients using a hodgepodge of medicinal plants, lore and oration.”

Nalupta hasn’t taken many remedies herself, but understands how they help cure diseases. Even though the Philippines is mainly focusing on mass testing and precautionary measures for the coronavirus, there are pre-existing remedies to treat those who could be most at risk. Garlic is widely used in the country because it can lower blood pressure. Nalupta also said a bitter melon, better known as ampalaya, is widely used in the Philippines because it can kill cancer cells, viruses and lower blood sugar. Malunggay (horseradish) is also known to have high nutritional value since it can help treat cuts and skin infections.

For now, Nalupta has resorted to taking more Vitamin C and been drinking echinacea, an herb used to combat flu and colds.

“I’ve been staying home, using gloves and face mask on the rare occasions that I head out to the grocery,” Nalupta said.

Chikamatsu and Miyamoto have taken similar precautions. Chikamatsu started wearing a mask sporadically in late February, which was when she travelled from Chicago to Los Angeles and back. Since nobody was wearing a mask at the airport, she only put it on once she was on the flight. Nobody in DePaul’s liberal arts and social sciences office was wearing it either, so she took it off.

“Social pressure was something I should not have cared [about], but prevented me from protecting myself at that time,” Chikamatsu said.

Miyamoto said he also wears a mask when he’s outside and frequently cleans surfaces that could be infected. He consumes more green tea and vitamins and is making sure he gets enough sleep.

Incorporating natural remedies into daily life during this pandemic could provide benefits to mental health as well. Foster said that these medicines spark a sense of familiarity and community. Taking in foods such as chicken and lentil soup, ginger and turmeric tea, or bone broth can provide physical and relational nourishment when someone is sick.

“Being provided with healthful food and drink that reconnects those folks to family traditions may go a long way to boosting spirits and improving overall outlook towards recovery,” Foster said.

Tambuwal Wins His Local Government By A Wide Margin