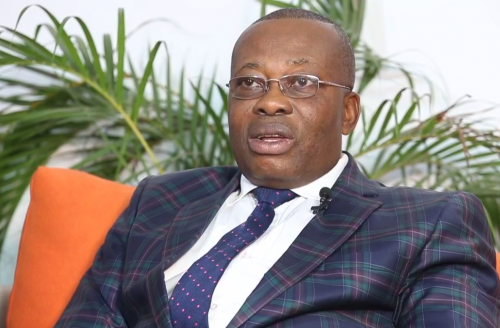 The world was awoken from slumber concerning the global health challenge posed by  Coronavirus pandemic not too long ago which was first reported in Wuhan in far away China. As the death statistics were increasing daily and reported on the world’s news media, the other continents thought that it was Chinese/Asia affair only and did not envisage that the virus will spread to their continents in particular and to their countries in general.

Alas! world wide travellers imported the virus into various continents and by extension to various countries. It became obvious that the world is engaged in a global health war that no one knows when it will end.

The African continent is not spared. Most of the government did not take proactive measures on time but when they did it was measures like total lockdown on the country’s business, social and economic life.

In Nigeria the States here really took proactive measures when the Federal Government was dilly dallying on taking measures to stem the tide of spread.

The first index case was a foreigner, an Italian who came into the country perhaps from his country. He was promptly quarantined and the story is that he has fully recovered. Other recoveries have been reported and happily too.

Daily, the index cases keep increasing in Nigeria with virtually all the States of the federation having or two index cases. As at today, we have more than three hundred cases in the country with ninety per cent recovery of the patients which is a cheering news.

Some of the countries in the continent have gotten it right with movement restrictions, stay at home policy and social distancing even though majority of the citizens are still of the view that the virus only infect the rich and the mighty and so it is not meant for the majority who are poor and have no travel history.

However, some of the African countries failed in providing seamless social intervention measures to cushion the harsh economic effect of stay in door policy of their governments. What makes this policy prone to failure is the economic lifestyle of the majority that depends on daily businesses, sales and tradings for self survival. Demanding that they stay in doors without adequate palliatives as other advanced nations are doing, will lead to a sort of flagrant disobedience to the policy and what the government fears most may likely happen if this is not addressed urgently.

Already there is a break down of law and order in some African countries on the sit at home policy where the people are not getting any financial or food  assistance from their government. They are disobeying the sit at home policy and going to their normal businesses even though the security agents are killing some of them as reported in the news media. It is reported that the security agents have killed more of the citizens than the virus itself.

If the national governments extend the total lockdowns in their various countries without addressing these defects and anomalies as enumerated,  they should expect repugnant disobedience and criminality from the majority of the hopeless and hapless citizens.

In Lagos, Nigeria, many communities have not been sleeping due to the menace of hoodlums,  armed robbery and other criminal acts due to hunger. Hunger has become more dangerous than the coronavirus, pushing many into crime  of robbery, house and store breaking for self survival.

The government is hereby advised to take a holistic view of the sit at home policy with a view to correcting the issue of palliatives to the citizens to avoid a revolution of the majority against an uncaring government. It is a plea.

On the theory that 5G technology has correlation with the virus, this  has been copiously rebutted by scientists and experts as there is no evidence of relationship whatsoever.

However the long term effect of health, security, loss of independence and control is still a serious matter of concern to the world and Africa in particular.

The explanation given to curtail the fears of the world on those areas aforementioned are still scanty. The story behind the manufacture of a vaccine to prevent the virus associated with certain personalities in the world economy is still a matter of top secret.

Things like this do not help remove speculators and theorists from churning them out in large measures and the bewildered world tend to believe them when free flow of information is lacking in abundance.

The continent is never in the race for the invention and manufacture of these scientific breakthroughs but are ordinary passionate consumers and as consumers these things can be used to manipulate and keep the continent in perpetual poverty, slavery, control, ultimate penury and underdevelopment.

It is instructive that the continent and their leaders must examine the total ramifications of these technologies in full before they give approval for their installation in their various countries. It is an advice to our national leaders.

A word is enough for the wise!

COVID-19 Vaccine Not Our Business In Kogi, We Have More Serious Issues – Governor Bello

Ministry of Lands and Natural Resources, Friday called for calm as it engages the Ghana Armed Forces and the La