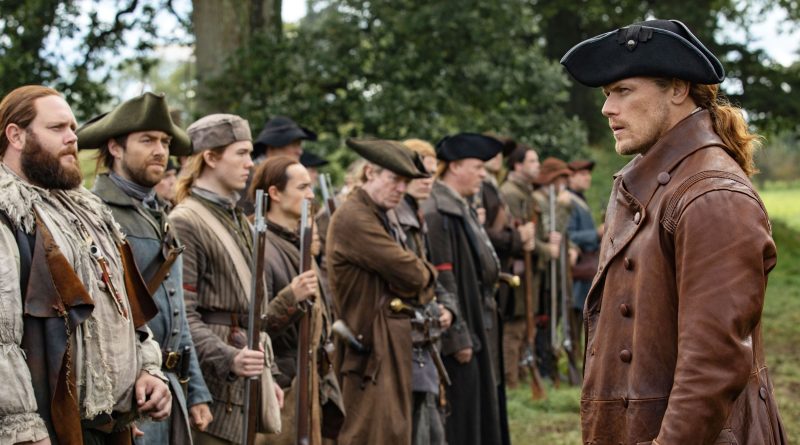 Outlander fans breathed normally for the first time in two weeks tonight, as the show’s latest episode confirmed that Roger (Richard Rankin) did, in fact, survive being hanged at the Battle of Alamance. The man’s not without his scars, however; three months later, he still can’t speak—nor does it seem he really wants to.

Roger’s ordeal and its aftermath are explored in excruciating detail in the fifth Outlander book, but the show takes an unexpected risk with this essential storyline, drawing on Roger and Brianna’s (Sophie Skelton) affinity for silent movies to recreate the hanging in a haunting black-and-white sequence that Roger relives throughout the episode. The scenes are unexpected and immersive, agonizing but never gratuitous. For a series often criticized for its unsparing depiction of trauma, “Famous Last Words” is one of the show’s most compelling episodes thus far.

Rankin hopped on the phone with ELLE.com to discuss Roger’s journey, why Young Ian’s return was so emotional, and what to expect from the rest of the season.

Have your Twitter mentions been wild since last Sunday?

Yeah, there’s a lot of bemused fans wondering what the hell’s going on. A lot of people know because they’ve read the books, but I’m very aware there are fans that haven’t who watch the show and want to keep things spoiler free. So they’re all like, “Oh my God, is Roger dead, what’s going on?” And I put out a little tweet as well, just to stir the pot. So people are like “No, it can’t be. It’s not Roger.” And I’m like, “That absolutely is Roger in that tree.”

What was your initial reaction to giving Roger’s ordeal the silent film treatment?

Our director, Stephen Woolfenden, really pushed for that. He thought it would be a powerful way to tell the story. I trust Stephen and his creative license, but I didn’t know how he was going to do it. I didn’t know how that was going to come together without being potentially comical. But I remember seeing one of the first assemblies of the silent movie material and it had this sort of drone under it—which I think it still does—and just thinking, that is really dark.

The images in this are quite powerful. The audience is experiencing it from this really weird, abstract place, which makes it all the more disturbing It bends you into Roger’s psychology in a much more effective way. I think it really works, and I’m glad they stuck with it. Sometimes these things fall on their face, but you know what you’re going to get when you play it safe. If you make bolder choices you’re potentially going to get something much more exciting. And I think it’s one of the best episodes in season 5 because of that.

Sam Heughan on the Double Loss of ‘Outlander’

Every character endures some sort of trauma on this series, so this was a clever way to avoid retreading old ground.

They were very aware of that when putting this episode together. There was a lot of expectation on the episode, and [the question of], how do you tell a story when you have a protagonist who can’t talk? I read the episode and I was like, “How am I going to do this?” I have a whole episode based around my character and I have no dialogue. That’s really going to put me to the test as an actor. I’m going to have to perform in a much different way than what I’m used to.

How did you find that damaged version of Roger’s voice?

[Laughs] There were many versions of that. We had various levels of hoarseness and the damage to the voice box. It’s been condensed over a couple of episodes; I don’t have as much time with it as you would have in the book. I wanted to keep it for a little bit longer, even through the rest of the season, [to show] how much of a struggle [it was] for him to speak longer, but they wanted me to start reining it in a little bit earlier so it didn’t detract from later episodes.

Was there a different approach to shooting those silent movie scenes?

They shot it two different ways: a safe version where everything was shot as normal, and one quite heightened and stylized on a different frame rate. So the scenes were rehearsed as normal and shot as normal, then the scene was played out again and the actors were asked to heighten everything—make it a bit more exaggerated and elongated, and be more present with the movements to hark back to that kind of style. The different frame rate gets you that stuttery effect because the cameras weren’t that good back then.

Young Ian’s back after taking Roger’s place with the Mohawks. What does it mean for Roger to see him Ian in that moment?

Everyone seemed to really love that moment with Roger and Ian on set. No one was really expecting it. We were playing on that tiny, brief history between the two characters and what was actually exchanged the day Ian stepped in to take Roger’s place. A lot came out for Roger and he couldn’t communicate [to Ian] what he wanted, which is, I respect you for what you did and I thank you for what you did. I love you for allowing me to return to my wife and my son. [But] he can’t say anything to him. And he is a communicator, he is an orator, so that moment is hard for him. It really, really brings him down.

It’s such a dark, intense episode, but I have to imagine you were keeping things pretty light behind the scenes?

I like to keep things light and keep spirits high on set. We have such long days, and trying to remain jovial and motivated often helps the people around you have a good time. However, I wasn’t my normal self shooting 508 because it was a tough act to shoot. Roger was always in a dark, tormented place. He’s depressed, he was approaching suicidal, or at least there was a flash of something [in him] that thought that. And so to be in that frame of mind, I was probably less fun to be around. I was probably the least fun I’ve ever been to be around in episode 8. [Laughs] Those scenes between Caitriona [Balfe] and Sophie where they’re looking fed up and sort of exhausted by it all were probably quite true to life. I was like that off camera as much as I was on camera.

What can you tease for the rest of the season?

It keeps getting better and better. We get a really exciting finale. From episode 8 on it escalates to that climax. We think fans are going to enjoy it.

Julie Kosin Senior Culture Editor Julie Kosin is the senior culture editor of ELLE.com, where she oversees all things movies, TV, books, music, and art, from trawling Netflix for a worthy binge to endorsing your next book club pick.
Comments
Share This Post: 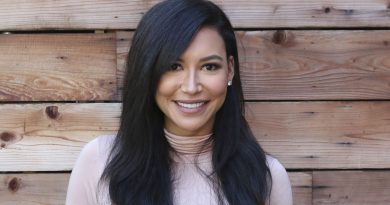 Listen to article Former President John Dramani Mahama has described the current Speaker of Parliament, Professor Mike Oquaye as an