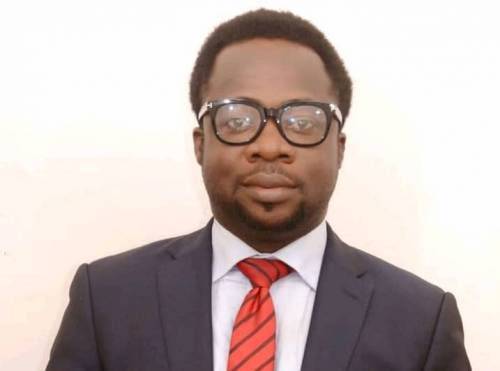 There is a disconcerting silent class struggle in Nigeria amongst the different social strata of her citizens in the country, which the novel Coronavirus pandemic has exposed to us in the most glaring terms ever. Nigerians first, have been informed repeatedly to maintain social distancing this period to avoid a  possible spread of the disease and most importantly stay indoors to enable the relevant authorities charged with the responsibility of controlling the disease contain the pandemic.

Many Nigerians have deliberately refused to comply with the orders of the government. One of the root-causes of such insubordination is not far from the obvious fact that many Nigerians believe that this country belongs to the elite only and that whatsoever order they make for themselves should not apply to them since the government does not really care about them. Their argument is further strengthened by the very noticeable fact that since the people provide everything for themselves, including basic amenities, which ordinarily is the duty of government to do, why should the government issue orders to them.

This is a dangerous social injury that the political class has failed to address, this painful sore that has become a cankerworm eating deeply into the very fabrics of our nation’s solidarity have been left to fester unconditionally and this is capable of igniting a monstrous insurrection in the nearest future. The compliance ratio to law in Nigeria has dropped incredibly as the misery index rises where survival at all cost has become a fierce battle for a huge population like ours. Little wonder Nigerians are becoming deeply aggressive even on this platform where people make violent comments with deep-seated anger and hatred for whoever chooses to address issue of concern even when they have not read or listen to the details or argument canvassed.

The resources of this country over the years have been mismanaged by the elite to the point where we have very rich people living in opulence, masquerading and brandishing their wealth alongside very poor people who can barely feed themselves. This class difference is not insulated from one of the major factors instigating these resentful and bitter masses of this country. A struggling population preoccupied with all kinds of vices and acerbic hardship, mass misery and widespread poverty. More painful is that the country possesses enormous resources to see to it that her people’s security and welfare are preserved and guarantee, but for bad managers of the affairs of this country, nothing is working in the direction of change.

In view of the foregoing, people will definitely be resentful anywhere socio-economic injustice reigns. The Nigerian case terribly offends the social contract theory where the people having submitted their allegiances to the sovereignty of nationhood in exchange for the preservation of their rights, security, privileges and welfare, are disappointed by the same state who promised them the dividend of the social contract theory. This breach of the social contract theory by the government accounts for while many Nigerians see the country as a property of the elites, whose laws or orders should not apply to them. The government‘s breach of the trust the people repose in it is why people no longer believe in the concept of statehood and are gradually taking solace in their tribes and of course you know, that the tribe is a natural enemy of the state. This common insensitivity of government in managing the affairs of the state equitably is widening the class bracket and fuelling the flames of inequalities amongst us.

It is an established fact that government irresponsibility has made the people endangered species and this must be addressed post-COVID-19. Government must give the people a sense of belonging by making adequate provisions for the security and welfare of the people, bridge the gap that currently exist within the social class, provide employment and give Nigerians what they deserve as citizens. The country must build a system that runs on merit, where hardworking and ingenuity is rewarded. The educational sector must be overhauled to increase talent input and enhanced productivity. The economy of Nigeria must be manned by experts with economic recovery and developmental policies that will drive the Nigerian state into relevance in the scheme of things with international best practice.

Orji Kalu: I Started RUGA In 2001, I’m One Of Largest Cow Sellers In Nigeria