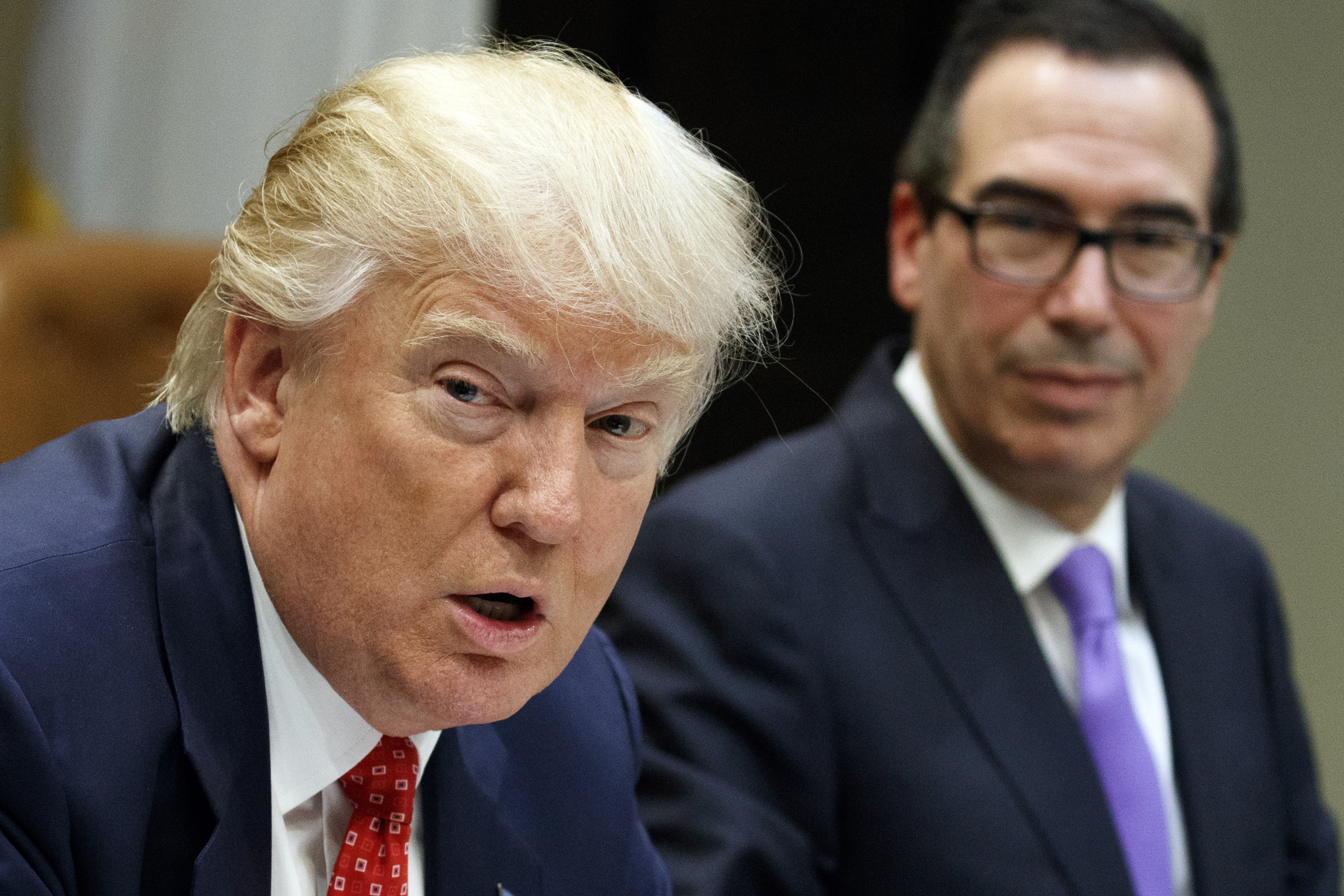 Thursday night, the access journalism team at the Washington Post published a piece declaring that Donald Trump intends to “reopen much of the U.S.” in May.

“The Trump administration is pushing to reopen much of the country next month,” Matt Zapotosky, Josh Dawsey, Jose A. Del Real and William Wan report, noting that Trump, behind “closed doors,” has “sought a strategy for resuming business activity by May 1.”

This is, needless to say, scary as hell. We’re nowhere near conquering the coronavirus epidemic and, thanks to Trump’s deliberate negligence — born from his desire to conceal the spread of the virus — we have nothing close to the testing capacity necessary to start letting people congregate safely again. Unsurprisingly, the article caused a lot of panic and anger, and reasonably so: There is nothing but downside to “reopening” the economy without a plan to control the spread of the virus.

But not to get too 11th-level chess about it, Trump — or at least his allies — probably aren’t serious about this. Instead, the chatter about “reopening” the economy is very likely more of a political gambit than a serious suggestion.

Trump and his allies know he needs to come up with some argument why the economic devastation we’re facing is not his fault. (It is his fault.) More importantly, they’ll need someone else to blame. This chatter about “reopening” is about laying the groundwork for that. Come fall, Trump will argue that he wanted to save the economy and get everybody back to work, but the “deep state” wouldn’t let him. He’ll try to use this ruined economy as evidence that he should be re-elected to take on this supposed conspiracy of embedded liberal-socialist traitors.

There are a couple of reasons to believe this is more a political gambit than a serious suggestion. For one thing, Trump doesn’t actually have the power to “reopen” the economy, as national security expert Marcy Wheeler pointed out on Twitter. State governments control those, and while at least some red states will no doubt go along with any loony plan Trump rolls out, states like New York, California, Illinois and Massachusetts — which are critical to the economic well-being of the rest of the country — will not play along with a harebrained scheme that causes the already devastating pandemic roaring back to life.

There’s also the coronavirus itself. Even if Trump could wave his magic wand and “reopen” the economy, the rapid spread of COVID-19 would probably do as much, if not more, to wreck the economy as the weeks of quarantine did. Piles of bodies and overwhelmed hospitals are not good for the economy, generally speaking! And it’s not like people will suddenly revert to their previously normal lives when a dangerous disease is still spreading all around them.

Maybe Trump is dumb enough to believe that the economy is like a light you can just switch back on, and everything will then go back to the way it was before. But there are people around him — like Attorney General Bill Barr, Treasury Secretary Steven Mnuchin and Sen. Lindsey Graham, R-S.C. — who, evil as they may be, understand that there’s no straightforward path “back to normal.” The millions of Americans who’ve become unemployed over the last three weeks won’t magically find new jobs, and recovery from the current economic devastation will be long and difficult.

Yet Mnuchin has been backing Trump up, saying that he believes the economy can be “reopened” as soon as next month. Barr, too, recently declared that current lockdown orders are “draconian” and suggested that some modified form of “social distancing” can be accomplished without telling “people to go home and hide under their bed.”

Barr’s wild caricature of the current state of affairs — no one’s under the bed, and we’re all allowed to leave home for grocery shopping and exercise — hints at the fact that this rhetoric is more political than serious. So is his disingenuous proposal for a version of “social distancing” that is somehow different than what people are currently doing. There is, of course, no such thing and Barr is, of course, blowing piping hot air.

On the propaganda front, we also have the folks at Fox News eagerly pushing this “reopen the economy” line. Some of them, like Sean Hannity, really are diddle-brained fools who don’t realize how bad that would be. But others, like Tucker Carlson, are probably intelligent enough to grasp that such a move would ruin both the economy and public health, and so are floating this as a cynical political ploy rather than an actual policy proposal.

Indeed, there’s no way around a deeply cynical theory of what’s happening here: Trump and his allies are exploiting access journalism, which speaks to the reader’s desire to feel like they have insider knowledge, to spread a dishonest narrative. That narrative is that Trump wants to “reopen” the economy and save everyone’s jobs, even though that’s impossible. And the goal is that when the economy continues to tank, Trump can paint himself as a victim of nefarious forces who thwarted him from making America great again.

Trump wouldn’t actually benefit from “reopening” the economy, after all, and on some level he may understand that. It wouldn’t work the way he implies it would, and it would probably lead to even more economic devastation to go along with the public health catastrophe. But he certainly might benefit from sowing a narrative about how his heroic efforts to save us all were crushed by the oppressive forces of the “deep state.”

There is no evidence that anyone at the White House or in the Republican Party in Congress is even engaging with the various proposed plans out there to reopen the economy. Their lack of interest in taking this seriously is a good sign they are not taking this seriously.

Viewed in this light, it’s likely that right-wing pundits are being deliberately provocative when they say, as Bill O’Reilly recently did, that many “people who are dying [of this virus], both here and around the world, were on their last legs anyway.”

The purpose of that is, in large part, to draw the outraged reaction from liberals that can then be characterized as “political correctness.” Conservatives can then cast themselves as hard-nosed realists who are being suppressed by oversensitive liberals who are willing to tank the economy in a hapless bid to save a handful of people who were going to die anyway.

This simply can’t be stated firmly enough: That’s a horrendous lie. It’s a false dichotomy to pit saving lives against saving the economy. For one thing, you can’t do the latter without doing the former; the viral pandemic is hugely disruptive in and of itself, and not just because of the quarantine. For another, liberals appear to be the only people willing to do what it takes to save the economy, which is not some hasty “reopening,” but a major government stimulus program that pumps in as much money as needed (and then raising taxes the rich to recoup the losses).

But these provocations from O’Reilly and other conservatives who say they don’t mind letting people die to save the economy are surprisingly effective. They generate the desired outrage from liberals and, more important, they pull the focus away from the urgent discussion this country needs to have, which is about how to save lives and rebuild our economy.

This narrative about the “deep state” and “political correctness” is Donald Trump’s last-ditch re-election strategy. Perversely, his false dichotomy between saving lives and saving the economy works better if it remains hypothetical, which is to say, if the economy isn’t “reopened.” That way, Trump can spin fantasies of how great things would have been if we had just listened to him, and claim that conditions only got worse because the snowflake liberals got their way. If he actually could “reopen” the economy, the widespread devastation would speak for itself. He benefits far more from leaving that as a fantasy than from making it a reality. 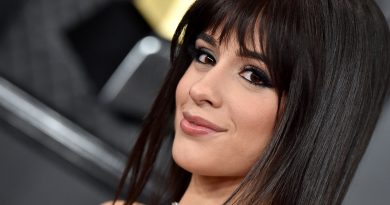 Our primaries have a zombie problem: Early voters for drop-out candidates shouldn’t lose their voice