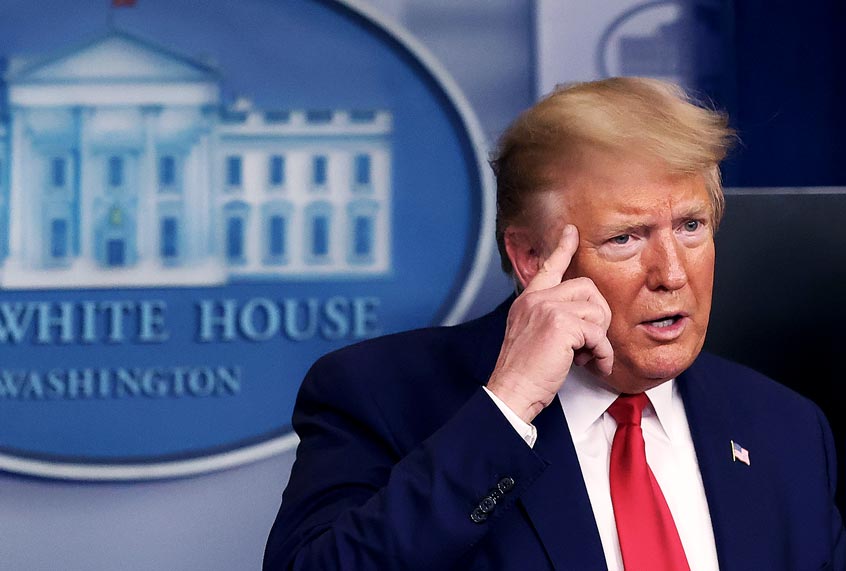 CNN anchor Jake Tapper wrapped up his show on Sunday with a question for Donald Trump.

“Mr. President,” he said. “I know you, like millions of Americans, are eager to have the nation go back to some semblance of normal. One of the questions the American people need answered for that to happen responsibly: What’s the plan?”

And in all the countless hours of bluster and spin, Trump has never once articulated anything remotely like a plausible plan for how we get to the point where it’s safe for people to go back to work again — beyond some sort of unspecified miracle.

“Things are happening. We’re starting to see light at the end of the tunnel. And hopefully, in the not-too-distant future, we’ll be very proud of the job we all did,” he said Sunday.

“As a nation, we face a difficult few weeks as we approach that really important day when we’re going to see things get better all of a sudden,” he said Tuesday. “And it’s going to be like a burst of light — I really think and I hope.” (Reporters, amazingly, lauded him for his new realism.)

Tapper is not alone in realizing that there needs to be a plan — and that Trump doesn’t have one.

“What, exactly, is the endgame here?” asked David Wallace-Wells, writing for New York magazine on Monday:

That there is no coherent federal plan to deal with the outbreak as it currently stands is horrifying enough — an absolute evacuation of presidential leadership that has already cost thousands of lives and will likely cost tens of thousands more. But the fact that there is also no planning to speak of for how we might leave behind the present crisis means all we can see looking forward from the darkness — is more darkness.

Wallace-Wells despairs both about the lack of a plan and the lack of “visible discussion” about a plan. That latter problem is something we in the media could and should be doing something about.

The fact is that experts have all sorts of proposals for what we should do to put this crisis behind us — it’s just that, for some reason, the media continues to let Trump set the agenda rather than let the experts do it.

As I wrote on March 27, the consensus among public-health experts is that the only way life will return to something like normal is if the federal government initiates widespread, quick-turnaround, publicly-reported testing — not just of the sick or scared, but of cross=sections of every community.

Economists have a plan, too. New York Times reporter Jim Tankersley talked to “more than a dozen economists” and found a “broad consensus on the building blocks the economy needs — but does not yet have — to begin the slow process of restoring normalcy in the American economy.”

That consensus plan involves – surprise! — widespread testing, among other things.

It would also require Trump and other policymakers “to level with Americans — and themselves — and concede the possibility that the shutdown and its effects could drag well beyond the end of the month.”

And this plan, from the Edmond J. Safra Center for Ethics at Harvard, calls for urgent, aggressive investment in IT for contact tracing and “increasing testing capacity to millions of tests administered per day.”

Trump’s daily briefings are not good for much, but they could be an opportunity for journalists to speak out on behalf of the public and the experts. So reporters should stop asking little incremental questions that Trump ducks and turns into repetitive soliloquies.

Instead, they should relentlessly ask: What’s the plan? When will it be safe to go out again? How will we know?

And they can contrast his responses, such as they are, with actual plans, like the ones mentioned above. Why hasn’t he adopted one of those plans? What’s the hold-up? Or is he just waiting for a miracle? 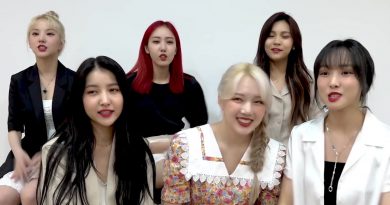 GFRIEND Sings “Sunrise,” Maroon 5, and Avril Lavigne in a Game of Song Association