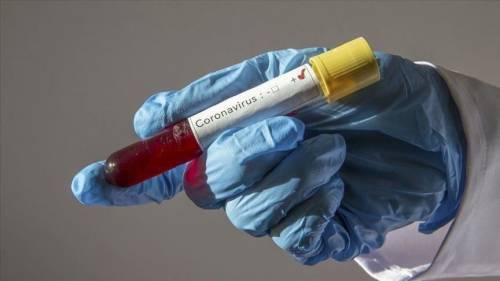 When COVID-19 broke out in December 2019 in Wuhan, the capital city of Hubei Province in China, it was a Chinese problem and business should go on. Donald Trump sums up the attitude of most world leaders and capitalist ruling elite when he ascribes COVID-19 as Chinese Virus.

Like China, like other countries, the Chinese ruling class initially down-played the virus so that it does not affect business and profit, so that investors are not discouraged, big businesses must continue to make big profit, production and commerce must not be disrupted in any way. This is more so because initially, the Chinese ruling elite saw it as one of those diseases that will mostly affect the poor, who cares about the poor, China has over a billion people, workers are not in short supply, aside from massive exploitation, it is one of the reasons labour is cheaper than other industrialized economies.

While the working class and poor were dying, the party continued in the homes of the capitalist as they celebrated profit margin, they watched as their investment in the biggest gamble house (stock exchange) improves, later reports of family members, friends infected by COVID-19 started coming in, top Chinese leaders abruptly stopped the party, pretended to be different and sacked some leaders in the province for not taking adequate measures to stop the deadly Virus- somebody must be the fall guy.

The saying that ‘those who wear the shoes, know where it pinches’ became very relevant, it now pinches the rich, ‘this virus will kill us all in China if we do not fight it’, the ruling elite imagined, resources were belatedly deployed, hospitals were built within a few weeks, safety kits were produced and imported within weeks, ‘we must hurry, we must save ourselves’, they shouted.

As usual, the importance of humanity was thrown to the dustbin by the capitalist system, it was a Chinese disease, it was Chinese business, let the business continues between China and other countries unhindered, but we all know that disease knows no colour, tribe, race or nationality. In less than a month, COVID-19 travelled to other countries and three months after, it is in virtually all countries of the world but with different degrees having infected over 1.2 million persons and sent over 70,000 people to their early graves. Now, there is no big brother to help other countries except for tokenism, all the big economies have their dose to contend with, possibly trillions of dollars will be spent to combat this deadly Virus and its economic impact. Though, we have seen Cuba exporting medical workers, as usual, to assist other countries on humanitarian ground but too small to alter the ravaging Virus. The lesson COVID-Virus is teaching humanity is to cooperate and solidarise in order to be our brothers/sisters’ keepers, to give free and quality healthcare, education etc., to all. Capitalism has altered humanity to the extent that where profit is not guaranteed, even if lives are at stake, investment is hardly deployed. It would have been far cheaper, easier and convenient if other countries had rallied around China, send medical supplies and personnel to fights the Virus, drastically reduce the influx of people in and out China for a period except where it is extremely important with measures put in place to easily isolate and treat infected people, the world would have been safer today without lockdowns, disruption of peoples’ lives and deaths.

Capitalism is only interested in profit, ‘to hell with human needs.’ The world is a global village only to the extent that the exploitation of workers and the poor by the capitalist class is easily carried out in monstrous capacity at a global scale leaving 736 million people in extreme poverty, want and misery. It is high time workers, peasants and the poor started fighting to end this iniquitous, unfair and brutal capitalist system of a tiny minority and replace it with a socialist system wherein human needs dictate production and exchanges under a planned system that is controlled and management democratically by the vast majority working class and poor people. This is the only way healthcare, education and other basic things of life will be prioritized and a virus will not lock down the whole world.

Leave it to Jennifer Lopez to start the year with 2021’s most aspirational hair. ICYMI, the singer performed in Times