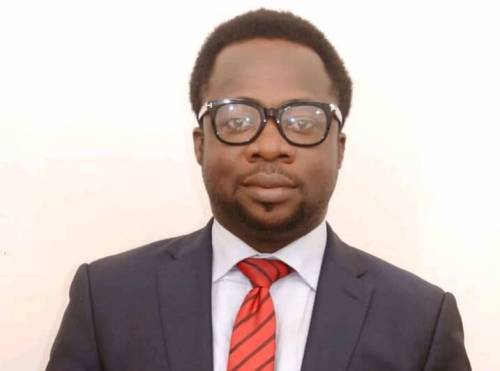 An allegation however, probable cannot take the place of evidence under our legal system therefore do not rush to plead guilty no matter the circumstances you face. Sometimes the law enforcement agents may act impulsively, arrest you without looking carefully as to what amounts to an offence under the law under which you are charged.

If for example the law says you must not keep a gathering of more than 20 persons this period, you have not committed an offence if the number falls short of that. Let the prosecution get the video they claim you uploaded, do the counting of the number of persons therein and adduced same as evidence before the court to prove you are in breach of the law.

Let the prosecution prove your guilt instead, that is the law. It’s not in your place to rush into the conclusion of guilt yourself when in actual fact the allegation hasn’t been proven beyond reasonable doubt by the prosecution.

You cannot say you are guilty yourself and leave the prosecution with no job to do. He should tell the court you’re guilty with evidence. You’re covered by constitutional safeguard of the presumption of innocence which says you’re presumed innocent until the contrary is proven.

When the prosecution finally gets to open his case to prove your guilt, he’s got a huge task before him and he must come out of it proving the charge beyond reasonable doubt. At this point, his mistakes, inadvertence, conduct and inconsistencies may leave traces of doubt in the mind of the court which the law says must be resolved in your favour.

The Investigating Police Officer (IPO) will give evidence and afterwards his evidence will be subjected to cross-examination where your lawyer is expected to discredit the evidence of the prosecution. If he succeeds here then your chances of a discharge is imminent and if not the determination of the totality of the case still lies in the court’s findings.
Your lawyer will bring a submission of a no case to answer.

The submission of a no case to answer may be made where any of the following situations arises.

Where there has been no evidence to prove the essential element in the alleged offence; and/or
Where the evidence adduced by the prosecution has been so discredited as a result of cross-examination or is so manifestly unreliable that no reasonable court could safely convict on it.

Once all or any of the following situations arise your lawyer may bring an application dismissing the case against you on the ground that you have no case to answer thereby urging the court to discharge you.

My perspective therefore is not to enable you escape justice in situations where you may be outrightly guilty but to guide you to note that your haste to plead guilty is unhealthy. It doesn’t confer sympathy on you by the courts, it only makes the prosecution’s job easier and sometimes, deactivates his struggles to secure a conviction against you.

You see, If you rush to plead guilty in a court of summary jurisdiction as you just did at the magistrate court you will be convicted and sentenced accordingly. Even when, if you had allowed the court to look into the merit of the case, the court may come to terms with the fact of your innocence, you have nailed yourself already. After serving the terms of the penalty or punishment you will become an ex-convict and the far-reaching effect of this is that this will put a restriction on some of your rights, privileges and civic responsibilities leaving an indelible stigma on your personality.

Don’t plead guilty just yet, you may be innocent without you knowing so. As to what many Nigerians will say, leave them to their opinion.

I shall go to Rabbi again

Deregulation: NNPC paid itself N1.53trn as subsidy for petrol in 3 years