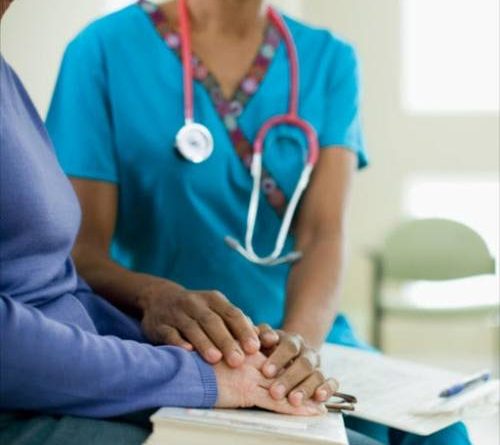 In Ogun State, health workers are being paid inhumane sum of N5000 as hazard allowance. Doctors are now clamouring for N200,000 increase hazard allowance increase, due to the Covid-19 pandemic.

Whereas, nurses work 24 hours shift since the pandemic, and the leadership of this professional body never start the call for increase in their allowance, but they go ahead to do what they do best; save lives.

Another notorious fact is that, a doctor who just got home called will receive a salary higher than what a nurse of 15 years in service will earn. This is pure injustice.

Aside that, it is trite to note that, both doctors and nurses spend the same amount of years (six years) studying to be qualified. But still, nurses are treated as ‘second class workers’ in line of duty.

Take a close look into our health institutions, most departments are headed by doctors, even wards, where nurses are the ‘ hard workers’. For instance, in Olabisi Onabanjo University Teaching Hospital, Sagamu, it is notorious, that nurses have never been rewarded more than their basic salaries, in fact, most times, they are owed, while their counterpart are paid promptly.

I believe, urgent call should be made to the appropriate bodies to as soon as possible, address this menace, which is turning sour, everyday. The patient will never argue that nurses are more available than doctors, so, why treat these champions badly.

Since the outbreak of the pandemic, doctors have been mostly wanting, while, the nurses have always fronted scenes. It is thus reasonable enough, that these nurses be respected, honored, and rewarded.

The government should lol into the welfare of nurses more than ever before, and make sure they are adequately rewarded.

Yesterday marked another sour experience for nurses in Ogun and Lagos states. Because of the fact that, there is lock down, and both doctors and nurses have to be on ground to attend to emergencies, as early, as called for. The states, organised a meal welfare for these health workers.  But still, nurses were thoroughly humiliated. In Lagos, doctors were served spaghetti and chicken, while, nurses were served garri and beans (ewa agonyi).

Also, in Ogun, nurses were served only a piece of N150 bread, without any side dish, which most of them rejected and grumbled over. This is the height of another injustice that must be checked.

Again, since the outbreak of the pandemic, globally, nurses, cleaners, social workers, ambulance drivers and others, that are seen and treated like low class workers, have managed to persevere and discharge their duties, despite, the risk, unfortunately, these set of workers are not been remunerated properly, especially in OOUTH.

Although, doctors too are to be appreciated, but, the welfare of nurses should be held paramount, and they should be treated more like humans. These people are life savers, not slaves to doctors. Thus, the excesses of doctors should be duly checked, and balance should spring up amidst the treatment of doctors and nurses.

The period of this pandemic should be a catalyst for a major change. In fact, nurses should be given the chance to be commissioners of health, Chief Medical Directors, Minister of Health and even Heads of Department in health institutions, go to OOUTH, no nurse heads anywhere.

While their salaries should be increased, they should not be subjected to ‘slave like’ treatment by doctors. The appropriate authorities should see to this.

There was a time in Ogun State, when, the daughter of former President Olusegun Obasanjo, Senator Iyabo Obasanjo Bello, a veterinary doctor, was appointed, Commissioner for Health in the state. Nurses that treat humans and not animals are never given the chance to become even chief medical directors of government hospitals in Nigeria.

Nigerians, all over, not just in Ogun and Lagos should take it as a responsibility to see to it, that the oppression meted on nurses, be stopped as soon as possible, and nurses should be treated as life savers not slaves to doctors. 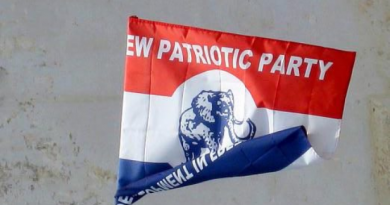 Executive Director of Sexual Health Foundation, Dr. Samuel Amanamah, has revealed that about 50 percent of men between the ages