Canada and America Monday joined the list of countries that have evacuated their citizens from Nigeria as a result of the coronavirus currently infesting a growing number of people.

200 Canadians were evacuated from the country through the Muritala Muhammed International Airport, Lagos.

The Canadians were airlifted by an Ethiopian airline Boeing 767, flight ET8201 with Registration number ET-ALO. After the mandatory screening and boarding formality, the aircraft took off to Nnamdi Azikiwe International Airport, Abuja were it will pick other evacuees cleared for the flight. The aircraft took off with 137 Canadians and 11 crew members.

Also, another aircraft belonging to the same Ethiopian airline evacuated 385 Americans through the Muritala Muhammed Airport, Lagos after the departure of the first flight. The aircraft, a Boeing 777-300 series took off directly to Washington DC, USA from Lagos without going through Abuja to pick other passengers.

Recall some Egyptians were on Sunday also evacuated from Nigeria through the Nnamidi Azikiwe International Airport, Abuja. Egypt was as at Sunday the latest country to evacuate its citizens from the country due to the current corona virus pandemic in Nigeria.

The evacuation carried out by Air Peace airline started from Owerri, Imo State where 37 Egyptians boarded the flight at the Sam Mbakwe International Cargo Airport, Owerri.

The Air Peace aircraft for the evacuation essential flight arrived the Owerri airport after midday and departed later to Nnamdi Azikiwe International Airport, Abuja. This evacuation of the Canadians is the 8th evacuation embarked on by different countries thus far since the shut down of passenger flight Operations into the country.

So far, Air Peace airline has done two evacuations of foreign nationals, the first was the evacuation of Israelis from Lagos via Abuja to Tell Aviv.

So far, Air France and Lufthansa have evacuated over 800 French and German nationals through Murtala Mohammed international airport Lagos. 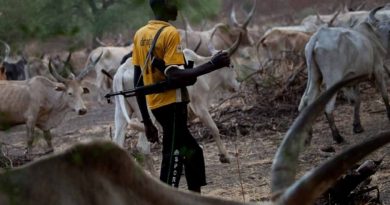