FORMER Deputy National Chairman and Member, Board of Trustees of the Peoples Democratic Party, PDP,  Chief Olabode George, weekend, donated N160 million as a direct aid to the needy in Lagos State to cushion the harsh effect of the restriction order by the Federal Government to halt the spread of the Corona Virus.

The aid, which includes cash donation, cows, bags of rice, groundnut oils, bottled water and beans were distributed to the needy irrespective of their political party affiliations.

George also donated N10 million to the PDP in Lagos State to assist the party in providing relief to its members during this lockdown.

George, who commended the federal and various state governments for their efforts in combating the dreaded COVID-19, said as an elder statesman, he believes that Government cannot do it alone adding that was why he provided relief materials to the needy in Lagos State.

He said his direct aid to the needy has nothing to do with politics and should not be given any political colouration.

George, however, promised to reach out to the needy in the South West just as he called on Nigerians to cooperate with the Federal Government in its efforts to combat the spread of the COVID-19. 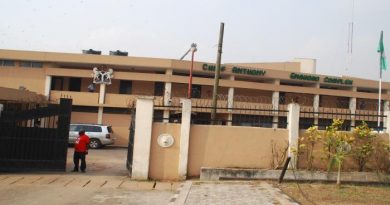