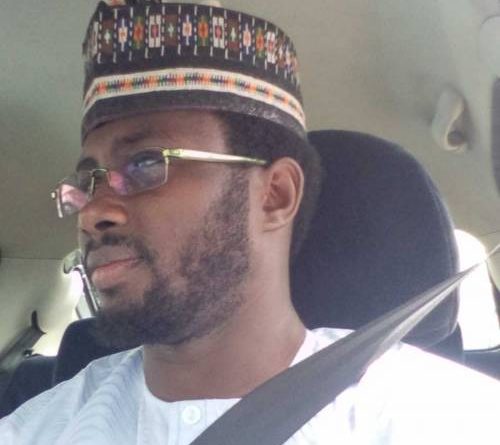 Recently, Professor Wole Soyinka and Malam Garba Shehu have a clash. Perhaps, the two conflicting aggrieved parties have been in a covert conflict for a long time. One is a voice that is never silenced to reveal the truth and does not make any rhetoric in confronting falsehood or any suspicious move against the truth. However, the aura has not brought them together until recently when the Nobel Laureate,playwright, cultural and literary critic as well as liberal humanist, Soyinka has deconstructed the federal government policy as regards lock down of three key states in the country and subsequently exposing the government lacking legal or constitutional grounds for the presidential order. The other is an official spokesperson to the president of the Federal Republic of Nigeria who does his job for himself as other publicity secretaries- where they manipulate news about their bosses and package them well from the surface.

It is disenchanting that literary writers and cultural critics have always been in conflicts with politicians and political backers. Whereas critics are scrutineers who observe situationsand come out with a scrutiny- an outcome with a view of finding solutions to the problems and to enlighten the society. They recommend andpave ways for more recommendations from the populace about socio-political and economic problems.

From one hand, there is positive aspect of criticism, which is recommendation. On otherhand, the negative aspect of criticism is also condemnation. Both completes the modern concept of ‘value judgment’.  The main purpose for applying value judgment in our daily life- writings, criticism, administration; activism, operations, business, etc., is to establish fairness and objectivity- that is ‘disinterested cognitive faculty’- to remain neutral and focus on what is right and beneficial to the society rather than being biased and sentimental and dragging the society backward. To cut the long story short, value judgment is giving preference to the truth and assessing its merit and establishing fair play. Unlike what Malam Garba Shehu did to Soyinka which is absolute ‘solecism’- Value judgment is not about scathing personality of an individual. In this regard, Malam Garba Shehu did not act his age.

No doubt, the recent pandemic of COVID- 19 is a global distraction which has made negative impact on communities all over the world. It becomes a stumbling block among other things, to economic, cultural as well as social progress. However, a lot of things have been politicized in Nigeria in the course of the pandemic. Some are apparent while others are not. In a moment where some group of people are benefiting, it becomes risky to talk and the group of people could do anything to avoid having broken dreams

On the presidential order to lock down FCT, Lagos, and Ogun states, Soyinka spoke upagainst the policy. As a writer and a humanist, he tried and made the situation translucent forpeople to see the implication. To me, that is patriotism and he has done his job as a writer and a humanist- drawing peoples’ attention to be on alarm, setting them out to question the questionable and demand their rights. That is what a critic and a writer does; he open doorsfor the society to see the unknown and the concealed.

The lockdown is undeniably a good idea, however, if it were taken seriously and made to follow the rules which simply denotes making things easier for the people living in the affected areas. This implies considerate provision of incentive scheme to sustain them during the lockdown- I am not including the well-to-do people whose business operations and other engagements would be a standstill- And I am talking about realistic and transparent incentives- Not incentive that we could only read on papers and watch like a drama on the TV that could not be congruent with reason.

Certainly, I have not been an ardent admirer of Wole Soyinka, however, I was disillusioned by the statement made by Malam Garba Shehu against Soyinka especially with regard toattributing the latter as a fiction writer. There is no any iota of doubt that the statement was a deliberate attempt to insult the character ofSoyinka. This is disapproving- disapproving because Soyinka has already gone beyond fiction writing, disapproving because Soyinka is an elder statesman; disapproving because he has innumerable achievements that have surpassed his profession. Soyinka masters Western history,Greek, and journalism. Though, he is not a medical doctor yet he gives prescriptions and solutions to many problems, he is not a scientist, however, he follows scientific ways of doing things and especially in analyzing situations. He is versatile and a man of letters. He follows current affairs and commonsense. He is one of the remarkable living personalities who made it in various capacities. He has a reputation for taking an active role in Nigeria’s political history and struggle for its independence. Nevertheless, Soyinka was never silent against political tyrannies and military dictatorship, not only in Africa but also in the whole world.

Back to basics, a lot of misconceptions about literature and literary writings have been naivelylimited to ‘‘fiction’’. Literature and literary writing are far beyond that. Literature could be‘‘fiction’’ and ‘‘non- fiction writing’’, it is a value tradition of writing, imitation of reality as well as a mirror of life. It has artistic and intellectual worth. Literature- the so-called fiction could be oral or written traditions: values, ideas, manners and intellectual documentations of a society. It has a strong relationships with sociology, psychology, philosophy, economy, politics, education, communications, history, gender study; culture, ethnic study, cultural materialism, and a host of other fields. Moreover, biographies, autobiographies as well as memoirs are part of literature.

Literary writers should not be considered as fiction writers only, most of literary writers specialize in different fields, be it academic or professional. In other words, literature is one of the rare field that breeds people with variouscompetencies other than the so-called fictionthey learned. They are creative and apply many of their creative ideas in all walks of life.

My advice to Malam Garba Shehu is that he should learn from those who have walked the path before him, and then respect intellectualism, humanism and humanity.

The former sub-chief of Foase Charles Manu is said to have stolen GH¢20,000.00, from a teacher, who wanted to buy