…rges N20, 000 palliative for every Nigerian

FORMER Governor Olusegun Mimiko of Ondo State has asked the Federal Government to focus on producing manual ventilators as the COVID-19 pandemic escalates in the country.

In a statement entitled ‘Just thinking aloud’, Mimiko asked Nigerians to look inwards as they face the COVID-19 challenge.

“The time is now for Nigerians to prepare for the worst case scenario and look inwards to carve out its own peculiar strategies”, he said.

While noting that the President’s recent address should give added momentum to the combat against the killer virus, the former governor said that “the most crucial equipment at the clinical stage is the mechanical ventilator, the scarcity of which is now global”, saying, obviously, Nigeria does not have enough to match a population of 200 million people.

“While trying to procure more of this life-saving gadget which are hardly available anyway, we should start mobilizing massively for manual ventilators and start training paramedics who may be called to use them as instruments of last resort in emergency”, he said.

“Even New York is already making arrangements in case it needs to go through that route.

“I am sure that if we ransack medical stores in hospitals around the country, we may be able to retrieve a lot of old fashioned manual ventilators that can be fixed for use and also importantly to serve as prototype for local production.

“Local companies like Innoson Motors, though may face challenges trying to produce modern type mechanical ventilators because of sophisticated software and electronic parts, will produce any type of manual ventilators as quickly as would other similar or related local industries, if challenged.

“After all, the basic principle of most types of ventilators, positive pressure creators, is more or less the same as that of time honored bellows that our traditional smiths were so dexterous at”.

The former governor expressed doubts about any effort by government officials to engage Innoson since their reported claim against its capacity to produce ventilators.

“Simultaneously, we must start mobilizing our local capacity and start building oxygen plants for what may turn out to be an astronomical demand”.

He added that the troubling issue is how to sustain a stay-at-home order when perhaps up to 40 percent of our adult population earn their daily bread on daily basis.

He advocated that N20, 000 palliative be given to every Nigerian with a BVN account to cushion the effect of the pandemic

“We are quick to complain of lack of data, but we have BVN”,

“I’m told we have 40 billion BVN accounts. Adopting a benchmark of say annual turnover of below 360,000 needing palliative, and assuming that up to 50 percent, i.e. 20million qualify for palliative, say 20,000 Naira each, that will amount to just about 40billion Naira which we must find.

Operation Python Dance III: In Whose Interest? By Oke Umurhohwo 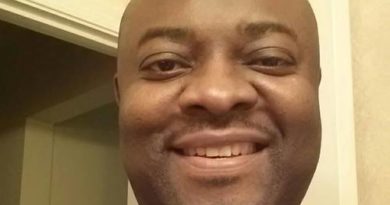 As Orji Uzor Kalu Goes To Jail, FFK And Patience Jonathan Should Be Next By Churchill Okonkwo

A security analyst, Mr Adam Bonaa, has said he will soon engage the Ministry of Works and Housing and other