The Ogun State Governor, Dapo Abiodun, on Friday, while appreciating the support and donations from well meaning Nigerians in the efforts to fight the dreaded Coronavirus pandemic, singled out a-9-year-old girl, Oluwasikemi Ogunleye, who donated a sum of N950 as her personal contribution for the management of Covid-19 challenges in the state.

Abiodun also disclosed that the State is targeting 500,000 households in its stimulus package to cushion the economic effect of the lockdown exercise on the masses.

He equally declared a total “no movement” from Friday 3rd April till Tuesday morning of 7th April across the state.

Abiodun, who made the declaration, while addressing newsmen at his private residence at Iperu Remo in Ikenne local government area of the state said the total lockdown of the state for the first three days is to allow for complete fumigation of the state.

The governor also announces that the third index case of COVID-19 who was tested positive about 14 days ago, was expected to be discharged Friday evening having shown considerable improvement in his health condition.

He explained that the relief package, which comprised of 5kg each of rice, beans, “gari”, as well as tomatoe pastes, vegetable oil, salt, and seasoning cubes among others were principally targeted for poor and the vulnerable in the state.

The governor explained that the total lockdown would be relaxed every 48-hours beginning from 7a.m Tuesday morning till 2p.m in the afternoon for residents to replenish their food stores while the lockdown lasts.

Abiodun further declared that the state government would begin to enforce compulsory wearing of face mask as from Tuesday morning of 7th April till the expiration of the lockdown.

He also announced that the state taskforce constituted by his administration to monitor the daily report and distribution of the stimulus packages from state government to all the 236 wards of the state. 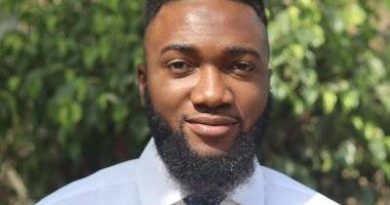 I pray for an end to election votes buying – Apostle Onyinah

Apostle Professor Opoku Onyinah, the Immediate Past Chairman of the Church of Pentecost, says he prays for an end of