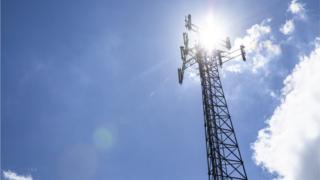 Mobile phone mast fires are being investigated amid conspiracy theories claiming a link between 5G and coronavirus.

There have been fires at masts in Birmingham, Liverpool and Melling in Merseyside.

A video, allegedly of the blaze in Aigburth, was shared on YouTube and Facebook, claiming a link between the mobile technology and Covid-19.

The Department for Digital, Culture, Media and Sport said on Twitter “there is absolutely no credible evidence” of a link, while trade body Mobile UK said such rumours and conspiracy theories were “concerning”.

Merseyside Police said an investigation is under way after the telecommunications box in Aigburth caught fire on Friday.

A video of what appears to be the incident, which happened shortly after 22:00 BST, was shared on YouTube.

Verification from the BBC’s disinformation team suggests the video is authentic, however, it is unclear whether the box has anything to do with 5G technology.

Merseyside Fire and Rescue Service said it is also investigating a blaze it extinguished at a 5G mast in the village of Melling, north of Liverpool, on Friday night.

West Midlands Fire Service said the fire in Birmingham involved a 70ft tower on a telecommunications site. However, it said the cause was yet to be identified and it could not confirm the mast was 5G.

A West Midlands Police spokesman said: “We’re aware of a fire involving a phone mast, but are awaiting further details on its cause.”

NHS Director Stephen Powis told the press conference 5G infrastructure is critical both to the general population who are being asked to stay at home and to the healthcare response to the virus.

“I’m absolutely outraged and disgusted that people would be taking action against the infrastructure we need to tackle this emergency,” he said.

Mobile UK said key workers had suffered abuse and threats from people about damaging infrastructure under the pretence of claims about 5G.

“This is not acceptable and only impacts on our ability as an industry to maintain the resilience and operational capacity of the networks to support mass home working and critical connectivity to the emergency services, vulnerable consumers and hospitals.”

Conspiracy theories linking 5G signals to the coronavirus pandemic continue to spread despite there being no evidence the mobile phone signals pose a health risk.

One suggests 5G suppresses the immune system, the other claims the virus is somehow using the network’s radio waves to communicate and pick victims, accelerating its spread.

While 5G uses different radio frequencies to its predecessors, it’s important to recognise that the waveband involved is still “non-ionising”, meaning it lacks enough energy to break apart chemical bonds in the DNA in our cells to cause damage.

The second theory appears to be based on the work of a Nobel Prize-winning biologist who suggested bacteria could generate radio waves.

But this remains a controversial idea and well outside mainstream scientific thought.

There’s another major flaw with both these theories. Coronavirus is spreading in UK cities where 5G has yet to be deployed, and in countries like Japan and Iran that have yet to adopt the technology. 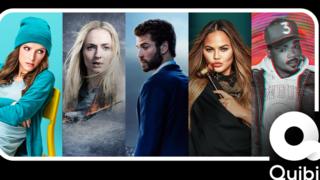 Quibi 10-minute or shorter video app launches in US 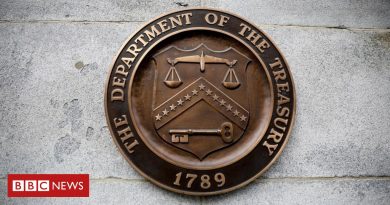 US treasury and commerce departments targeted in cyber attack

10 years of Grindr: A rocky relationship