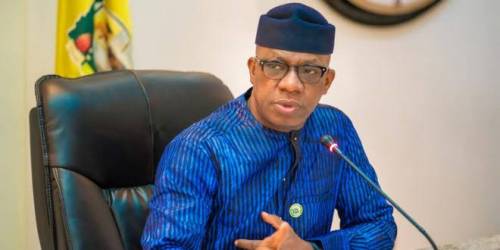 Ever since Dapo Abiodun came into power, he has continued to successfully deceive over seven million of Ogun State citizens with his mere cheap talk on both prints and new media, despite not having anything major to point to as his achievement so far he became governor of the state. Looking at the trajectory, one can clearly posit without apology that the present administration in Ogun State is the most notorious fake news peddlers in the world.

With Ogun State having one of the largest deposits of industries in Nigeria, it is no fallacy to say that the state also has one of the highest Internally Generated Revenue in Nigeria. However, with this, no part of the state can boast of even as little as five hours electricity per day.

Of course, if the people were to be blessed with responsible leaders, a state as industrious as Ogun State ought to have an independent power grid, supplying the whole state. Yes, the state has the capacity to afford that.

Recently, the governor claimed he had a fruitful meeting with foreign investors in the power sector, which he said are working on partnering to resolve the issue of epileptic power supply in the state. Well, I can tell you for free, since the meeting, the issue of power in the state have got worse than ever before. In fact, hundreds of communities in Ogun State have not had access to electricity in years.

The World Bank approved a whooping $250m for developmental projects in the state. Ogun being one of the six states approved for this support.

The facility is expected to help the Ogun State Economic Transformation Project improve private investment in the state by enhancing the business environment, strengthening the linkages between agricultural producers, suppliers and service producers, and providing training and apprenticeship for women and farmers.

The project is also meant to facilitate collaboration between farmers and agribusinesses, improve Science Technology English Mathematics teaching in up to 70 per cent of public secondary schools.

Unfortunately, the project witnessed a major blow, which caused it to be reduced from the initial amount of $350m. This was caused by the recklessness of Ibikunle Amosun and his cohorts, who mismanaged throughout their eight years tenure, the preparatory allowance of $5m.

But Dapo Abiodun is no different from his predecessor. He promised to judiciously apply the fund to the developmental programs already earmarked for execution in parts of the state. Meanwhile, all has been lies and shameful deceit. The governor, on receipt of the funds only diverted it to his own private purse.

It is trite to note that, since the governor came to power, he has not executed any major road project. Thus, even all the cheap and low quality inner roads he embarked on are not been completed. Also, the workers are been owed their remuneration, amidst not providing any welfare for them at all.

Now, the governor has said that he will provide relief packages to Ogun residents during the lockdown. I believe it is reasonable that any serious government that wants to venture into such program should have stated some key preparations. The fact is, there has been no shift in the people’s ‘normal’, except that the people are rushing to use their last kobo to stock their homes with needed essentials during the lockdown, while, the most vulnerable are left to die of the notorious covid-hunger.

Again, it is trite to note that since the coming of Dapo Abiodun, more Ogun citizens have driven into extreme poverty, since the government have failed to do the needful. I urge you to make a tour around Ogun State and see things for yourself. I am convinced that Dapo Abiodun has failed the people of Ogun State, you will surely be convinced too.

On this note, I will be putting out figures of the amount embezzled and by whom in my next article. 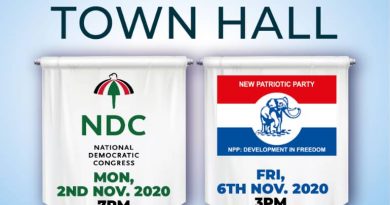 The Troubling Embrace Of Autocracy In Nigeria By Miebara Jato

Listen to article President Akufo-Addo is pleading with Ghanaians to wear nose masks correctly to help combat the Coronavirus pandemic.