Nearly 80 professors of journalism and communications had signed a scathing open letter as of Thursday morning criticizing Fox News’ coverage of the coronavirus pandemic for presenting “a danger to public health.”

The letter, which was posted on Twitter by CNN senior reporter Oliver Darcy and addressed to Rupert and Lachlan Murdoch, criticizes Fox News for “false statements downplaying the prevalence of COVID-19 and its harms; misleading recommendations of activities that people should undertake to protect themselves and others, including casual recommendations of untested drugs; false assessments of the value of measures urged upon the public by their elected political leadership and public health authorities.”

The letter adds that “it is not an overstatement to say that your misreporting endangers your own viewers” as it accused the network of being “derelict in its duty to provide clear and accurate information about COVID-19.”

It also points out that “the network’s delinquency was effective,” citing recent polls from YouGov/Economist and Pew Research which found that Fox News viewers “are much less likely than others to say they are worried about the coronavirus” and are more likely to believe that the mainstream media has exaggerated the danger posed by COVID-19.

“Fox News reporters have done some solid reporting,” the letter states. “And the network has recently given some screen time to medical and public health professionals. But Fox News does not clearly distinguish between the authority that should accrue to trained experts, on the one hand, and the authority viewers grant to pundits and politicians for reasons of ideological loyalty.”

Prominently featured signatories of the letter include Todd Gitlin of the Columbia Journalism School, Mark Feldstein of the University of Maryland, Adam Hochschild and Edward Wasserman of University of California — Berkeley and Pulitzer Prize-winning author Frances FitzGerald. Gitlin told the Times of San Diego by email that he “got the initial signatories and sent the letter with the sign-up link to folks I know at J-schools around the country” and planned to post it to Medium.

A number of Fox News hosts have downplayed the pandemic or peddled false information about it. Sean Hannity told his viewers last month that “I don’t like how we are scaring people unnecessarily” and claimed the president’s critics were trying to “bludgeon” him “with this new hoax.” Lynette “Diamond” Hardaway and Rochelle “Silk” Richardson falsely claimed Monday that the media had inflated the number of COVID-19 deaths in order to hurt Trump. Laura Ingraham originally praised Trump for denying the severity of the pandemic, describing his critics as “panic pushers” and inaccurately claiming that the Centers for Disease Control was a “highly politicized organization.”

Former Fox Business Network host Trish Regan claimed last month that “this is impeachment all over again. And like with the Mueller investigation, like with Ukraine-gate, they don’t care who they hurt. Whether it be their need to create mass hysteria to encourage a market sell-off unlike anything we’ve seen recently, or whether it be to create mass hysteria to stop our economy dead in its tracks, don’t kid yourself. They told us how much they crave a recession as a way to get rid of Donald Trump.” (Regan was later dismissed from Fox Business Network.)

Hannity and Ingraham have also touted information about the potential benefits of a an unproven drug therapy called hydroxychloroquine. An Arizona man died last week after ingesting a fish tank cleaner that contained chloroquine phosphate after hearing Trump promote hydroxychloroquine.

Planning to open a 529 plan account for someone you love? It’s a smart move for education—and for your estate. 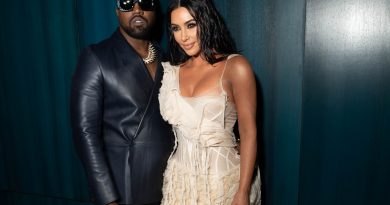 The June 1976 Alumni of the Ghana Medical School has donated Mannequins valued at $6,500 to the Stimulation Center of

Jennifer Lopez Just Got the Most Gorgeous Blunt Curtain Bangs