The pan-Yoruba socio-political organisation, Afenifere, on Saturday, called on relevant security agencies to probe the bomb explosion the occurred on the Akure-Owo road.

In a statement by its National Publicity Secretary, Yinka Odumakin, Afenifere consoled with the Ondo State government over the incident and called for an inquiry into the explosion.

The statement reads: “Afenifere expresses our heatfelr sympathy with the government and people of Ondo State over the explosion that occurred on Akure-Owo road early this morning.

“All accounts so far indicate that the explosion occurred from a possible fire incident from a vehicle that was carrying explosives through the state.

“Though the identities of the movers have not yet been known, the police have claimed they were escorting the ordinances (bombs) when they noticed some challenge.

“While we have nothing to contradict the stated accounts yet, we demand an inquiry into this disaster in accordance with Ordinance and Fiream Acts to be able to determine the type of ordinances that exploded.

3 Who assigned the escorting policemen and under what circumstance and where was the destination of the Imppviesed Explosive Devices.

While we wait for  answers, we must express our displeasure with the  rate of explosions in Yorubaland in recent time.

First was the blast in Ekiti State in early February with investigation blaming it on “human error”.

Till date we don’t know the owners of the articulated vehicles found on the scene of the Lagos explosion while the the number of casualties and level of  suggested damage done to Catholic owned Bethlehem School suggested delibrate targeting.

“While we wait to know the level of casualty in the latest incident in Ondo, we appeal to our people to be very careful in these perilous times.”

‘Only One Local Government Has Functional Firefighting Truck In Kebbi’ 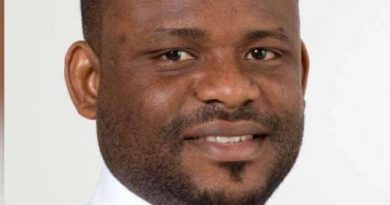 Still, Where Is Dadiyata? By Seun Bakare

Introduction: The Bongo District CSOs Platform on SDGs in an effort to promote transparency and accountability of public resource management

Sunyani: University Of Energy And Natural Resources Takes Its Turn Of Disinfection