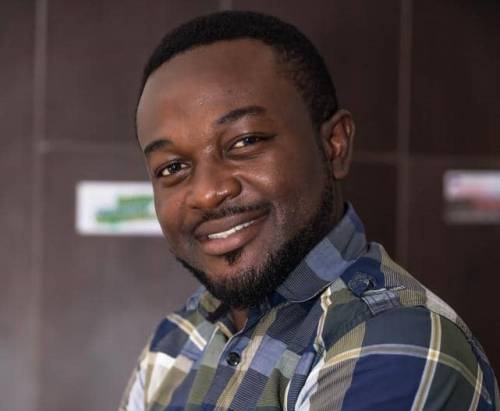 Thousands have died and the numbers keep increasing everyday as the world is shaken, beaten and forced to a compulsory holiday by the global pandemic, the Coronavirus also called COVID-19.

In the wake of COVID-19, it is pertinent to note one of the most troubling factors that will be at play. This, as Karl Max puts it, will be a class struggle between the haves and the haves not. Whatever the direction of the outcome of this pandemic, one thing is sure; it will herald a ground-breaking reorganization of our society or the total collapse of the current socioeconomic, political and governance system.

If this scourge had been able to force governance and business in developed countries like China, Russia, United Kingdom, the United States and the likes, to a halt, it was clear from the onset that it was just a matter of time before the virus crept into the African continent, and particularly Nigeria, the most populous black nation on Earth. While the developed world battled and are still battling to contain the virus which supposedly has no cure at the moment, the ineptitude of Nigeria leaders held sway in this part of the world. Rather than spend time on activating emergency measures, take spot-on decisions and address the nation forthwith, they engaged in frivolous political misadventures, basking in the euphoria of their mediocrity at the expense of the well-being of the generality of the country’s citizens.

The President himself, as the father of the nation, set an abysmal example as he saw no need, whatsoever, to initiate an emergency address to the nation; instill confidence in the general populace; nor reveal its intended measures in combating the corona virus when it was first reported in Nigeria. In fact, in some quarters, the president’s absenteeism, lack of  foresight and delayed national address in such critical time of an emergency, further reinforced some people’s belief that indeed there was nothing like a corona virus epidemic in Nigeria. Needless to mention is the flippant and lackluster attitudes of some state’s chief executives, whom instead of spearheading emergency measures, were busy in political frontlines, holding rallies and inessential meetings. We must also not forget the reckless and irresponsible behaviors of some state officials in the president’s kitchen cabinet who still went about their activities even out of the country to corona virus high risk regions.

Amidst all these treacherous trends exhibited by these leaders, we must recognize the exemplary leadership by a few others, particularly, governors of the North-West region, for their proactive response, including the governor of Lagos state, who has been on the frontline of the containment in his state. The Nigeria Centre for Disease Control and the Federal Ministry of Health are worthy case in point for institutional efficiency.

The demonstrated incompetence at the Federal and State level over the years, as led by the various commanders-in-chief and some nonchalant state chief executives has exposed and will continue to expose more people to danger. Today, the country is faced with a grappling pandemic that threatens to gulp the whole nation, rich and poor alike;  elites and commoners, a time the privileged ones never saw coming,  and even if they did,  not in their life time.

One hard fact we must admit is that given the structure of our society with the high level of unemployment and considering that a greater percentage of the population depend on their daily business activities in order to make ends meet, the containment measures of government in the coming days will be an even harsher reality for lot of Nigerians. The limited or no health access for the poor and vulnerable population will become even more palpable. The overburdened transport system and the unstructured nature of our markets tend to set the pace of the devastating ordeal of a society that is weakened by an economic tragedy, even as supplies and demands become mismatched, perhaps available only to the privileged, causing huge quaver and punches in business activities, resulting to severe socio-economic despair. The housing deficits coupled with the overcrowded shanties even in major cities are forces to also contend with. We are at a cross-road, and if we do not watch it, these harsh realities will only transmogrify into a potent revolt from the underprivileged and neglected; a revolt that will not only reverse any gains recorded from the containment measures, but will eventually consume us.

We are all guilty! The irresponsible leadership is a well-earned payout of our apolitical approach to governance and docility as citizens to mediocre leadership.  It is now clear, more than ever, that our collective destiny as a nation is more important and bigger than the parochial mindset that inspires our elective choices or voting behaviours.

As we grapple with a global pandemic that neither understands tribalism nor ethic sentiments, an epidemic that affects the poor and rich alike, may we also take the time to reflect on how our actions, inactions and lack of informed actions as citizens also greatly contributed to our inability to contain this scourge. Make no mistake, global epidemics cannot necessarily be barred from arising, but their outbreaks can be contained and the damages can be limited or made minimal. But this feat can only be inspired by genuine innovative leadership; a leadership that is competent.

As it appears, though not without a huge cost, Nigeria is most likely going to contain this virus, but it’ll be a result of our collective effort as a people channeled towards just one course; to contain the virus and minimize the damages. When that is achieved, if we must continue to survive as a nation and be better ready to combat future epidemic (there will be more epidemics), we must channel this same energy towards ensuring that we have the right crop of leaders in the helm of affairs across board, as well as sanitize our politics, governance process, citizens engagements and our dysfunctional institutions. We must flush out any interests, laws, personalities and practices that stand in the way of our collective good as a nation. This is the real revolt!

A citizens’ revolt in this sense will mean that our politics and governance structure will no longer be business as usual. We must stand firm to ensure that retail and institutionalized corruption is brought to a halt. To begin with, we can perhaps push for investigation into all allocations in the country’s health sector since independence to ascertain the true state of health infrastructure when compared to the allocations that have been made over the years. We must not hesitate to set examples with any erring official, whether serving or retired, dead or alive. This is the kind of revolt we must push for, if we must survive the next epidemic.

May I conclude this piece by aligning my thoughts with that of a very senior colleague – Paul James, who noted that “at the end, the king and the pawn end up in the same box.  The World will never be the same after this #COVID-19 experience. Hopefully it will see responsive leaders who will begin to build within, those amenities they seek outside”.

Michael Agada is a conflict management and development practitioner. He tweets @MichaelAgada

FLASHBACK: Nigerian Government Is The Biggest Sponsor Of B’Haram – Buhari

The case for caution with cryptocurrencies