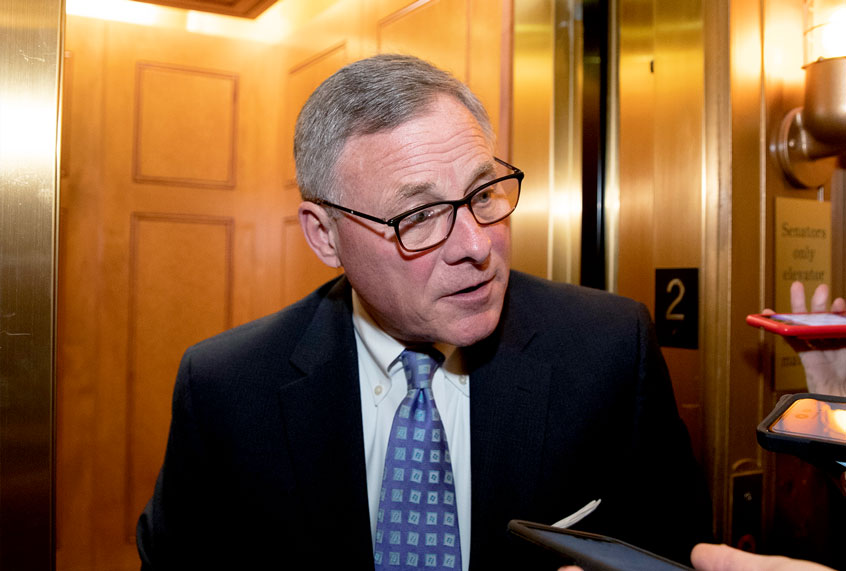 Sen. Richard Burr, R-N.C., was sued by a shareholder in Wyndham Hotels and Resorts on Monday for allegedly engaging in securities fraud during the early stages of the coronavirus pandemic.

The shareholder, Alan Jacobson, filed the federal lawsuit, which accuses Burr of liquidating his assets after receiving confidential information about the impact of the virus through his role as a U.S. senator. Burr unloaded stocks that subsequently plummeted in value after he wrote in a Fox News op-ed that “we are not only ready to face the coronavirus today but new public health threats in the future.” Wyndham stock had dropped from $59.96 on Feb. 19 to $25.03 on Monday.

“Senator Burr owed a duty to Congress, the United States government, and citizens of the United States, including Plaintiff, not to use material nonpublic information that he learned by virtue of his duties as a United States Senator in connection with the sale or purchase of any security,” Jacobson claimed in his lawsuit.

He added, “Had Plaintiff and the market known of the material nonpublic information in Senator Burr’s possession regarding COVID-19, and on which Senator Burr traded, Wyndham’s stock price on February 13, 2020 would have been substantially lower. Senator Burr and his wife sold up to $150,000 of Wyndham stock on that date, and therefore he and his wife pocketed up to $150,000 in illegal insider trading proceeds at Plaintiff’s expense.”

ProPublica revealed last week that Burr sold between $582,029 and $1.56 million in stocks on Feb. 13, before the extent of the coronavirus outbreak was known to the American public. Burr warned a group of North Carolina business leaders two weeks after selling his stocks that the virus would be “much more aggressive in its transmission than anything that we have seen in recent history,” even as President Donald Trump downplayed its risks.

Because some of the stocks that Burr sold were in the hotel and hospitality industries, which were hit hard by the outbreak, critics have raised concerns that Burr potentially abused his access to sensitive information about the pandemic. Burr asked Friday for the Senate Ethics Committee to investigate him, insisting that he had done nothing wrong.

“I relied solely on public news reports to guide my decision regarding the sale of stocks on February 13,” Burr said in a statement. “Specifically, I closely followed CNBC’s daily health and science reporting out of its Asia bureaus at the time. Understanding the assumption many could make in hindsight, however, I spoke this morning with the chairman of the Senate Ethics Committee and asked him to open a complete review of the matter with full transparency.”

Fox News host Tucker Carlson blasted Burr for selling the stocks during his program last week, demanding that the senator be held accountable if he indeed committed wrongdoing.

“Maybe there’s an honest explanation for what he did,” Carlson told his viewers. “If there is, he should share it with the rest of us immediately. Otherwise, he must resign from the Senate and face prosecution for insider trading.”

The Fox News host added, “There is no greater moral crime than betraying your country in a time of crisis. And that appears to be what happened.”

WHO chief urges end to ‘politicisation’ of coronavirus

This June, Maltina is all set to delight consumers and fans in Akure with a special edition of Gbenga Adeyinka’s