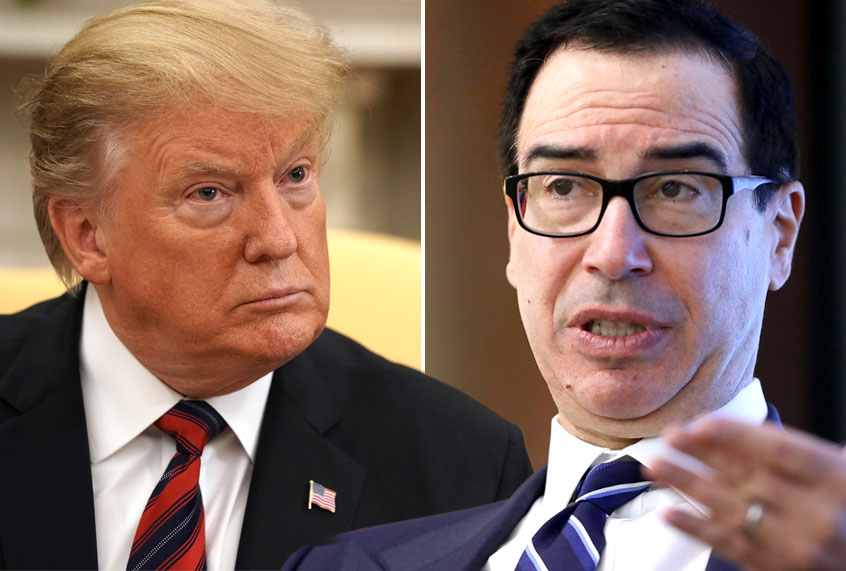 Treasury Secretary Steven Mnuchin said Tuesday that he and President Trump supported sending $1,000 checks straight to the American people as tens of millions face furloughs, layoffs and financial uncertainty as the coronavirus outbreak spreads — a major shift of the Overton window regarding direct cash assistance for Americans amid the pandemic.

“We are looking at sending checks to Americans immediately,” Mnuchin told the press. “Americans need to get cash now and the president wants to get cash now, and I mean now — in the next two weeks.”

Mnuchin reportedly said the administration “likes the idea of $1,000” for the checks, but declined to give an exact number in a press briefing or to say whether the proposal would be free of restrictions that could leave out people who receive other government benefits. He also suggested the program could be means-tested, telling reporters, “We don’t need to send people who make a million dollars a year checks.”

Still, the notion of direct cash assistance from the Trump administration would have been “inconceivable” just days ago, Washington Post economics reporter Jeffrey Stein tweeted.

“If the cash is genuinely unrestricted, it would be a historic move. While Americans received checks as part of the response to recessions in 2001 and 2008, those were sent out as rebates or refunds to taxpayers,” wrote Dylan Matthews at Vox.com. “Never before have all Americans, regardless of income, and including the poorest citizens who do not earn enough money to have positive income tax burdens, gotten checks.”

Mnuchin’s statement followed intense criticism of the administration’s previous economic stimulus proposal to offer a payroll tax cut to companies — a plan which would not help Americans in the immediate term and would carry no benefit for people who lose their jobs as a result of the public health crisis.

The suggestion that the federal government could send checks to tens of millions of Americans came a day after Republican Sens. Mitt Romney of Utah and Tom Cotton of Arkansas criticized an economic relief package from House Democrats for failing to deliver fast enough assistance to American workers. The bill left most workers out of its plan for paid sick leave, and the legislation was scaled back even further late Monday, limiting the benefit for the next 10 weeks to people who are out of work because they need to care for children.

The scaling back of the House bill and the administration’s potential offer of assistance, as well as the proposals put forward by Republican senators, has effectively placed Democrats to the right of the GOP regarding coronavirus aid, HuffPost reporter Zach Carter tweeted.

“A handful of Republicans are outflanking Democrats on coronavirus aid,” he wrote, sharing the plan of Sen. Josh Hawley, R-Mo., to send checks for several thousand dollars to families. “If Republicans move in this direction and Democrats keep insisting on narrowly targeted means-tested plans with a zillion carve outs for particular businesses, it will be a catastrophe for the Democratic Party.”

Last week, before the House passed its relief bill, Reps. Ro Khanna, D-Calif., and Tim Ryan, D-Ohio, proposed sending checks of up to $6,000 to every American earning less than $65,000. Rep. Ilhan Omar, D-Minn., also announced Tuesday on Twitter that she was planning to introduce legislation to offer $1,000 to every adult and $500 to every child in the country, with “no exceptions,” as well as direct stimulus to any small business that doesn’t lay off its workers during the crisis.

Other progressives in Congress applauded the Trump administration for considering direct cash payments — and pushed the president to move forward with other proposals for assistance to Americans. 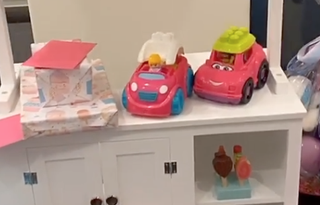