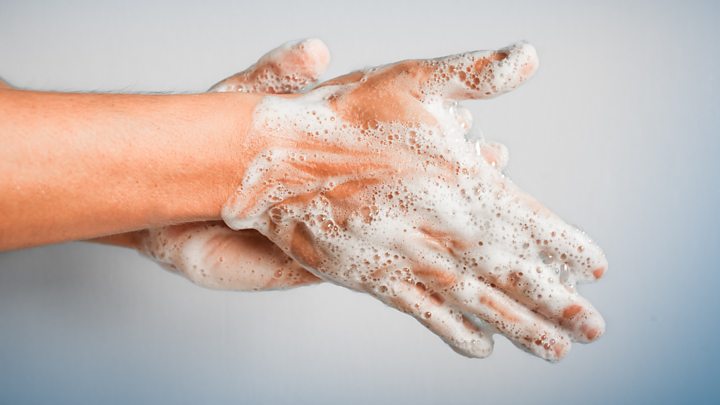 Official NHS guidance about coronavirus is to appear at the top of internet search results in an attempt to combat misinformation about the infection.

The NHS said firms including Google and Facebook will help relay health advice in search results for “coronavirus”.

In the UK, five people have died from the virus. There were 319 confirmed cases as of 09:00 GMT on Monday.

It comes as the Foreign Office warned British residents against all but essential travel to Italy.

A spokesman for the UK Foreign Office said: “The advice is that anyone who arrives from Italy subsequent to the Italian government decision should now self-isolate for 14 days.”

On Monday the Italian authorities extended strict quarantine measures to the entire country from Tuesday.

He said passengers departing on flights would have to justify themselves, as will all those who arrived by plane.

The NHS has unveiled a range of measures as part of its response to try to stop fake news being spread about coronavirus on the internet.

Searches for “coronavirus” on Google, Facebook and YouTube will now promote information from the National Health Service or the World Health Organization.

The NHS said it had worked with Twitter to take down an account claiming to be a hospital and spreading false information, while it is also speaking out against homeopaths promoting false treatments online.

Health Secretary Matt Hancock said the actions meant the public could access accurate health information “which is more crucial than ever as we continue our response to coronavirus”.

The UK is currently in the first phase – “containment” – of the government’s four-part plan.

On Monday, health officials said people who showed “even minor” signs of respiratory tract infections or a fever would soon be told to self-isolate for seven days in an effort to tackle the outbreak.

The change in advice could happen within the next 10 to 14 days, the UK’s chief medical adviser Prof Chris Whitty said.

It came after researchers in the US found it took five days for most people with coronavirus to show symptoms.

Prime Minister Boris Johnson also suggested the elderly and vulnerable could be asked to stay home in the near future.

The UK government has also announced it is to extend shop delivery hours to ensure that supermarkets have basic items, amid stockpiling concerns.

Transport Secretary Grant Shapps tweeted that he stood “ready to allow drivers’ hours to be safely and temporarily extended, if needed”.

He has also written to the European Commission, asking for rules on take-off and landing slot allocations at major airports to be relaxed during the outbreak.

Under European law, if flights are not operated, slots have to be forfeited.

Virgin Atlantic has confirmed it has been forced to operate some near-empty flights after bookings were dented by the coronavirus outbreak.

Meanwhile, US authorities are expected to fly home Britons who were on board the virus-hit Grand Princess cruise ship later, according to the Foreign Office.

There were 142 British people on the ship, which spent five days stranded off the coast of California.

However, one of the Britons on board, Jackie Bissell, told BBC Radio 4’s Today programme she had yet to hear from the ship’s captain about her departure.

“They haven’t said anything about when we can go,” she said. “It’s very unnerving to be left out here when we don’t know what’s going to happen.”

Elsewhere, crowds exceeding 60,000 are expected on all four days of horse racing’s Cheltenham Festival, which starts on Tuesday afternoon.

It comes after Culture Secretary Oliver Dowden said there was no reason to cancel such events due to coronavirus, although many other sporting fixtures, including the Six Nations and Formula One, have been affected.

Please include a contact number if you are willing to speak to a BBC journalist. You can also contact us in the following ways: 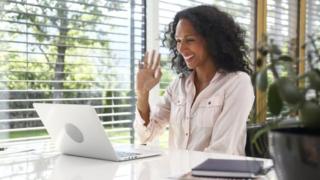 APC members, where are you? Please post your registration portal here and show us your online registration icon. Eugene Okojie, are you there? Ibhàkibho? ... See MoreSee Less

Are you missing me chronic liar Fabian 😂😂😂

Point of correction, Eugene is EPM not APC

Nigeria never do better thing online,na registration. They dont even av the register of their members.

*Today's Tea by DJ MOG*
June 1st, 2020.
God of Abraham, Isaac and Jacob, and lord of creation, may you protect all your children, the children of the covenant made with Abraham, and the children of the new covenant made through Messiah Jesus, this new month of June…, as it is written: the Lord is your keeper. The sun will not smite you by day, nor the moon by night. The Lord will protect you from all evil. A contend with those who will contend with you! In Jesus Wonderful name,, Amen.

We are proud of you sir. Higher you I pray sir

No power will stop you from becoming nig president

Thank you for sharing great man, there is a great joy that fill my heart from this video and i was deeply torch when that man said we dont have anything our lives and that of our children will commit into your hand

When Col. Dangiwa Umar speaks, Govt will do well to listen – Fani-Kayode