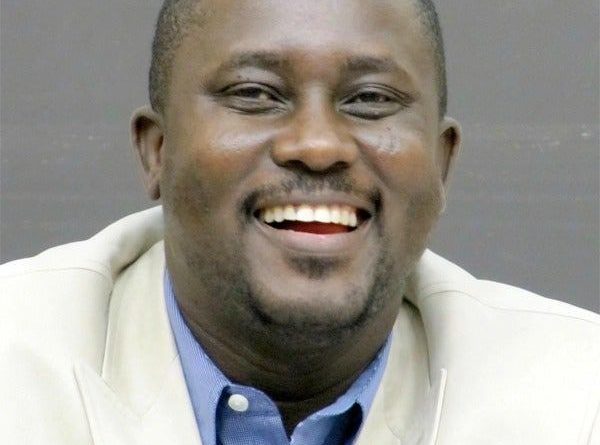 Pius Adesanmi was a brilliant scholar and teacher whose critical perspectives and opinions on literary issues and current affairs resonate beyond the classroom walls. He was a regular speaker at public fora where ideas are proffered and new directions sought for important matters of public interest  I had always been impressed by his multilingual approach to discourse, an affinity I share with him but mine was certainly not on the same pedestal, considering the effusive and consistent scholarly output that earned Adesanmi recognition and international acclaim.

For a critical appraisal of texts that originate from diverse cultural milieux, it is quite delightful and more rewarding academically to have a good knowledge of languages. In my opinion, a monolingual Writer or Critic cannot achieve the same level of profundity in textual evaluation when compared with a multilingual Writer or Critic who interrogates the thoughts and expressions of peoples with ample insights as a result of his understanding of their languages. This is where Adesanmi, who spoke and wrote proficiently in Yoruba, English and French, also excelled.

Facebook, the revolutionary social media behemoth was one of the channels through which Adesanmi disseminated his viewpoints and he had an impressively large following. After his tragic death I was inclined to read some of his postings on his Facebook page and the one he wrote on December 8, 2018 quickly caught my attention because I had the same experience many years ago. He narrated how he reunited on the phone with one of his old friends ‘lost’ for twenty-five years. It was “a riotous union”, he said, describing the usual noise and camaraderie banters that accompany such reconnection. His friend, who Adesanmi did not name, then handed the phone to his wife and wife to their children to greet the big Prof in Canada.

Adesanmi spoke Yoruba to the children but to his shock and chagrin, they could not speak Yoruba back, only for their father to grab the phone back to announce lamely: “Pius, they speak only English”. The professor was alarmed, as he clearly expressed it in that Facebook post. Hear him: “Two Yoruba kids who have never left Nigeria speak only English?”

This was Adesanmi’s discovery in 2018 but I had my own encounter in 1993 with Yoruba parents whose children do not speak Yoruba. I had visited the parents in Isolo, a suburb of Lagos, to discuss a magazine project they wanted to involve me in. As I was discussing with them, two lively kids broke in. I hugged them momentarily and I spoke Yoruba to them. But I saw that they were looking at me awkwardly without uttering a word. I was surprised but before I could ask any question their father chimed in: “They don’t speak Yoruba”. The children don’t speak Yoruba and both parents were well-schooled Egba people from Abeokuta!

Besides, these parents spoke Yoruba every day to other family members, relatives and friends in Lagos, a predominant Yoruba City where they lived. Meanwhile, they were raising children who do not understand anything about Yoruba language and culture.

In a child’s development, the right exposure to language in the formative years is so important. Language and value systems that the child can imbibe at that tender age are what will mould him to that desirable end product that will not only benefit his family but society at large. The mother tongue or the local language is the direct transmitter of the people’s heritage to the child. A child will suffer sociological dislocation and ultimately face a crisis of identity as an adult when this historical and cultural stimulation the indigenous language should provide in his development had been completely neglected.

That’s part of the crisis we face today in our educational system. Many parents feel it is chic or sophisticated to have their children groomed in the western way of life. The children must start speaking English from home and depending on how rich the parents are, they will proceed to the best kindergarten and high schools in the country where the curricula are modelled along with the British or other foreign nations’ educational system

These children don’t speak Yoruba or any other Nigerian language, and they are usually cocooned from the public, the system protecting them to grow up completely alienated from their own environment

The elite and the middle class are not the only ones complicit in this flagrant disregard of our language and culture, the government who should lead in policy formulation, implementation and enforcement have largely turned the blind eye.

It will not be out of place for the Federal Government to insist that children in elementary and high schools should learn their mother tongues or make it compulsory for students to score credit in one major Nigerian language before gaining entry to any higher institution. Such a policy will create significant attention for local languages and help instil fear in parents to take seriously the learning of these languages by their children.

I was taught in Yoruba and English in my elementary and high schools decades ago and I gave equal devotion to what both languages offered. But if you ask me which language actually developed my fecund imagination and set me on the path to creative writing, I would proudly tell you it is Yoruba

It was J. F Odunjo’s  Alawiye in elementary school and D. O Fagunwa’s books in high school, those legendary authors who wrote only in Yoruba, that made me discover the charms of poetry and storytelling.

It is in the Yoruba poems, as distinct from the British nursery rhymes, that I first discovered that poetry can offer more than rhythm and sound, as it can edify with didactic messages

For example, look at this one I learnt in elementary school:

This short poem, translated it means:

Turn your leg the other way

Do not match on that insect

This insect that you cannot create

This poem in my childhood made an impregnable impression on me. For the first time, I learnt that all living things, including insects, were created by God and there was no need to kill them if they did not hurt anyone. So interestingly I began to pay more attention to insects. I could not afford to kill a grasshopper or butterfly. I would pick them on flowers, play with them, then fling them into the air to continue their flight. Gradually I began to know insects that were harmless and those that were harmful, including reptiles and animals. I could not hurt or kill any of them that didn’t pose any danger to me

Children need to be taught to love, to respect their neighbours and to be helpful to strangers. Besides, they should be taught to appreciate nature, the green vegetation around them, the flora and fauna and why they should not destroy them. This way they will grow up to be responsible adults, kind, patient and tolerant of others

Today when I hear that a man held a knife to someone’s neck and slaughtered him, the questions I ask are these: which home does the murderer come from? which school did he go to? which teachers taught him and which books did he read?  We have to go back to where we got it all wrong, and that is re-engaging our history and culture by emphasizing our local languages that define who we are.

The preeminent Author and International Scholar, and one of the foremost advocates for the validation and preservation of Indigenous languages, Professor Ngugi Wa Thiong’o spoke about this when I visited him in his Irvine office at the University of California in 2002.

He said there is a great danger for Indigenous languages to be weakened, disabled or caused to disappear entirely for foreign languages, and he emphasized, quoting him: “Where a language disappears, the history of a people disappears with it”.

Sunny Ayewanu is a Poet, Prose Writer and author of four books. His poems and short stories have appeared in anthologies in Nigeria and overseas. His collection  Flowering Bullets,  which depicts in grim details the evil of violence and war was runner-up in the ANA Prize for Poetry in 1998. His other experimental work  Four Seasons of Solitude and Poorverty(Poetry in Bad English, Apex Books 2001)is a unique transliteration of the locals’ viewpoints as they engage socio-cultural problems, even colonial and neocolonial issues confronting them in their society

He was also the Editor of the ephocal anthology of Poems and Short stories  Passport to the New World, the first and only book in the world published in 2001 to commemorate the third millennium

Ayewanu has published several articles on socio-cultural issues in Nigerian newspapers and has been invited as guest speaker to several literary events.

He has been invited to international fellowships in France, Switzerland and the United States, including the prestigious  International Writing Program  (IWP) of the University of Iowa, USA.

FIRS dragged to court over alleged hijacking of NIPOST duty