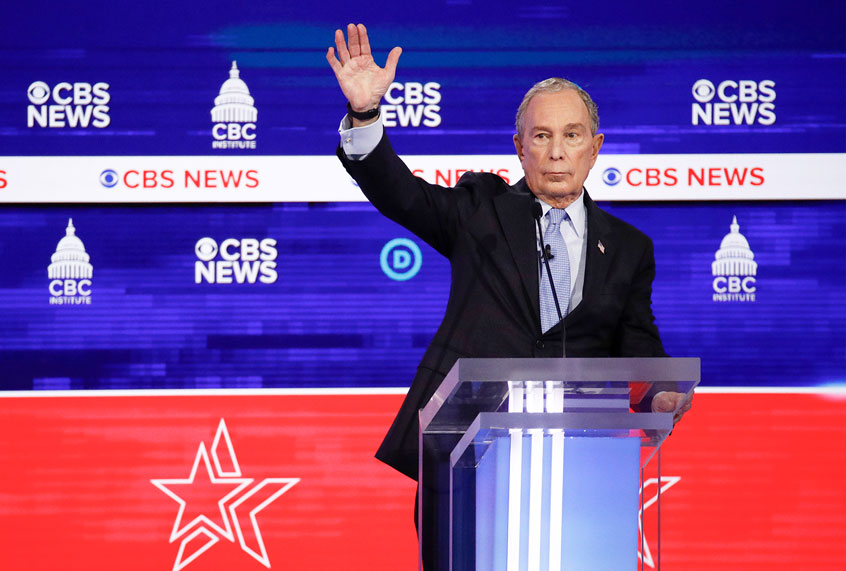 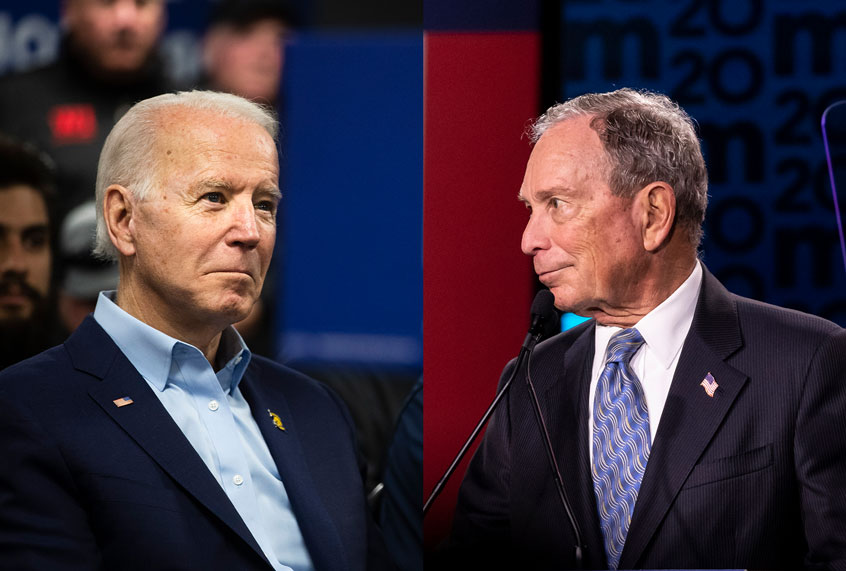 Bloomberg announced that he would suspend his campaign Wednesday after he failed to finish in the top two in any of the 14 nominating contests held on Tuesday. The billionaire former Republican endorsed former Vice President Joe Biden, who reemerged as the frontrunner after piling up wins across the country.

“Three months ago, I entered the race for President to defeat Donald Trump. Today, I am leaving the race for the same reason,” Bloomberg said, “because it is clear to me that staying in would make achieving that goal more difficult.”

“I’ve always believed that defeating Donald Trump starts with uniting behind the candidate with the best shot to do it. After yesterday’s vote, it is clear that candidate is my friend and a great American, Joe Biden,” he added, one day after accusing Biden of taking away his votes.

Biden thanked Bloomberg, whose war chest could benefit his resurgent campaign, for his support Wednesday morning on Twitter.

“I can’t thank you enough for your support—and for your tireless work on everything from gun safety reform to climate change,” the former vice president tweeted. “This race is bigger than candidates and bigger than politics. It’s about defeating Donald Trump, and with your help, we’re gonna do it.”

After spending more than $500 million, including $224 million in Super Tuesday states alone, to flood the airwaves with ads touting his “electability,” Bloomberg failed to reach the 15% viability threshold needed to win statewide delegates in 10 of the 14 states that voted on Tuesday. Bloomberg’s lone win came in American Samoa, where he netted five delegates. Bloomberg has been allocated just 44 delegates as of 10 a.m. ET Wednesday, though he may receive more as votes continue to be counted.

Bloomberg, who entered the race late, skipped the first four nominating contests on the primary schedule to focus on a strategy of winning big in key states on Super Tuesday. Instead, the billionaire appears to have fallen short of reaching the 15% threshold in the delate-rich states California and Texas, the two biggest contest of the night, though votes are still being counted. He also failed to win any delegates in North Carolina and Virginia, where he built up large teams and spent a combined $33 million since January, according to CNN.

Former Vice President Joe Biden, who spent just $360,000 in Virginia, won nine of Tuesday’s races, even though he did not campaign or spend money in five of them.

Despite spending around $5.1 million per every delegate he won on Super Tuesday, Bloomberg spoke to supporters as though he was on the verge of a breakthrough.

“As the results come in, here’s what is clear: No matter how many delegates we win tonight, we have done something no one else thought was possible,” he said Tuesday. “In just three months, we’ve gone from 1% in the polls to being a contender for the Democratic nomination for president.”

But aides told Politico that Bloomberg flew from Florida back to New York on Tuesday night for a “day of reckoning.”

“This isn’t going as planned,” one of his advisers admitted to CNN.

Bloomberg’s announcement comes after he already spent tens of millions in upcoming states. Events in Florida, Michigan, and Pennsylvania were planned for later this week.

With Bloomberg out, Sen. Elizabeth Warren, who finished third in her home state of Massachusetts, and Rep. Tulsi Gabbard, D-Hawaii, who won her lone delegate in American Samoa, as the only other Democrats who remain in the race beside the two frontrunners.

“Elizabeth is talking to her team to assess the path forward,” a campaign aide told The Hill.

Gambari takes over as Buhari’s new CoS