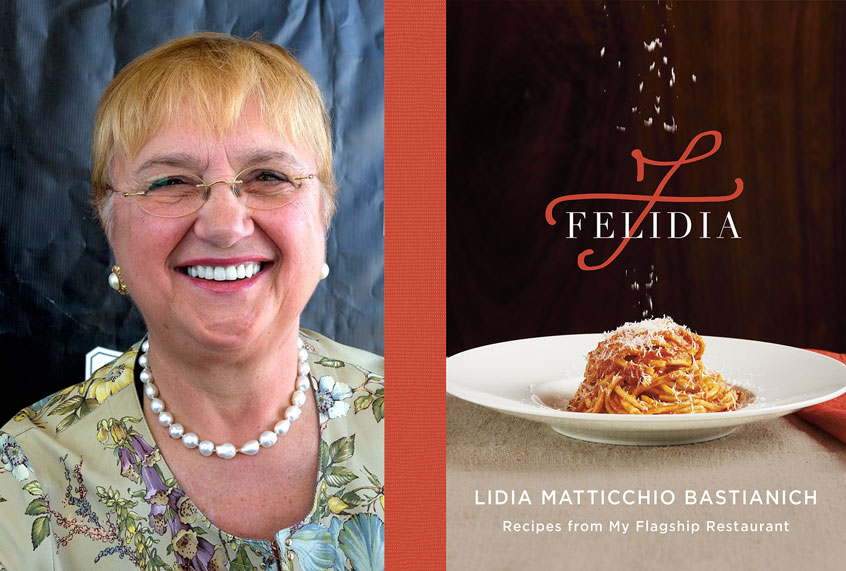 At Felidia, we serve several different versions of tiramisù. This version, with limoncello, is a bit higher in alcohol content and is inspired by the traditional delizia al limone that is so popular along the Amalfi Coast.

Remove the zest of two or more of the lemons, using a fine grater, to get 2 tablespoons of zest. Squeeze out and strain all five or six lemons to get ¾ cup fresh lemon juice.

For the soaking syrup, combine the lemon juice, 1 cup of the limoncello, 1 cup water, and ½ cup sugar in a small saucepan. Bring to a simmer, just to dissolve the sugar. Transfer to a shallow pan, and let cool completely.

For the zabaglione, bring a medium saucepan of water to a simmer. Put the egg yolks in a metal bowl that is large enough so it will fit on top of the saucepan, to make a double boiler. Off the heat, combine the yolks and ¼ cup of the sugar. Whip with a handheld electric mixer at high speed until the mixture is thick, pale, and fluffy, about 3 minutes. At low speed, slowly add the remaining limoncello. Once all of the limoncello is added, whip at high speed again, to aerate and incorporate it, about 30 seconds.

Set the bowl over the simmering water and whisk the egg yolks constantly with a balloon whisk, being sure to whisk the entire contents of the bowl to avoid getting pockets of scrambled eggs, until the mixture is very thick and forms ribbons that slowly melt back into itself when you lift the whisk from the zabaglione, about 7 to 8 minutes. Remove from heat, and whisk until cooled, about 2 minutes.

In another large bowl, stir the mascarpone with a wooden spoon to soften it, drop in the grated lemon zest, and beat it until light and creamy. In another bowl (or in an electric mixer), whip the egg whites with the remaining ¼ cup sugar until the mixture holds moderately firm peaks. When the zabaglione is cooled, scrape about a third of it over the mascarpone, and fold it in with a large rubber spatula.

Fold in the rest of the zabaglione in two or three additions. Now fold in the whipped egg whites in several additions, until the limoncello-mascarpone cream is light and evenly blended. One at a time, roll a ladyfinger in the cooled syrup, and quickly place it in a 9-by- 13-inch Pyrex pan. Wet each cookie briefly— if it soaks up too much syrup, it will fall apart. Arrange the moistened Savoiardi in neat, tight rows in the pan, filling the bottom of the pan completely. You should be able to fit about twenty Savoiardi in a single layer.

Cover the Savoiardi with half of the limoncello mascarpone cream in a smooth layer. Dip and arrange a second layer of Savoiardi in the pan, and cover it completely with the remainder of the cream. Smooth the cream with a spatula, and seal the tiramisù airtight in plastic wrap. Refrigerate for 6 hours or up to 2 days, or put it in the freezer for 2 hours, before serving.

To serve, cut portions of tiramisù in any size you like, and lift them out of the pan onto dessert plates. It looks great served with a bit of candied lemon peel on top.

Like this recipe as much as we do? Click here to purchase a copy of Felidia: Recipes from My Flagship Restaurant. 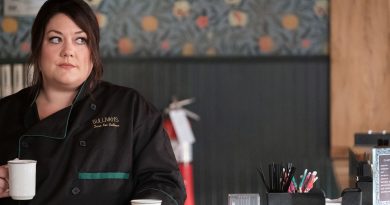 In a post-Mueller world, Jared Kushner is the “kingmaker” in Donald Trump’s White House

The Accra-based popular radio station, Hot 93.9FM has won massive credibility and reputation, as they are the first media house