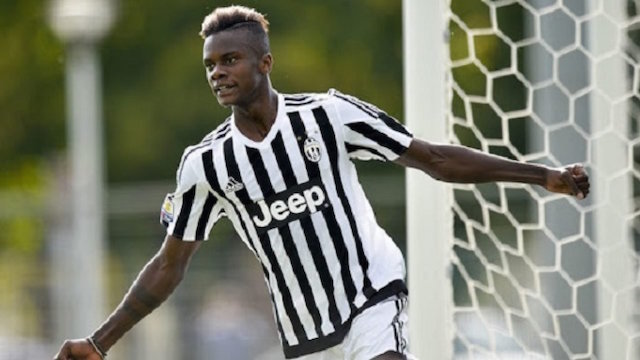 Pianese striker, from the Italian third division, had his infection confirmed on Wednesday night; technical committee and other team players are in quarantine.

After confirming 17 deaths and more than 600 coronavirus infections on Thursday (27), Italy registered the first case of the disease in football. Striker Paul Akpan Udoh, known as King Udoh, 22, had his infection confirmed last Wednesday night after showing flu symptoms.

Udoh is admitted to a hospital in Siena, but, according to his manager, “he is clinically recovered and without fever”.

The Nigeria-born Italian player plays for Pianese, who play in the country’s third division. This was his best season as a professional – 19 games as a starter and five goals scored.

Last Sunday, his team was on the pitch to face the Juventus sub-23, but Udoh was spared because of his physical condition. Still, Pianese announced that all of its players and staff are quarantined and asymptomatic.

Juventus also prevented and vetoed the athletes of the sub-23 to train with the professional squad, which counts, for example, with Cristiano Ronaldo.

It was at Juve that Udoh started his career. At the club’s base, he participated in two editions of the U19 Champions League. He scored a goal in the tournament in 2014, but it was not enough for his stay and rise to the professional.

In 2016, the striker was loaned. He went through five small clubs until he left Juventus for free. During that time, he only played for Pontedera, the team for which he scored his first goal as a professional. Even so, in every game he entered, the player started on the bench.

ITALIAN CHAMPIONSHIP
Serie A, responsible for the Italian championship, reported that at least five matches of the next round will take place with closed gates. The situation has already occurred in the duel between Inter Milan and Ludogorets, from Bulgaria, for the second phase of the Europa League.

Other games had already been suspended due to the increase in coronavirus cases. Italy is the country outside Asia with the most deaths from the disease to date. The highest incidence of cases was reported in the Lombardy region.

While speaking to a grassroot team affiliated to Udoh, the management of Blessed Stars Football Academy said they wish him quick recovery and the whole team is praying for him. Expansion works are ongoing at some health facilities in the Ashanti Region where persons with COVID-19 infections are being treated.