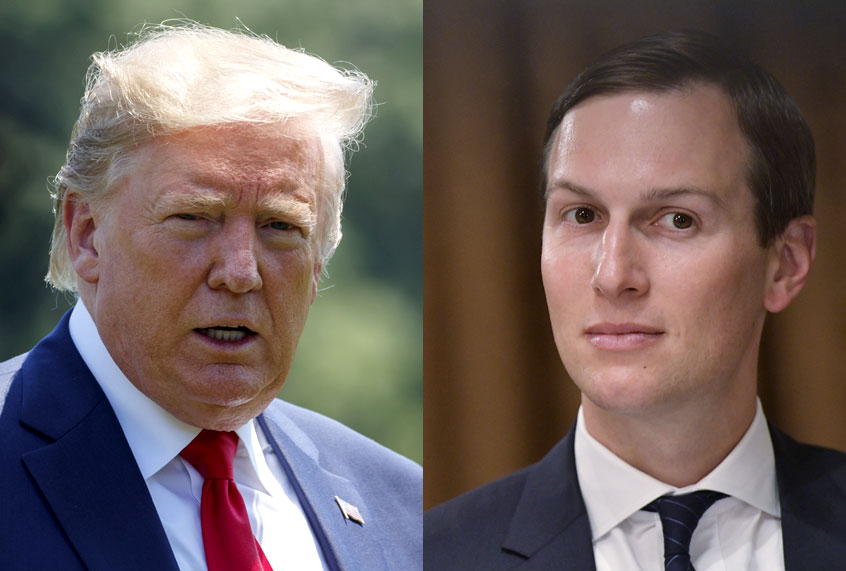 Jared Kushner vowed on Friday that a second term from his father-in-law, President Donald Trump,  would be both efficient and drama-free.

The senior White House adviser claimed that Trump’s re-election campaign was running smoothly, much as the president’s second term supposedly would, while speaking with organizer Matt Schlapp at the Conservative Political Actions Conference (CPAC).

“The way that you see the campaign being run, there’s no leaks. There’s no drama. I would say it’s high-competence, low-drama,” Kushner said. “Everything is very efficiently run, and I think that’s exemplary of how President Trump would run his second term in office.”

“It’s a sh*tshow,” a source who worked on Trump’s 2016 campaign told him. “There’s a revolt against [campaign manager Brad] Parscale.”

Since then, the campaign has been on a “crusade” against leaks, Politico reported.

Kushner said Friday that Trump’s first campaign succeeded, because “he made a lot more good decisions than wrong decisions.”

The campaign, which featured Trump saying incredibly racist things about immigrants, incredibly sexist statements about women, attacks on Gold Star families, a campaign event that cheated veterans out of millions and mockery of a disabled reporter ended with Trump losing the popular vote by a margin of nearly 3 million while clinching the Electoral College with the aid of less than 80,000 combined votes in Pennsylvania, Wisconsin, and Michigan.

“He’s not afraid to take on challenges because they’re too hard, and that’s what you need from a leader,” he said.

Trump’s son-in-law also complained that the president did not get a “honeymoon period” after his inauguration because of how hated he allegedly was in Washington.

“He didn’t adapt to Washington,” Kushner said. “He’s forcing Washington to adapt to him, which is good.”

While other politicians try to do what is popular according to poll numbers, Trump does the opposite, Kushner claimed.

“A lot of politicians follow the polls,” he said. “He actually brings the polls to his positions. He can really change polls.”

Kushner’s comments came after polls revealed that a majority of Americans backed Trump’s removal from office before Senate Republicans acquitted him mostly down party lines. His interview also came on the same day that Trump lashed out at Fox News after its latest poll showed him losing to every leading Democratic candidate.

Thank you my respected senator. You have said it all & hopefully , your message is truth & life. We miss you in the floor of the senate.

A man for all seasons , may God continue to bless you. ... See MoreSee Less

What are they doing

The Launching Of #5G Technology In #Nigeria, Powered By MTN