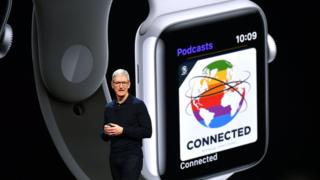 Apple’s chief executive Tim Cooke said the company would open its first physical stores in India in 2021 and a online outlet later this year.

Apple had to seek special approval from the Indian government to open a store without a local partner.

The announcement was made at the company’s annual shareholders’ meeting.

Investors at the meeting also voted on a proposal that the firm should alter how it responds when governments ask it to remove apps from its marketplace.

Though the measure wasn’t approved, it failed by a slimmer margin then similar proposals in the past.

Apple’s move into India, the second largest smartphone market in the world, has been expected for some time, but the announcement of a date was new.

In 2018 India changed the laws that prevented foreign brands from opening single-brand stores in the country. Nevertheless Mr Cooke said India had wanted Apple to open its store with a local partner.

Mr Cooke told investors he didn’t think Apple would be a “good partner”.

“We like to do things our way,” he said.

Apple sells its products through third-party stores in India at the moment. But its sales lag competitors Samsung and Huawei.

With demand for Apple products slowing in China – even before the outbreak of Coronavirus – the firm is hoping it can spur growth in other developing markets like India.

Apple investors also voted on a proposal meant to change the way the company handles requests by governments to remove applications from its App Store.

The proposal would have forced Apple to publicly commit to respecting “freedom of expression as a human right.”

The measure was tied to Apple’s removal of apps by the Chinese government, including an app that allowed protestors in Hong Kong get around China’s internet restrictions.

Supporters of the measure said Apple was complicit in Chinese human right abuses when it gave in to requests to remove these types of apps.

The measure was voted down but received nearly 40% of the vote.

Similar measures have been proposed in the past but have never received as much support.

Mr Cooke also addressed the impact that coronavirus is having on Apple’s operations.

The tech giant warned investors early this month that it expected to miss its quarterly earnings estimate because of the outbreak. Many of the Chinese plants that make components for Apple products – like its iPhones and MacBook laptops- have been closed or operating at with limited capacity to reduce the spread of the disease.

The shareholders meeting also allowed investors to ask Apple executives questions about the company’s other development.

One investor asked why the company had not bought the rights to the upcoming reunion of the TV show Friends – which is slated for HBO Max.

Mr Cooke said a spinoff would not be keeping with the brand of Apple TV Plus – which is focused on original content. 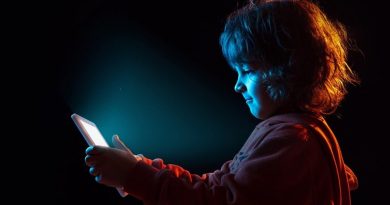 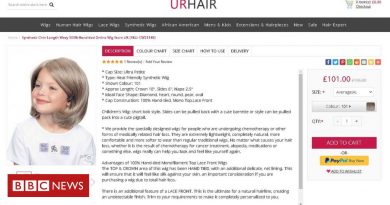 Consumers of the national grid have started enjoying the waiver of electricity, as was announced by the President of the