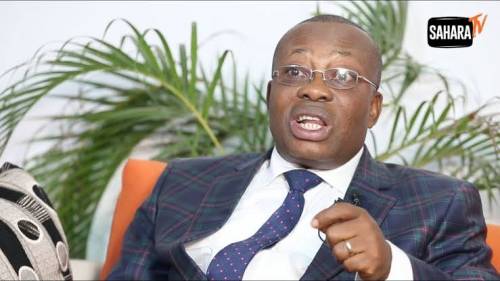 With the Blind Lady sign herein, I am sure friends will expect me to talk about the earth-quaking judgment of Justice Okon Abang sending Olisa Metuh, former PDP stalwart, to prison for seven years for sundry offences during the reign of former President GEJ. The topic for that discussion is reserved to a later date.

My recent experiences with our criminal justice sector is not too palatable and I have tried very much to bear it but the more I try the more I get terrible heart ache. Before now I have seen many hardened criminals, I mean unrepentant criminals escape justice due to the incorrigible system we are operating in Nigeria. I have been a participant or an observer of criminal proceedings in which accused persons now known as defendants are discharged from prosecution due to non diligent prosecution of the case.

The beginning of such sad incident at the magistracy usually starts with the police prosecutor ( heard that the Lagos State Government want to phase out police handling of criminal prosecutions  in the state, which I consider a healthy development) telling the court that the witnesses, especially the Investigating Police Officers are not in court and all his attempts to bring them to court have  proved abortive. The next you will hear is that he is seeking the indulgence of the court for an adjournment.

Most patient magistrates will entertain such adjournments up to 10 times before striking out “for want of diligent prosecution”. These cases clog the court docket up to four or five years or more with no positive result at the end the day.

In these instances just narrated above, several criminals (though presumed innocent by our constitution) have ran away from justice and of course very soon they are back to the court for another crime as there are no deterrent punishment for the previous ones committed.

The worst scenario is now at the various High Courts and Federal High Courts  across the federation. To be sincere I am handling some of these cases in the High Court, Lagos, presently in which I think if the prosecution should come up with diligent handling, the defendants should smell the rod in Correctional Centres. Alas, the witnesses for the prosecution are nowhere to be seen.

It can be frustrating for the prosecution no doubt. Several times I pity them (state counsels) when they announce those names of witnesses who are supposed to be in court and none responds. I am not happy telling the court that again the prosecution has failed to produce his or her witnesses and the court should strike out and decongest its docket for want of diligent prosecution. What I am supposed to do in the circumstances if not applying that the case be struck out? Am I happy doing it, certainly “No”.

What we should do

My recommendation is that at the investigation stage, the witness must be made to swear to an affidavit that he or she must be prepared and willing to prosecute his or her case after investigation and any failure will attract a penalty to be prescribed by law. The investigating police officers must also be ready at the expense of the government to attend every court proceedings in which they are to give evidence having investigated same.

Even though on transfer, any investigating police officer must be made to come back to complete his or her evidence in any criminal investigation he or she had carried out. Every state should enact a law to take care of these vital stakeholders in the administration  of criminal justice sector to solve this perennial problem that have allowed many criminals even though presumed innocent by law to escape the long arm of justice.

I always feel violated when I see hardened criminals escape justice due to the rustic system we are operating. This must stop as consequences of allowing this to continue is better imagined.

Arrest those involved in misappropriation of NDDC funds — Tony Abdullai 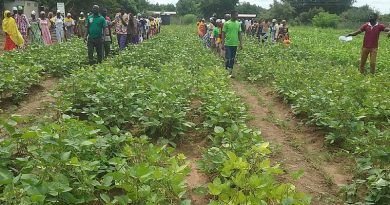 Five people suspected to be involved in the painful murder of Ekow Kwansah Hayford, the New Patriotic Party (NPP) MP