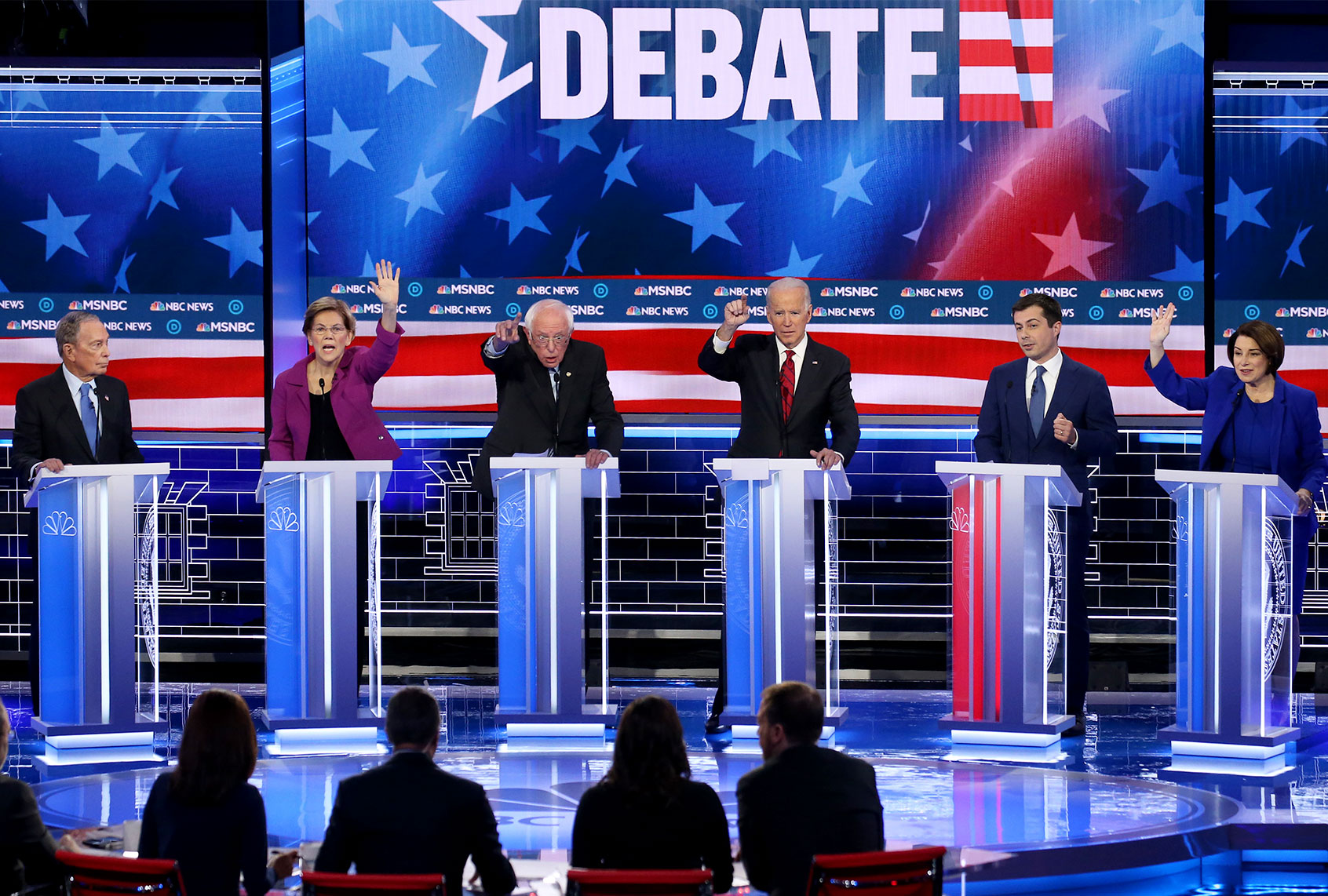 Tonight’s Democratic primary debate is being held in Charleston, South Carolina, in anticipation of Saturday’s primary in that state. But really, everyone’s looking forward to the big prize of Super Tuesday, just three days later, in which 14 states, one U.S. territory and Democrats Abroad will vote. Super Tuesday this year includes California (for the first time) along with Texas, the two most populous states in the country. So a huge chunk of delegates will be awarded: 1,357 out of nearly 4,000 in all. A big win for the current poll leader, Sen. Bernie Sanders of Vermont, next Tuesday could mean a virtual shutout of other candidates, and quite likely the end of several campaigns. Conversely, if someone else — such as Sen. Elizabeth Warren of Massachusetts or former Vice President Joe Biden — scoops up a surprisingly large chunk of delegates, this could still become a real race between two or even three candidates.

A lot is on the line, so tonight’s debate may be an even bigger deal that last week’s sizzler in Las Vegas, which was watched by a record 20 million viewers and featured a slam-dunk display by Warren, who ripped former New York mayor and multi-billionaire Mike Bloomberg limb from limb for his attempts to buy the nomination. Many Democratic primary voters remain undecided, so there’s a real chance that this debate could make a serious difference in the race.

So here’s what to look for in the Charleston debate, which will begin at 8 p.m. Eastern time on CBS.

Will this be a repeat of Warren’s performance from last week? Coming out of the Las Vegas debate last week, the only news was Warren’s barn-burner of a debate performance. Most of the focus was on how she wrecked Bloomberg, but unfortunately his advertising blitz has held him steady in the polls behind Sanders. But every candidate took some devastating criticism from Warren, who decided to stop trying to be a “unity” candidate and start showing voters she has what it takes to beat Trump.

Will she do it again? Sequels, as we all know, can be risky — but sometimes they can be “Godfather II” or “The Empire Strikes Back.” Warren has nothing to lose at this point: If she doesn’t make significant gains on Tuesday, she’s probably out of the race. She would be well-advised to come out swinging again.

Will Sanders finally take some real damage? So far, most candidates — besides former South Bend, Indiana, mayor Pete Buttigieg — have been reluctant to court the vicious backlash that comes from criticizing Sanders, a decision that has no doubt contributed to his current poll leader status.

Still, Sanders has some weak spots that are no doubt tempting to go after, especially since this may be the last real chance for other candidates to slow his roll. Just this week, Sanders went on “60 Minutes” and was asked about his 1980s comments that Cubans didn’t rise up against dictator Fidel Castro because “he educated their kids, gave their kids health care, totally transformed society.”

Instead of backing down, Sanders complained that while he condemns authoritarianism, Castro promoted “a massive literacy program” and that’s not “a bad thing”. On Monday, he dug in, saying that while “China is an authoritarian country,” it is also true that the Chinese regime has “taken more people out of extreme poverty than any country in history.”

These comments are widely viewed as politically toxic, particularly if one desires to win Florida, where an increasingly Democratic Latino population is seen as likely to snap back to the Republicans if provoked on the issue of the Castro regime in Cuba. Sanders has a perceived electability problem, and it’s an open question whether his opponents will overcome their fear of backlash enough to challenge him directly on this stuff.

Last stand for Buttigieg, Biden and Amy Klobuchar. The Minnesota senator burned up all of the goodwill from her surprisingly robust finish in New Hampshire by spending the last debate bickering with Buttigieg. She finished a dismal sixth in Nevada and has no realistic path forward after (maybe) winning her home state on Super Tuesday. Mayor Pete, in turn, got in a number of licks on other candidates, but they got lost in the maelstrom Warren brought to Las Vegas. It’s difficult to imagine Buttigieg winning any states in the next week, or even amassing more than a handful of delegates. Similarly, although Biden may yet squeeze out a victory in South Carolina on Saturday, he’s been unable to come up with a viable narrative or even a vaguely compelling reason why people shouldn’t abandon ship now that his star is fading.

It’s just possible that one of those three could turn in a debate performance that puts them back in the running, especially now that voters outside political-junkie circles are tuning in. It’s also incredibly unlikely.

Will Bloomberg live up to his ads? Bloomberg had a miserable debate for his debut in Las Vegas last week: He came off as prickly, wooden and contemptuous of the mere mortals who live without billions of dollars. No doubt many pundits expect him to have learned from his failures and do better this time. Those pundits are failing to understand how being unbelievably rich can shield a person from the self-awareness required for such improvements, especially in such a short period of time.

Tom Steyer will be there. Money really can buy a lot of support, and the presence of two comically inept billionaires on the debate stage is proof of concept. If Steyer is less obnoxious than Bloomberg, that’s a really low bar — and given that he more or less echoes Sanders and Warren’s positions, it’s unclear why he’s not supporting one of them.

This debate is going to be, above all things, a weird one. On one hand, the stakes are incredibly high, as beating Trump in November may be the only way to save American democracy. On the other hand, the debate itself is likely to be bogged down in meaningless squabbles over minor differences in health care policy, while largely ignoring the existential threat to our nation. No doubt there’s a profound conclusion to be drawn from that dissonance, but for the life of me, I can’t say what it is. One saving grace: If there’s a clear leader and prospective nominee after Super Tuesday, we may be spared the next debate, tentatively scheduled for March 15. 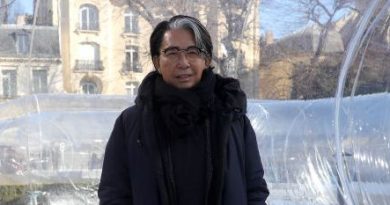 How to beat Trump’s vote-trolling: Virginia and Wisconsin show the way

“Parasite’s” Bong Joon-ho: “Voyeurism is an essential part of cinema”