YouTuber Kian Lawley says he “became a better human” after a video of him using a racist term resurfaced in 2018.

It resulted in him being fired as an actor from a film inspired by the Black Lives Matter movement.

The 24-year-old admits he “messed up” but insists “nobody’s perfect”.

Speaking exclusively to Radio 1 Newsbeat he explains the online criticism he received was “scary” and he didn’t know what impact it would have on his career.

“It was a really big part of my life,” Kian tells Newsbeat at VidCon London, a convention for vloggers and fans that features some of the world’s biggest social-media stars.

Kian used the racist term while rapping with friends.

The controversy led to Kian also being dropped from his talent agency – with the film makers of The Hate U Give explaining he had been removed due to “his past comments and behaviour”.

Set predominantly in a black community, the main character Starr begins to question her place in society and the private school where she is one of a few non-white students.

Kian originally played Chris – Starr’s boyfriend – one of the only major white characters in the film.

After the racism controversy the role had to be recast and scenes were reshot with Riverdale actor, KJ Apa, replacing him as the character of Chris.

I respect Fox’s decision to recast this role for The Hate U Give as it is an important story, and it would not be appropriate for me to be involved considering the actions of my past. I understand the impact and I have grown a lot and learned since then.

The fallout meant Kian, who has 17m followers across social media, experienced “cancel culture” – when someone is boycotted online for something problematic they’ve said or done.

At the time he said he “understood” that “words have power and can do a lot of damage”.

He took a break from posting videos on his YouTube channel and says he knows he was “in the wrong”.

Kian says he used the break “to re-establish and re-find” himself but accepts “not everyone’s going to be on my side”. 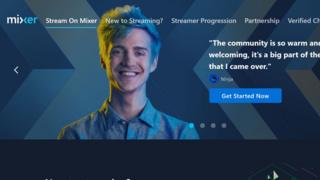 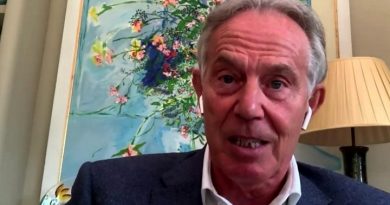 Tony Blair: It is common sense to move toward digital IDs 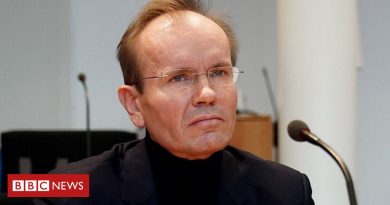 Not all posts deserve response. Enojie, show yourself. If you really desire this discourse.

Man without money goes through terrible humiliation and shame. May God richly bless every men with a good source of income.🙏 ... See MoreSee Less

The Overlord of Dagbon kingdom, Yaa-Naa Abukari II has been sworn in as President of the Northern Regional House Chiefs